UN Photo/Jean-Marc Ferre | UN Secretary-General António Guterres speaks at the University of Geneva, launching his Agenda for Disarmament, on 24 May 2018.

The United Nations chief announced a bold new vision for global disarmament on Thursday, to help eliminate nuclear arsenals and other deadly weapons from a world that is just “one mechanical, electronic and human error away” from destruction.

“The United Nations was created with the goal of eliminating war as an instrument of foreign policy,” Secretary-General António Guterres said, unveiling his new agenda, entitled, Securing Our Common Future, at the University of Geneva, in Switzerland.

“But seven decades on, our world is as dangerous as it has ever been,” he warned.

“Disarmament prevents and ends violence. Disarmament supports sustainable development. And disarmament is true to our values and principles,” he explained.

We are one mechanical, electronic or human error away from a catastrophe that could eradicate entire cities from the map – UN chief Guterres

The launch comes at a time when “arms control has been in the news every day, sometimes in relation to Iran and Syria, sometimes the Korean Peninsula,” said the UN chief.

First, he stressed that disarmament of nuclear, chemical and biological weapons could “save humanity,” noting that some 15,000 nuclear weapons remain stockpiled around the world and hundreds are ready to be launched within minutes. 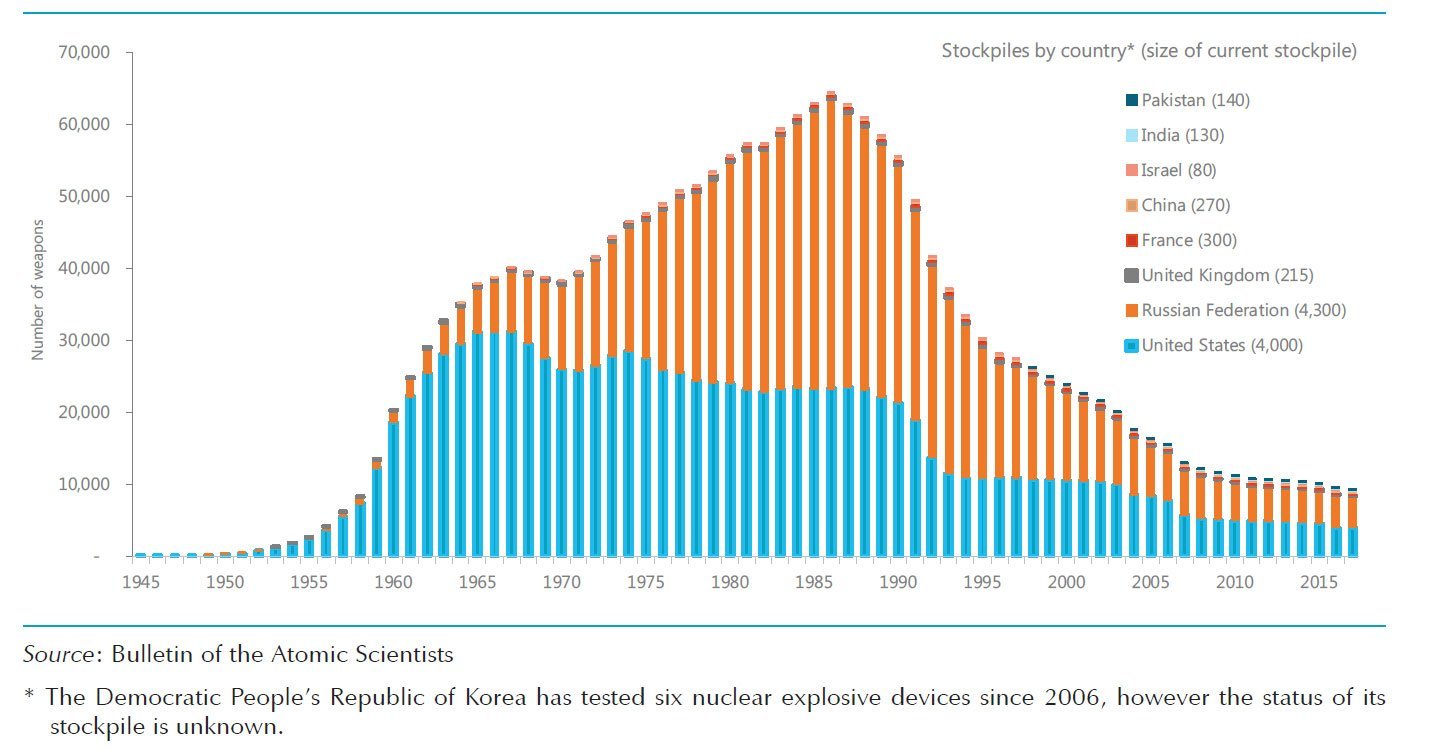 “We are one mechanical, electronic or human error away from a catastrophe that could eradicate entire cities from the map,” he warned.

Mr. Guterres said the States that possess nuclear weapons have the primary responsibility for avoiding catastrophe. In that regard, he appealed to Russia and the US to resolve their dispute over the Intermediate-Range Nuclear Forces Treaty; to extend the New START treaty on strategic offensive arms, which is due to expire in just three years; and to take new steps towards reducing nuclear stockpiles.

Second, he said disarmament of conventional weapons, which include small arms, light weapons and landmines,  could “save lives,” in particular those of civilians who continue to bear the brunt of armed conflict.

The UN chief said that beyond the appalling numbers of civilians killed and injured, conflicts are driving record numbers of people from their homes, often depriving them of food, healthcare, education and any means of making a living.

At the end of 2016, more than 65 million people were uprooted by war, violence and persecution, he said.

“My initiative will have a strong basis in the 2030 Agenda for Sustainable Development, the world’s blueprint for peace and prosperity on a healthy planet,” he said, noting that excessive spending on weapons drains resources for sustainable development.

UN Photo/Martine Perret
Weapons being burnt during the official launch of the Disarmament, Demobilization, Rehabilitation and Reintegration (DDRR) process in Muramvya, Burundi. (file)

In fact, more than $1.7 trillion dollars was spent last year on arms and armies – the highest level since the fall of the Berlin Wall. That is around 80 times the amount needed to meet the humanitarian aid needs of the whole world, he said.

“The combined risks of new weapon technologies could have a game-changing impact on our future security,” he said.

Disarmament – including arms control, non-proliferation, prohibitions, restrictions, confidence-building and, where needed, elimination – is “an essential tool to secure our world and our future,” said the UN chief.

“The paradox is that,” he added, “when each country pursues its own security without regard for others, we create global insecurity that threatens us all.”

The cover of the Agenda, a 73-page document, depicts Orizuru, an origami paper crane. Its significance is that Japanese legend has it that anyone who folds a thousand paper cranes, will have their wish granted by the gods. 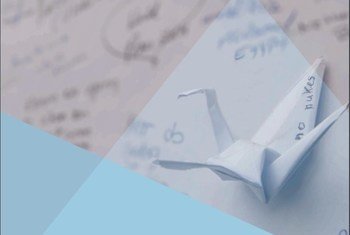 In her hospital bed, Sadako Sasaki – a survivor of the atomic bomb explosion at Hiroshima in 1945 – folded more than a thousand paper cranes, praying that she would recover from the deadly leukaemia caused by the blast.

She died at the age of 12, but her story spread around the world and origami cranes have since become symbols of peace.

In the final paragraph of the Agenda, Mr. Guterres quotes the late Secretary-General, Dag Hammarskjöld, saying “in this field, as we well know, a standstill does not exist; if you do not go forward, you do go backward”.

The Agenda concludes with an appeal to all “to use every opportunity to carry forward momentum for disarmament where it exists, and to generate new impetus where it is needed, in order to achieve a safer and more secure world for all.”