UNHCR/Sebastian Rich
As people continue to flee violence in the northern triangle of Central America – Guatemala, Honduras and El Salvador – UNHCR is supporting asylum-seekers find safety at a series of shelters, including the Tres Angeles Shelter, pictured here, in southern Mexico.

Recognizing Latin American and Caribbean countries as “pioneers” in the protection of refugees and asylum seekers, the United Nations High Commissioner for Refugees urged the region to bolster its standards even further given the global increase in number of people being driven from their homes.

“I encourage those States who have not yet done so, to accede to the refugee and statelessness instruments, and to move forward with extending pragmatic protection responses to those in need,” said High Commissioner Filippo Grandi, speaking at a regional consultation on the Global Compact for Refugees, in Brasilia, the capital of Brazil.

In his remarks, Mr. Grandi drew attention to the gaps in the international refugee protection regime and how these could be overcome. He also highlighted the need to support the displaced both at the places of origin and reception.

Further, Mr. Grandi also noted the “innovative practices” in the region to address challenges facing people on the move, such as complementary mechanisms, humanitarian visas, and national and regional migration arrangements. 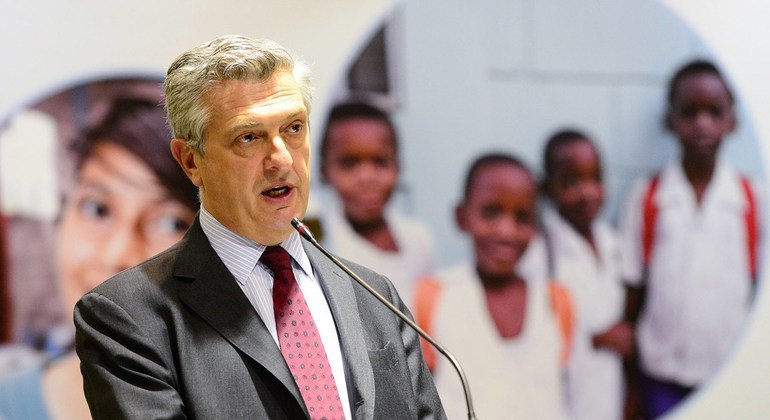 “I ask you to continue doing so, especially now, when the numbers of refugees are increasing,” he added, noting that the region has more “success stories” on the inclusion of refugees and local communities than anywhere else in the world.

According to estimates, the Latin America and the Caribbean region represents about 16 per cent of the 65 million people who have been forced to leave their homes due to wars, conflicts and persecutions.

Being held on 19 and 20 February, the consultation (more information, in Portuguese) will see officials from 36 countries and territories in the region as well as civil society and other stakeholders discuss and consolidate the region’s contributions to the Global Compact on Refugees that will be adopted by the General Assembly later this year.