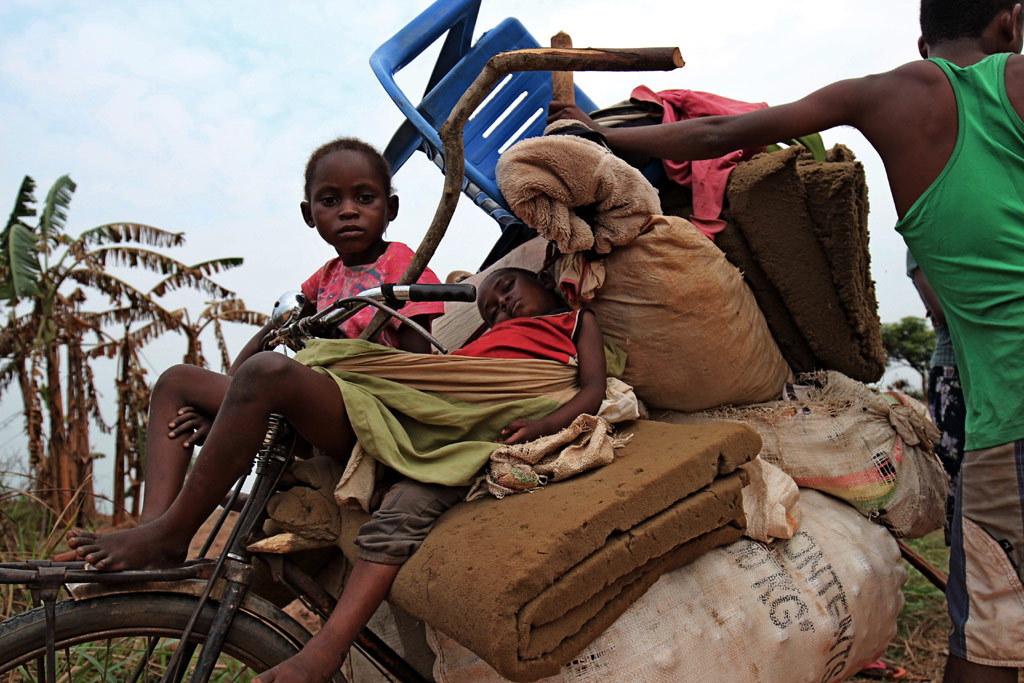 Some 3.2 million people in the Democratic Republic of Congo’s (DRC) conflict-ravaged south-central Greater Kasai region are severely food insecure, struggling to feed themselves and in urgent need of assistance, the head of the United Nations food relief agency warned Monday.

“As many as 250,000 children could starve in Kasai in the next few months unless enough nutritious food reaches them quickly”, said World Food Programme (WFP) Executive Director David Beasley as he wrapped up a four-day mission to the vast central African country that included a visit to Kasai.

“We need access to those children, and we need money – urgently,” he added.

WFP is ramping up emergency assistance there, planning to reach 500,000 of the most vulnerable by end-December – and many more by early next year. Dozens of staff are being deployed, 80 additional off-road trucks are being brought in to deliver food to remote areas, and the WFP-run UN Humanitarian Air Service is, presently flying aid supplies and workers to seven regional locations, is being expanded.

However, WFP’s emergency operation, launched in August, has so far been financed by internal borrowings, and only one percent of the $135 million required through mid-2018 has been secured from the international community.

Although violence in Kasai has diminished in recent weeks, banditry and extortion are commonplace. Moreover, in a region the size of Germany with multiple active militias and a road network that is largely impassable during the September-December rainy season, humanitarian access is set to remain a challenge.

What the brave people I met over the last few days want most of all is peace – peace to be able to grow their own food, to rebuild their lives and to build a brighter tomorrow for their children. It’s a simple, powerful messageWFP chief David Beasley

Mr. Beasley also witnessed WFP’s work in eastern North Kivu province, which is also constrained by access challenges and limited funding. Just 250,000 of the province’s one million displaced people – victims of two decades of conflict – are receiving assistance, and only half rations.

Much of DRC’s population is dependent on subsistence farming, with competition for land often at the heart of the violence. Many conflict-displaced families who had returned to their villages in North Kivu and Kasai told Mr. Beasley they could not resume working their fields for fear of being attacked.

“I have met too many women and children whose lives have been reduced to a desperate struggle for survival”, Mr. Beasley pointed out. “In a land so rich in resources, that’s heart-breaking. And it’s unacceptable.”

The WFP chief acknowledged donor concerns about limited returns on investing in a better future for the Congolese, noting that some Governments have threatened to redirect such funding to countries where they say it will have more impact.

“I hear those concerns,” said Mr. Beasley. “But let’s not hold innocent women and children responsible for the failings of others.”

“What the brave people I met over the last few days want most of all is peace – peace to be able to grow their own food, to rebuild their lives and to build a brighter tomorrow for their children. It’s a simple, powerful message. I have conveyed it to President [Joseph] Kabila and members of his Government, urging that they do more to help this come about,’ he concluded.