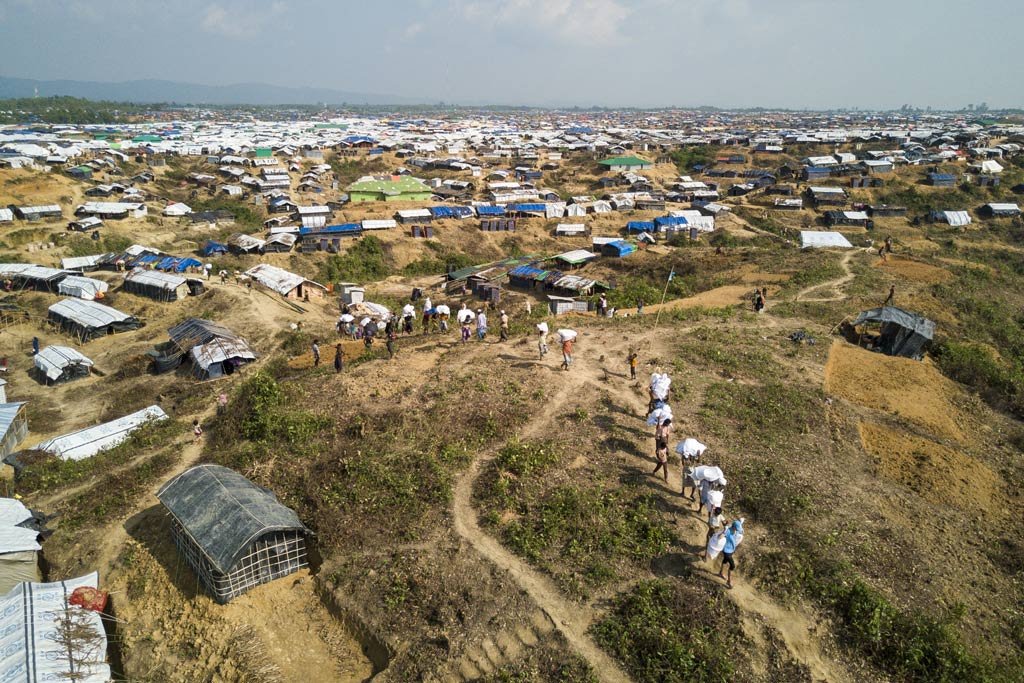 As the number of Rohingya refugees sheltering in southern Bangladesh crosses 800,000, United Nations agencies responding to the crisis are working hard to ensure access in the difficult to reach area so that much needed assistance can be delivered in a timely manner.

“With so many people having settled in such a small area, site planning and management is vital for the protection of Rohingya refugees,” noted the UN International Organization for Migration (IOM) in a news release.

“We are working with [humanitarian] partners and the Government to ensure access to displacement sites, all of which developed on hilly terrain, which is extremely difficult to reach with services,” it added.

There are now 817,000 refugees in Cox’s Bazar (the southern-most district of Bangladesh) including 200,000 who had been seeking refuge there prior to the exodus that began in late August. All but 46,000 among them are living in makeshift shelters or displacement sites, set up on hilly terrain, making access extremely challenging.

For instance, IOM has been trucking in over 740,000 litres of water into the settlements, where often it has to be hand-carried up steep hills to bring it close to the elderly and children, who might not otherwise get access to it.

Building roads and basic infrastructure such as drains and stairways, is therefore critical to ensure that all refugees – and in particular the most vulnerable – can receive services as quickly as possible as well as to prevent spread of disease.

IOM has also dispatched health teams to provide emergency and primary health services to over 53,000 patients. It has also distributed personal hygiene kits to thousands.

The UN migration agency has also constructed 660 emergency pit latrines and 100 mobile toilets; dug twelve deep-bore tube wells to provide settlements with clean drinking water; and set up child delivery facilities and a patient stabilization unit in Kutupalong – one of the largest settlements.

It has also constructed “safe spaces” in settlements, where women and girls can come together, talk and spend time together in a protected environment – giving them much needed psychosocial support – as opposed to staying alone in a tiny shelter all day.

At the same time, the Office of the UN High Commissioner for Refugees (UNHCR) has relocated some 1,700 new refugees from Kutupalong to a Government-allocated site in south-eastern Bangladesh, decongesting existing facilities in the overcrowded camp.

Since Tuesday, volunteers have been helping vulnerable refugees to carry their belongings to the new site.

According to Babar Baloch, a spokesperson for the UN refugee agency, a total of 5,000 refugees will be moved to the newly-opened site, which is part of a larger 3,000-acre piece of land known as Kutupalong Extension.