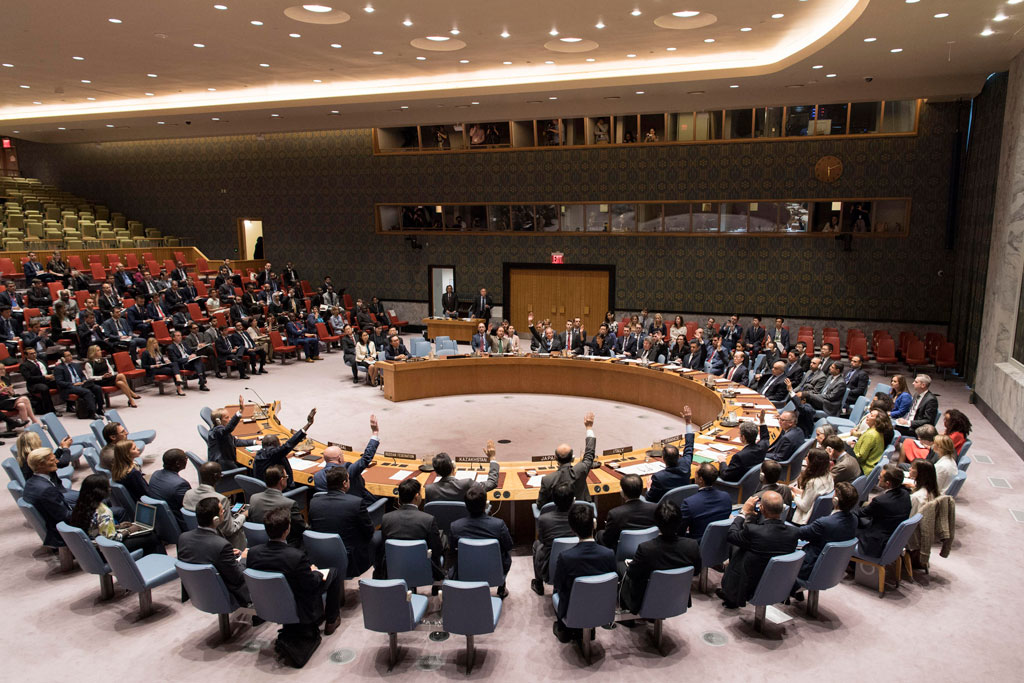 The Security Council today unanimously agreed to impose tighter sanctions on the Democratic People’s Republic of Korea (DPRK), imposing limits on oil exports, banning the country’s textile imports and access to gas liquids, and more closely inspecting cargo ships going in and out of its ports.

In the approved text, the 15-member Council seeks to cap refined petroleum products up to 500,000 barrels beginning in October, and up to 2 million barrels per year starting in January for a period of one year.

In addition, the resolution takes action against DPRK nationals who work outside of the country and who could be “generating foreign export earnings that the DPRK uses to support its prohibited nuclear and ballistic missile programmes.”

The resolution prohibits UN Member States from providing work authorizations for DPRK nationals unless “is required for the delivery of humanitarian assistance, denuclearization or any other purpose,” consistent with other resolutions on the topic.

Building on resolution 1874 (2009), the Council also gives countries the right to inspect ships with the consent of the countries where the ships are registered, “if they have information that provides reasonable grounds to believe that the cargo of such vessels contains items the supply, sale, transfer or export of which is prohibited.”

In addition, the Council banned textile imports, including fabrics and partially completed apparel, beginning 90 days from the adoption of the resolution.

The resolution follows the condemnation by the Council of the nuclear test carried out by DPRK on 3 September of this year and its violation of eight resolutions dating back to 2006 which could have “large-scale regional security implications.”

“The proliferation of nuclear, chemical and biological weapons, as well as their means of delivery, constitutes a threat to international peace and security,” the Council said in today’s text.