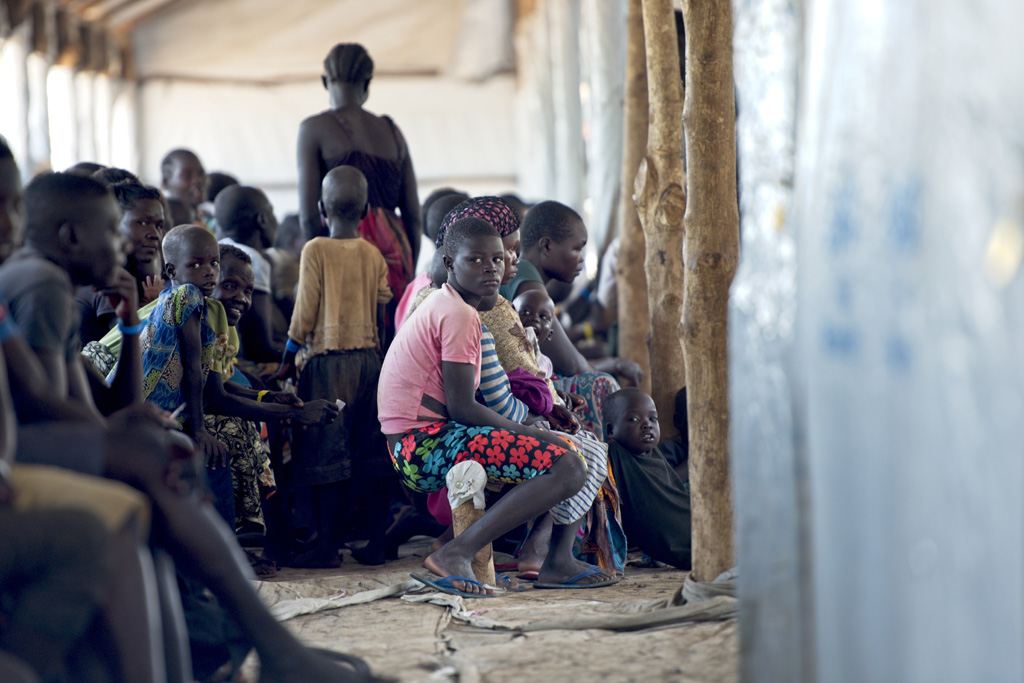 As the number of refugees from South Sudan in Uganda passes one million – the vast majority of whom are women and children – the United Nations refugee agency today reiterated its call for urgent additional support.

“Over the past 12 months, an average of 1,800 South Sudanese have been arriving in Uganda every day,” said the Office of the UN High Commissioner for Refugees (UNHCR) in a statement to the press.

“In addition to the million there, a million or even more South Sudanese refugees are being hosted by Sudan, Ethiopia, Kenya, Democratic Republic of the Congo and Central African Republic,” it added.

More than 85 per cent of the refugees who have arrived in Uganda are women and children, below age 18 years.

“Recent arrivals continue to speak of barbaric violence, with armed groups reportedly burning down houses with civilians inside, people being killed in front of family members, sexual assaults of women and girls, and kidnapping of boys for forced conscription,” emphasized UNHCR, explaining that even as thousands of refugees arrive, aid deliveries are increasingly falling short.

The UN agency underscored that although $674 million is needed for South Sudanese refugees in Uganda this year, so far only a fifth of this amount, or 21 per cent, has been received.

“Elsewhere in the region, the picture is only marginally better,” the statement continued, saying that while a total of $883.5 million is needed for the South Sudan situation, only $250 million has been received.

The funding shortfall in Uganda is now significantly impacting the abilities to deliver life-saving aid and key basic services.

“In June, the World Food Programme was forced to cut food rations for refugees. Across settlements in northern Uganda, health clinics are being forced to provide vital medical care with too few doctors, healthcare workers and medicines,” UNHCR elaborated.

Meanwhile, schooling is also being impacted. Class sizes often exceed 200 pupils, with some lessons held in the open air. Many refugee children are dropping out of education as the nearest schools are too far away for them to easily access.

“Since December 2013, when South Sudan’s crisis erupted in Juba, more than two million South Sudanese have fled to neighbouring countries, while another two million people are estimated to be internally displaced,” concluded the statement.