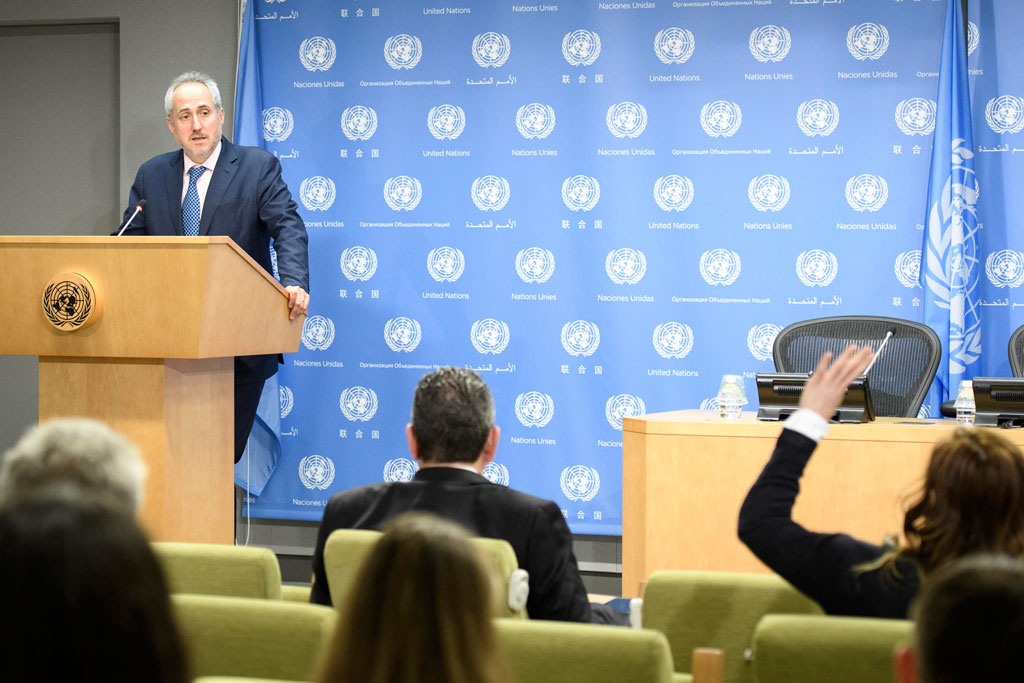 The Spokesman for the United Nations Secretary-General today said the decision by the United States to withdraw from the Paris Agreement on climate change is a major disappointment for global efforts to reduce greenhouse gas emissions and promote global security.

“The Paris Agreement was adopted by all the world’s nations in 2015 because they recognize the immense harm that climate change is already causing and the enormous opportunity that climate action presents,” Stéphane Dujarric told the media at the UN Headquarters in New York, shortly after US President Donald Trump announced his country’s withdrawal from the Agreement.

“It offers a meaningful yet flexible framework for action by all countries.”

He further added that Secretary-General António Guterres remains confident that cities, States and businesses within the US – along with other countries – will continue to demonstrate vision and leadership by working for the low-carbon, resilient economic growth that will create quality jobs and markets for 21st century prosperity.

“It is crucial that the United States remains a leader on environmental issues,” he noted.

Mr. Dujarric also said that the Secretary-General looked forward to engaging with the US Government and all actors in the country and around the world to build the sustainable future on which the future generations depend.

The landmark agreement, which entered into force last November, calls on countries to combat climate change and to accelerate and intensify the actions and investments needed for a sustainable low carbon future, and to adapt to the increasing impacts of climate change.

It also aims to strengthen the ability of countries to deal with the impacts of climate change and calls for scaled up financial flows, a new technology framework and an enhanced capacity-building framework to support action by developing countries and the most vulnerable countries in line with their own national objectives.

In a separate statement, the head of the UN Environment Programme (UNEP) said the US decision to leave the Paris Agreement in no way brings an end to this unstoppable effort. China, India, the European Union and others are already showing strong leadership. Indeed, 190 nations are showing strong determination to work with them to protect this and future generations.

“The science on climate change is perfectly clear: we need more action, not less. This a global challenge. Every nation has a responsibility to act and to act now,” said UNEP Executive Director Erik Solheim, underscoring that there is incredible momentum on climate action and a single political decision will not derail this unparalleled effort.

Urging all parties to redouble their efforts, he said that UNEP would work with everyone willing to make a difference. “Climate action is not a burden, but an unprecedented opportunity. Decreasing our dependence on fossil fuels will build more inclusive and robust economies. It will save millions of lives and slash the huge healthcare cost of pollution.”

“Committing to climate action means helping countries like Iraq and Somalia on the front line of extremism and terrorism. It means helping coastal communities from Louisiana to the Solomon Islands,” explained Mr. Solheim, adding that it also means protecting food security and building stability to avoid adding yet more refugees to what is already an unprecedented global humanitarian crisis.