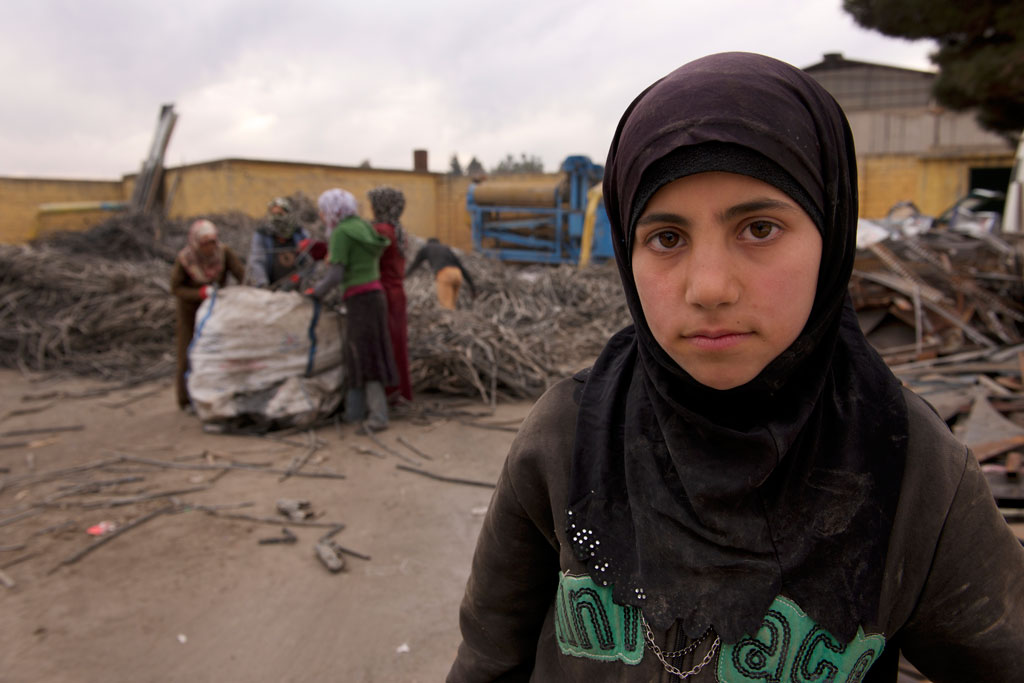 The United Nations Children’s Fund (UNICEF) warned today that one year after the Balkan border closures and the European Union-Turkey Statement, which were aimed at stopping mass migration flows, refugee and migrant children face greater risks of deportation, detention, exploitation and deprivation.

UNICEF staff in Greece report deep levels of distress and frustration among children and their families, including one child as young as eight attempting self-harm. Despite recent improvement in living conditions some unaccompanied children in shelters, suffer psychosocial distress, with high levels of anxiety, aggression and violence and demonstrating high risk behaviour such as drugs and prostitution.

War, destruction, the death of loved ones and a dangerous journey exacerbated by poor living conditions in camps around Greece or the lengthy registration and asylum procedures, can trigger post-traumatic stress disorders.

“It has become a vicious circle – children flee suffering, and they end up either fleeing again, or facing de facto detention, or just utter neglect,” underscored Ms. Khan.

In response, UNICEF, in collaboration with the Greek Government and non-governmental organization partner, are prioritizing appropriate care for refugee and migrant children to meet their mental health and psychosocial needs. Imminent transfers back to Greece in line with so-called ‘Dublin regulations,’ are likely to add even greater strain to the situation facing children and further pressure to existing services.

Instead of stemming the flow, border closures and the EU-Turkey statement, have led to children and families taking matters into their own hands and embarking on even more dangerous and irregular routes with smugglers, as UNICEF and partners warned a year ago.Even in 2017 nearly 3,000 refugees and migrants – with about a third children – have arrived in Greece despite the full implementation of the EU-Turkey Statement and strict border control. Many continue to slip through borders into Bulgaria, West Balkans and Hungary, said UNICEF.

Children stranded in Greece and West Balkans have already lost nearly three years of education and now face several hurdles like different languages and education systems and yet another year without schooling. UNICEF is supporting the Ministry of Education’s strategy to integrate stranded refugee and migrant children in Greek schools. However only 2,500 children out the 15,000 school age children so far that benefit from the national scheme in Greek language.

Despite significant efforts – from government and partners – about half of the 2,100 unaccompanied children are still living in substandard conditions, including nearly 200 unaccompanied children in facilities with limited movement early March (178 in reception and identification centres on the Islands and 16 in “protective custody” in police cells).