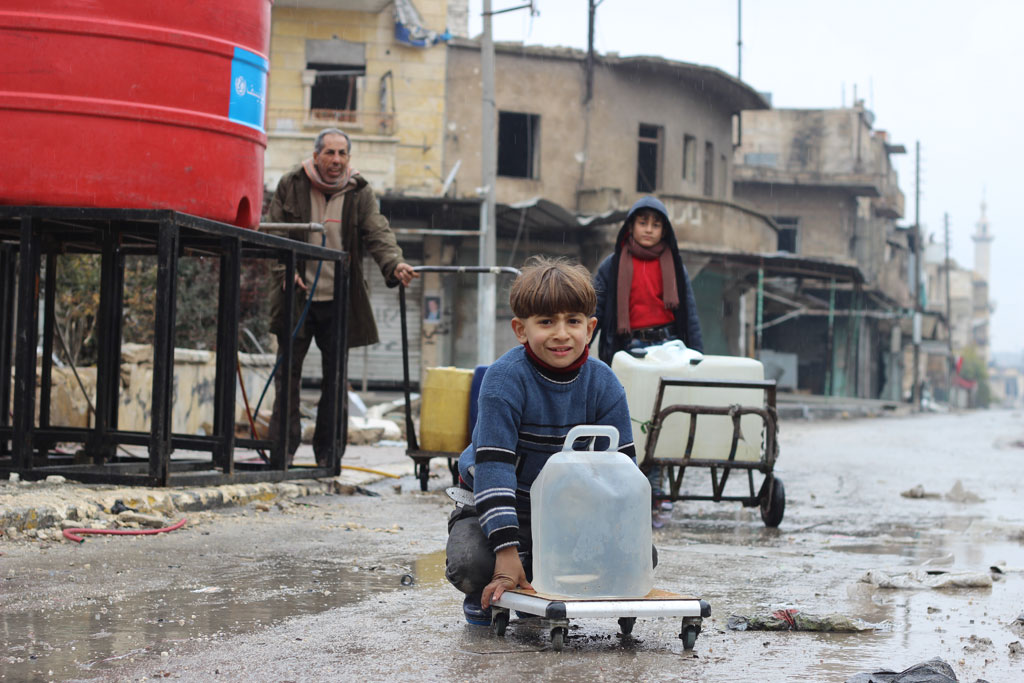 The United Nations has voiced grave concern about nearly two million Syrians in the area of Aleppo who have been without water for almost a month, as UN agencies are helping to provide emergency access to some of the people in need.

The UN spokesperson today told journalists in New York that an estimated 1.8 million people in Aleppo city and rural eastern Aleppo have been cut off from their main source of water, which is under Islamic State of Iraq and the Levant (ISIL/Da’esh) control.

“The UN continues to respond to the water crisis by supplying fuel to operate 100 deep wells, and is supporting emergency water trucking, reaching nearly one million people in need of water assistance,” the spokesperson said.

The UN is also working closely with its partners, including the International Committee of the Red Cross and the Syrian Arab Red Crescent, to deliver food, nutrition, health and other emergency items to rural Homs.

The inter-agency convoy delivered items to 84,000 people in hard-to-reach Talbiseh yesterday, for the first time since 19 September.

“This convoy is the first cross-line land delivery in February and only the second in 2017,” the spokesperson said.

He added that the UN continues to call for “unconditional, unimpeded and sustained access to all 4.72 million people in hard-to-reach locations across the country,” including more than 600,000 in besieged locations.

Also today, the UN Office for the Coordination of Humanitarian Affairs (OCHA) confirmed that Stephen O’Brien, the Emergency Relief Coordinator, completed a two-day visit to Jordan. The country is the third-largest host of Syrian refugees in the region.

During his visit, Mr. O’Brien met with senior Jordanian officials, including Prime Minister Hani Mulki and General Mahmoud Frihat, the head of the Jordanian Armed Forces. He also visited the Azraq refugee camp, which is operated by the Office of the UN High Commissioner for Refugees (UNHCR).