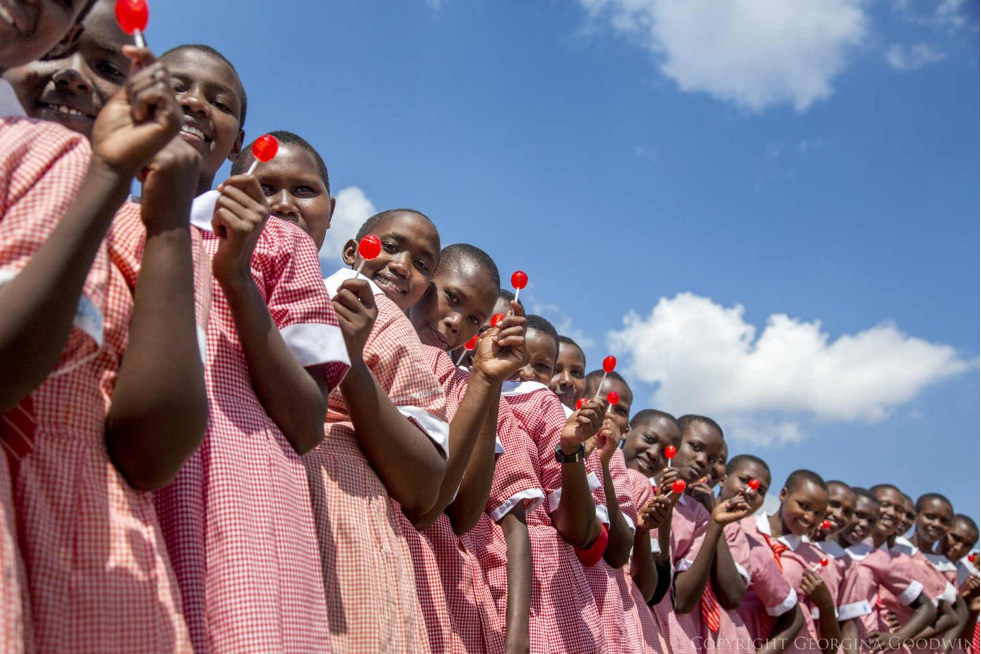 Today marks International Day of Zero Tolerance to Female Genital Mutilation (FGM). First observed in 2012, the United Nations General Assembly declared 6 February as a day to raise awareness of, educate the public about, and encourage local and international action to end FGM.

What is female genital mutilation?

Female genital mutilation (FGM) is universally recognised as a violation of human rights. It is a harmful practice that involves “partial or total removal of the external female genitalia or other injury to the female genital organs, whether for cultural or other non-therapeutic reasons” (WHO, 2020). There are four types of circumcision, ranging from scraping the external genitalia to removing the clitoris, and sewing the labia together to make the vaginal opening smaller (WHO, 2020).

The practice is usually carried out on young girls up to the age of 15 by a traditional practitioner who uses non-medical grade instruments and no anaesthetic (UNFPA, 2020; WHO, 2020). It can cause a number of negative health consequences, both physical and psychological (WHO, UNICEF & UNFPA, 1997), and has, in some cases, resulted in injury and death (Shell-Duncan, 2001)

FGM currently affects approximately 200 million women and girls worldwide (UNFPA, 2020; WHO, 2020) and is most prevalent in Africa and the Middle East. However, the movement of people across the globe means FGC is also found in other countries, including those within the European Union, and in Japan, the United States, New Zealand and Australia (UNFPA, 2020). It is estimated that 53,000 girls and women living in Australia have been subjected to FGM, as of 2017, despite the fact that it is illegal in all Australian states and territories (AIHW, 2019).

Female genital “mutilation” is considered offensive by some practicing communities. Female genital cutting (FGC) will hence force be used in this article.

Why is FGC practised?

Eliminating FGC requires understanding why it is practised. FGC is a complex issue and reasons for practising it are diverse, depending on the community context, and circumstances.

For example, in Kenya the practice is more common among people living rurally, people identifying as Muslim, and people with a lower level of education from poorer households (Shell-Duncan, Gathara & Moore, 2017). The reasons why FGC is performed varies between ethnic groups. For instance, among Kenya’s Maasai people, the reasons for practicing FGC include for culture (60%), rite of passage (38%), marriage (37%), purity and virginity (29%), health and hygiene (11%), religion (6%) and sexual control (1%) (Bavel, 2020, p.1076).

Understanding FGC from the perspective of practising communities

For the Maasai, FGC signifies a girl’s initiation into womanhood, her preparedness for marriage and the earned right to bear children (Bavel, 2020; Graamans, Ofware, Nguura, Smet & Have, 2018; Patra & Singh, 2015). The cut itself is a small part of a larger ceremony wherein girls establish their identity within their community, through attaining knowledge that is not available to the uninitiated (Bavel, 2020; Prazak, 2016). The ability to endure pain and discomfort is regarded as honourable in the Maasai community, where bravery is respected (Graamans et al., 2018).

Marriage is key to economic survival for Maasai women and for their families, and this depends on a woman being circumcised (Bavel, 2020; Graamans et al., 2018). The practice is driven by parents wanting their daughters to be accepted in the community and married into good families that can support them (Koomen, 2014), as well as being able to obtain a bride price for their own economic survival (Graamans et al., 2018).

Equally, the practice can be driven by Maasai girls themselves, who want and look forward to their initiation. Although Maasai girls acknowledge and fear the pain, it is far outweighed by the desire for the social change that circumcision brings (Bavel, 2020; Hoffman, 2014).

Contrarily, the consequences of a woman being uncircumcised can be socially and economically detrimental for her. An uncircumcised woman is devalued, she is seen as unclean and cowardly, and it is believed she will bring bad fortune to her future offspring and others who come into contact with her blood (Bavel, 2020; Hoffman, 2014; Patra & Singh, 2015). Women risk losing their social standing in their community, their prospects to find a husband, and their worth as a bride. This can result in women being marginalised and becoming vulnerable in their communities (Bavel, 2020).

It is also important to look at the historical factors that have led to FGC continuing in Kenya. When the British arrived in the early 1900s, they attempted to prohibit FGC, with little success. This was due in part to communities feeling their cultural identity was being attacked (Hughes, 2018; Prazak, 2016).

A ban on FGC in Meru, Kenya, is a noteworthy example of how colonial rule can cause a backlash response in the community. When the ban came into effect in 1956, thousands of Meru girls were seen purchasing razor blades to circumcise each other in the bush, while bypassing all the customary elements in a traditional initiation ceremony. Known as the Ngaitana (‘I will circumcise myself’) movement, Meru girls did this not only as a form of resistance to the ban and in defiance against the colonialists, but also  due to their desire to reclaim  traditions that were taken from them (Prazak, 2016; Thomas, 2003).

These social and historical drivers are not the complete picture of what sustains FGC. It is important to know and learn about all of the contributing factors if elimination efforts are to be successful.

FGC was initially framed as a health issue for women and girls in global efforts led by the United Nations (Prazak, 2016; Shell-Duncan, 2008; Thomas, 2003). Interventions focused on raising awareness of the adverse health effects of FGC through education programs, the theory being that once communities learned about the negative health effects, they would readily abandon the practice (Johansen, Dop, Laverack & Leye, 2013; Shell-Duncan, 2008).

Health programs succeeded in raising awareness about negative consequences of FGC, but were less successful with ending the practice. One reason for this was that health risks of FGC did not outweigh the risk of not conforming to social norms (Johansen et al., 2013; Shell-Duncan, 2008). Instead, less severe forms of FGC were performed on girls and the issue was seen as something that could be fixed through medical care rather than going through a traditional practitioner (Shell-Duncan, 2008).

The current global campaign to end FGC was brought to the fore through a series of conferences during the UN decade of women (1975-85). Female “circumcision” was rephrased to female genital “mutilation” or “cutting” and officially recognised as a form of violence against women, and thus a human rights violation. It was also formally recognised as a human rights issue at the Vienna World Conference on Human Rights 1993 (Hodgson, 2017).

By the mid-1990s, the human rights approach to FGC was widely adopted and had mobilised international and national support, particularly at the Cairo Conference on Population and Development in 1994 and the Beijing Conference on Women in 1995. The landmark joint statement between the WHO, UNICEF and UNFPA was released in 1997, positing that “people will change their behaviour when they understand the hazards and indignity of harmful practices, and when they realise that it is possible to give up harmful practices without giving up meaningful aspects of their culture” (WHO, UNICEF, UNFPA 1997, p.2).

In 2012, the United Nations adopted a resolution to end FGC at the General Assembly, signifying universal agreement that FGC is a violation of human rights and called upon states to end the practice by any means necessary (Shell-Duncan et al., 2017; UN Women, 2020).In 2015, the United Nations developed the Sustainable Development Goals (SDGs) and included the elimination of FGC as a target under goal five, gender equality.

Innumerable efforts have been made to end FGC on a local, national and international scale, but despite these efforts in the last several decades, the practice endures.

Efforts to end FGC must be holistic and address all contributing drivers, which are unique to different ethnic communities. Practising communities must be respected, and this must be reflected in discourse that avoids judgment and criticism. Change must come from within communities that lead their own shift in social norms.

Within practicing communities, the International Day of Zero Tolerance to FGM is used to attempt to shift the perception of communities as a whole. Communities that visibly and publicly reject FGC can influence others in the community to consider ending the practice, particularly for women and parents concerned with the negative social consequences of being uncut (Bavel, 2020).