Over the past two years, more than 100,000 people in Nicaragua have sought asylum abroad, reportedly fleeing persecution and human rights abuses, the UN refugee agency, UNHCR, said on Tuesday.

“Serious political and social crises in the country have prompted Nicaraguan students, human rights defenders, journalists and farmers to flee their country at an average rate of 4,000 people every month”, UNHCR spokesperson Shabia Mantoo told journalist on Tuesday at the Palais des Nations in Geneva.

And with no resolution in sight, the agency expects these numbers to grow. 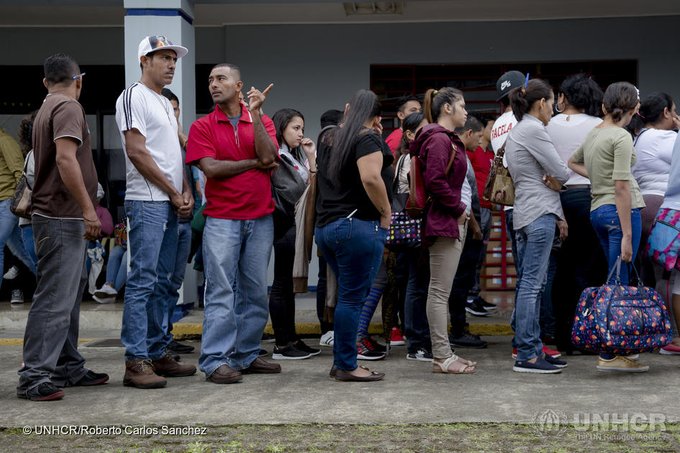 And freedom of expression had also been restricted in various ways, from the closure of independent media outlets and the retention of their property and equipment, to the imprisonment of journalists for several months.

Moreover, leading human rights groups have seen their legal registrations cancelled after being accused of supporting the 2018 protests while the right to peaceful assembly had also been impeded by a new police requirement for permits to carry out public gatherings.

“Between August 2018 and July 2019, human rights violations continued to occur in Nicaragua”, Ms. Bachelet told the Human Rights Council. “However, since the end of February 2019, when the Government and the Civic Alliance for Justice and Democracy resumed their dialogue, the number of violations against life and personal integrity has decreased, proof that dialogue is a possible and peaceful way to overcome the crisis”.

Since the initial violent clampdown following popular protests in 2018, most Nicaraguans have fled to neighboring Costa Rica, which currently hosts 77,000 refugees and asylum seekers – two-thirds of those who have fled so far.

An additional 5,100 are hosted in other countries, comprising to date, a total of 103,600 Nicaraguan refugees and asylum seekers worldwide.

Since October 2019, UNHCR has supported Costa Rica in streamlining procedures to determine refugee status for those alleging persecution in Nicaragua. This helps to reduce the time needed for people to be recognized as refugees and granted protection.

“Through an agreement with UNHCR, Costa Rica has also allowed access to the public health care system to 6,000 of the most vulnerable asylum seekers”, said the UNHCR spokesperson. “These include people with chronic conditions or disabilities, those in need of surgery, torture survivors and people living in extreme poverty”.

Moreover, under a regional refugee response framework aimed to address the challenges of forced displacements in and from Central America, UNHCR coordinates with Government authorities and other UN agencies to monitor cross-border movements and respond to protection and humanitarian needs of those fleeing Nicaragua. This also includes the provision of health care, psychological support, shelter and food assistance.