© UNICEF/Sebastian Rich
Five-year-old Kiara makes a sale in a commuter train car in Buenos Aires, the capital. She has been working in the Subte, the city’s mass transit system, selling hairpins and other cheap goods, since she was three years old. The world’s survival depends on children being able to flourish, but no country is doing enough to give them a sustainable future, dozens of highly respected international health experts said on Wednesday.

In a UN-backed report assessing the capacity of 180 countries to ensure that their youngsters can survive and thrive, the authors highlight numerous “immediate” threats to their health, environment and opportunities. 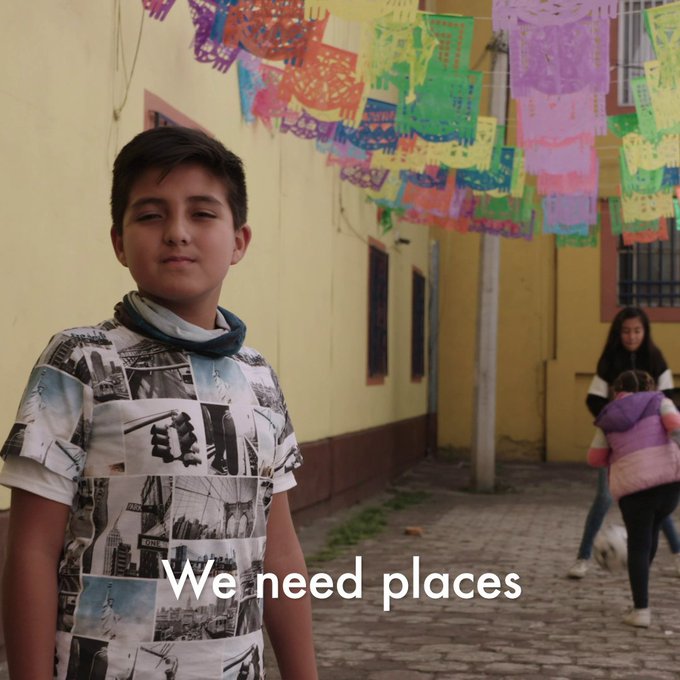 These include runaway greenhouse gas emissions, predatory advertising and deepening inequality in and among countries.

“No country in the world is currently providing the conditions we need to support every child to grow up and have a healthy future,” said Anthony Costello, Professor of Global Health and Sustainability at University College London, one of the lead authors of the report, commissioned by the World Health Organization (WHO), UN Children’s Fund (UNICEF) and The Lancet medical journal.

“Especially, they’re under immediate threat from climate change and from commercial marketing, which has grown hugely in the last decade,” Professor Costello – former ;WHO Director of Mother, Child and Adolescent health – told journalists.

This is the case even in wealthy industrialized nations like the United Kingdom, which had “very serious issues” with child poverty and inequality.

“The poorest countries have a long way to go to let their children be healthy, but the wealthy countries are threatening the future of all children through these excessive carbon emissions,” he said.

“We agree with Greta Thunberg when she says our world is on fire.”

250 million children under five at risk

An estimated 250 million children under five in low and middle-income countries are at risk of not reaching their development potential, said former Prime Minister of New Zealand and Co-Chair of the Commission, Helen Clark.

“But of even greater concern, every child worldwide now faces existential threats from climate change and commercial pressures,” she stressed.

Data for the report – A Future For The World’s Children – was gathered according to criteria that included survival and death rates, educational achievement and nutrition.

National emissions forecasts for 2030 and levels of inequality were also taken into account for the global index:

Getting tough on harmful advertising

Citing a tenfold rise in child obesity since 1975 – from 11 to 175 million children –Professor Costello& maintained that “harmful advertising” encouraged children to buy things that affected their development and health, such as sugary snacks and drinks, fast food, alcohol and cigarettes.

And citing a huge expansion of vaping adverts, he added that in Brazil, China, India and Nigeria,& two-thirds of five and six-year-olds could identify at least one cigarette brand logo.

“We know that advertising preys on children, that in some countries they’re seeing 30,000 TV adverts a year,” he insisted. “In America (the U.S.) for example, a lot of children are seeing over four alcohol adverts a day.”

Despite these threats, the biggest fear& among health professionals now is the trend for“surveillance capitalism” that fuels social media advertising, along with “algorithmic targeting”, Professor Costello said.

“I’ve been rather horrified to learn that many of the games that are put out to young children are actually made by advertising companies who then will sell on all the data of those children without permission to major (online) companies,” he said.

© UNICEF/UN014974/Estey
Social media is a huge influence in children’s lives and being constantly connected to the Internet also comes with many risks, including online sexual exploitation, of adolescents and children.

Among the report’s recommendations is the addition of a new optional protocol to the UN Convention on the Rights of the Child to help countries manage this practice, as well as the need to harness social media to share positive health messages too.

“Children have the right not to be bombarded every day on their phones with advertisements or to have their data stolen,” Professor Costello said.

Among its other recommendations, the report calls for Governments and communities to put children at the centre of investment in primary healthcare, education and universal healthcare, in line with the 17 universally-agreed Sustainable Development Goals (SDGs).

But even more important than this is meeting carbon emission targets to reduce global temperature increase to below 1.5 degrees Celsius above pre-industrial levels, Professor Costello insisted.

“There’s an irrefutable ethical and economic case to invest in children throughout the lifespan and across generations and we should be doing far more to get that across to politicians, because countries that invest in their children are the most successful longer-term,” he added.