UN Photo/Gill Fickling
A panoramic view outside Kathmandu, Nepal. How can the international community turn some of the world’s poorest, landlocked countries, into thriving, land-linked nations? On Thursday, at UN Headquarters, Member States will renew commitments they have made, to lift the 32 countries designated as Landlocked Developing Countries, or LLDCs, out of poverty.

The two-day event in New York is officially known as the Midterm Review of the Vienna Programme of Action For Landlocked Countries, a 10-year initiative to improve the economies of the LLDCs, which suffer from, amongst other things, their challenging geography: they are often remote from world markets, lack access to sea ports, and are dependent on conditions in neighbouring countries which are often developing economies themselves.

LLDCs also face high trade and transport costs, as well as limited or low-quality infrastructure challenges. There can be frequent delays at borders, and bottlenecks related to customs procedures and border crossing regulations; productivity constraints; and structural weaknesses. Because of these factors, the level of development of LLDCs is about 20% lower than it would be if they had some kind of sea access.

A ‘pivotal moment’ to improve lives in Landlocked Developing Countries 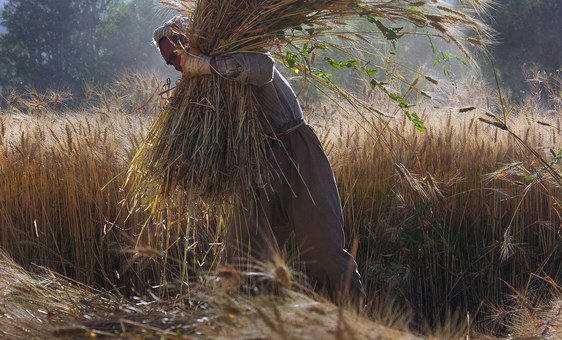 Ahead of the Conference, UN News asked Fekitamoeloa Katoa ‘Utoikamanu – the United Nations High Representative for the Least Developed Countries, Landlocked Developing Countries and Small Island Developing States – to explain how the international community can help improve the livelihoods of those living in LLDCs:

“The Midterm Review is the time to review progress, identify gaps and propose innovative solutions to accelerate implementation of the Vienna Programme over the next five years. Actions listed in the Programme include scaled-up and renewed partnerships between LLDCs, transit countries and development partners; strengthened regional integration; increased investments in resilient and sustainable infrastructure development and maintenance; improved trade facilitation; efforts to address internal and external vulnerabilities of the LLDCs; and enhanced technical assistance and capacity building support to LLDCs, to name a few”.

Is the Vienna Programme helping LLDCs to develop?

“Since the adoption of the Vienna Programme of Action, there has been significant development of regional, sub-regional and multilateral initiatives amongst LLDCs and transit countries to support transit transport. 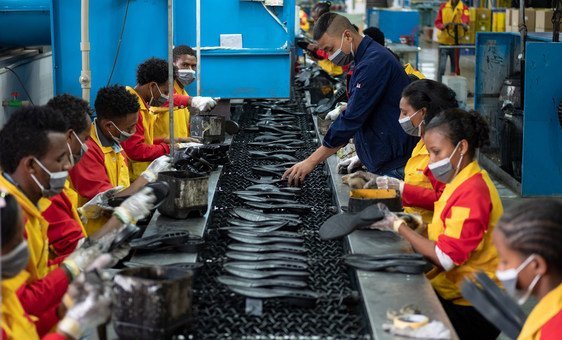 For example, Afghanistan, India and Iran signed a transport and transit corridor agreement in 2016; Bangladesh, Bhutan, India and Nepal entered into a Motor Vehicles Agreement in 2015; China, Mongolia and the Russian Federation are implementing a trilateral agreement for building of a trilateral economic corridor; the Eurasian Economic Union, which includes three LLDCs, adopted a new customs code in 2018; and the Agreement on River Transport for the Paraguay-Paraná Waterway was signed by the Latin American LLDCs and transit countries.

The African Continental Free Trade Area, essentially an immense single African market for goods and services which can facilitate the integration of LLDCs into regional value chains and expand their trade capabilities, entered into force in May 2019, and all LLDCs are part of it.

A big success is the ratification of the WTO Trade Facilitation Agreement by all but one LLDC that are WTO Members: now we must support their implementation of the Agreement.

Some transit transport corridors involving LLDCs – such as the Central Corridor and the Trans-Kalahari Corridor in Africa and the road corridors under the Central Asia Regional Economic Cooperation (CAREC) Programme – have managed to achieve the specific objective of the Vienna Programme of Action to reduce travel time along corridors, with the aim of allowing transit cargo to move a distance of 300 to 400 km every 24 hours”.

What progress is being made with new technologies? 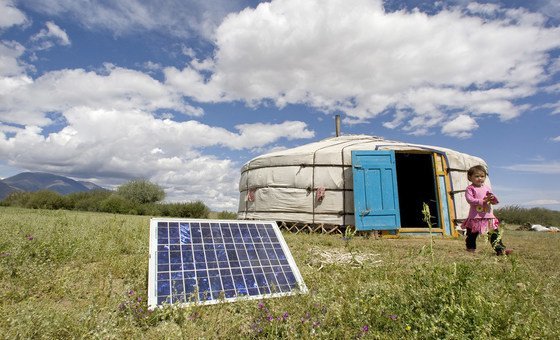 UN Photo/Eskinder Debebe | A family in Uvs Province, Mongolia, using a solar panel to generate power for their ger, a traditional Mongolian tent.

“Many LLDCs are also making progress in various areas, such as access to energy and ICT (information and communication technology) and structurally transforming and diversifying their economies.

Armenia has supported the ICT sector to become one of the leading sectors in its economy, promoting technology innovation and productivity growth. Armenia’s ICT sector has expanded by 20% annually since 2008, reaching record 38% expansion in 2017. Technological centers and free economic zones are being established to further promote the development of high-tech and engineering sectors in Armenia.

Botswana has created very attractive and highly competitive macroeconomic and business environment and is now amongst the top-rated economies in Sub-Saharan Africa, with well-articulated and sophisticated trade and development vision and policies.

Bhutan has tremendously increased the proportion of its population with access to electricity from 41% in 2003 to over 97% in 2017 and has large hydropower potential.”

What else has changed since the adoption of the Programme of Action in 2014?

“The Vienna Programme of Action has a straightforward goal: address the challenges of the landlocked developing countries in a more comprehensive manner than ever before. There is no doubt that we now have greater awareness of the LLDC issues: there is increased visibility, and also the recognition that LLDCs have special needs that have to be addressed at the international level, and in the work of the United Nations.

The 2030 Agenda has a key ambition to leave no one behind: this must include LLDCs.”