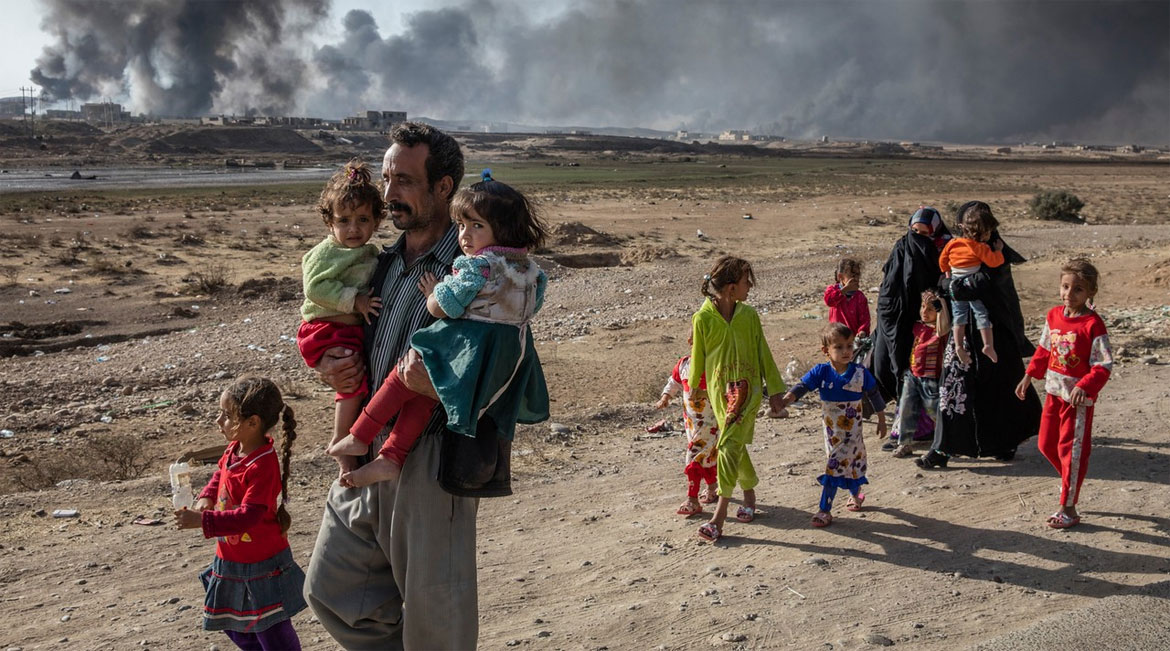 With more than 128 million people worldwide requiring immediate humanitarian aid, mostly due to war and violence, the United Nations Secretary-General has urged the international community to do more to protect civilians caught in conflict.

António Guterres made the appeal during a Security Council meeting on Tuesday, where he presented a report outlining three ways governments can step up action.

He noted that last year, more than 26,000 civilians were killed or injured in six countries affected by conflict: Afghanistan, the Central African Republic, the Democratic Republic of the Congo, Iraq, Somalia, and Yemen.

“The most effective way to protect civilians is to prevent conflicts and to end them,” Mr. Guterres told the Council.  “This is why conflict prevention, resolution and peacebuilding are, and will remain, the highest priorities for the whole United Nations system.”

Countries are also asked to support efforts by the UN and others to engage with non-state armed groups to develop practical codes of conduct for them, and action plans that address civilian protection.

Mr. Guterres said 17 groups have already signed action plans with the UN on ending child recruitment, adding that “we need more of these initiatives.”

Finally, he urged countries to ensure accountability for serious violations to end what he called “the climate of impunity.”

Steps include conducting credible national investigations and giving full support to the work of the International Criminal Court, which prosecutes individuals charged with atrocities such as genocide, war crimes and crimes against humanity.

The Secretary-General’s speech highlighted numerous ways lives have been upended by war, such as being subjected to rape and other human rights violations, or enduring the horrors of bombing and shelling in densely populated areas.

UN Photo/Eskinder Debebe
Yves Daccord, Director-General of the International Committee of the Red Cross (ICRC), addresses the Security Council meeting on the protection of civilians in armed conflict.

Also briefing the Council, Yves Daccord, Director-General of the International Committee of the Red Cross (ICRC), echoed another concern expressed by the UN chief: attacks against medical facilities and personnel.

He said that in the two years since the Council adopted a resolution on this subject, the ICRC has recorded more than 1,200 incidents in 16 countries, with health workers killed, hospitals bombed or looted, and medical supplies destroyed or prevented from crossing front lines.

“The gap between words and actions is rather dramatic,” he charged.  “And it is imperative that all states, not only parties to conflicts, uphold international commitments and make the protection of healthcare a national priority.”

She urged the Council to give more support to recovery efforts there, such as those underway in the city of Mosul, the last stronghold of the extremist group, ISIL, or Daesh.

Ms. Edwaar said all Iraqi civilians must have access to accountability, which she stressed “should not be limited to some people and some types of violations.”

She reported that families of Daesh fighters have been badly treated in camps.  Meanwhile, women who had been forced to marry extremists, as well as their children, have been stigmatized.

“The successful elections following the liberation of areas under the control of Daesh offer us a chance to move forward to building inclusive peace and justice,” she said.  “In this effort, the rights of all women to full participation should be respected.”