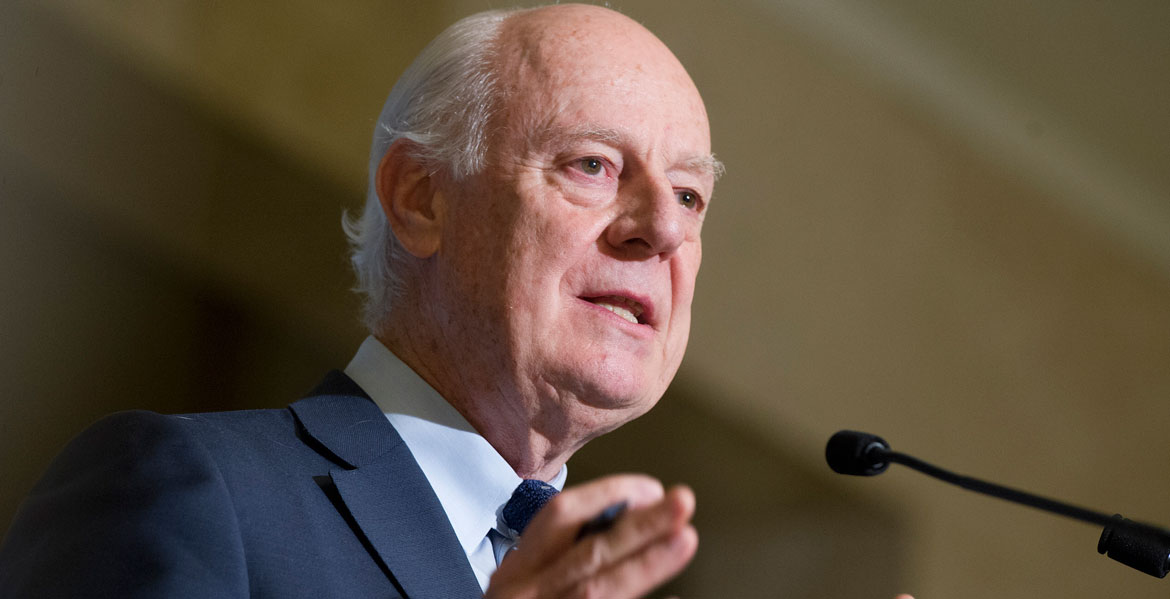 The United Nations Special Envoy for Syria on Wednesday detailed his most recent efforts to revive stalled peace talks which could end the brutal conflict that has been raging there for more than seven years.

“As instructed by the Secretary-General, I have been consulting with a broad spectrum of relevant stakeholders and proactively identified options for a meaningful re-launch” of the complex UN-led efforts in Geneva, to forge a lasting peace, said Staffan de Mistura, the UN Special Envoy for Syria, briefing the Security Council via video-link.

Since January 2016, the Geneva-based envoy has conducted several rounds of negotiations between the warring Syrian parties – talks known as the Geneva process. The last meeting took place in Vienna, in late January.

The talks focus on how Syria will be governed; a timetable and process to draft a new constitution; and the holding of elections as the basis for a Syrian-led, Syrian-owned process, to end the brutal conflict.

Mr. de Mistura said he had been on a “tour” of consultations over the past two weeks, meeting with the Syrian Government and opposition, as well as Security Council members. He had also held talks with members of the Arab League, Saudi Arabia, Egypt, Jordan, Iraq, the European Union’s High Representative – as well as key European governments -Turkey, Russia and Iran.

“I returned to Geneva with a mixed picture,” he said, explaining that significant differences still remain between key actors, but all agree on the need to de-escalate the fighting and form a UN-sponsored constitutional committee.

If we see a Ghouta scenario in Idlib, this could be six times worse, affecting 2.3 million people – UN Special Envoy

They also agree on the need to create a “safe, calm and neutral environment”, he said, that enables the achievements of objectives in the political process and the need to respect Syria’s sovereignty, territorial integrity and independence.

“But these commonalities risk getting lost, especially in the absence of serious international dialogue,” Mr. de Mistura warned, adding that careful but proactive high-level diplomacy is required more than ever.

His office is assessing a number of creative options to revive and advance the Geneva process, he said.

Regarding the northern rebel-held area of Idlib, Mr. de Mistura said that if the Syrian government’s previously-used tactic of bombing a rebel territory followed by negotiations and then mass evacuations is repeated in Idlib, it could affect “six times” more people than the battle to retake the suburbs of Ghouta, near the capital Damascus.

“If we see a Ghouta scenario in Idlib, this could be six times worse, affecting 2.3 million people,” Mr. de Mistura said.

However, Mr. de Mistura said he was “encouraged” by talks earlier this week in the Kazakh capital Astana, which discussed ways to avoid “the worst-case scenario” in Idlib, referring to negotiations led by Russia, Turkey and Iran in parallel to the UN-led Geneva process.