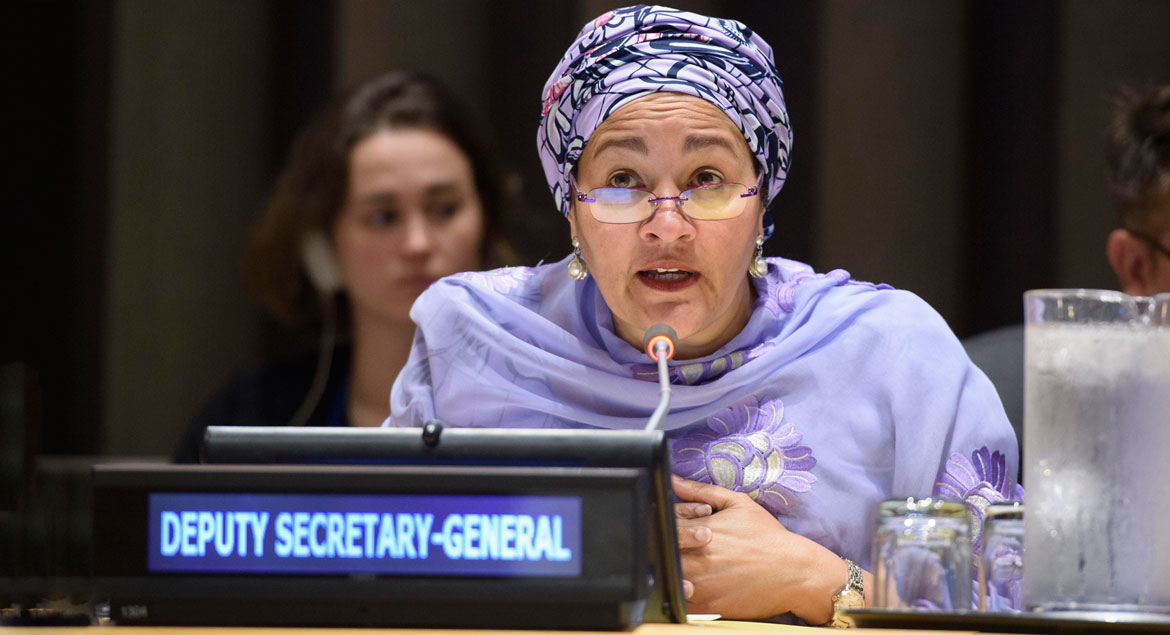 The “cycle of violence” in Gaza serves no one and it must end, the United Nations deputy chief said on Thursday, calling on everyone with a stake in Middle East peace, to exercise utmost restraint to avoid further deaths, especially the lives of children.

Deputy Secretary-General, Amina Mohammed, speaking at the UN Forum on the Question of Palestine on behalf of Secretary-General António Guterres, urged both Israeli forces – as well as organizers from Hamas, and other leaders of demonstrations against Israel’s decade-long blockade of the Gaza Strip – to prevent all violent actions.

“Today is an occasion to reflect on the costs and consequences of the 1948 War – which resulted in the mass displacement and dispossession of hundreds of thousands of Palestinians from their homes,” said Ms. Mohammad, referring to what Palestinians call “Al Naqba”, or catastrophe.

She said that apart from addressing the history of the decades-long conflict, it also provided an opportunity to look ahead at what must be done to cement a lasting peace.

“This year we celebrate the 70th anniversary of the Universal Declaration of Human Rights. The principles and standards enshrined in the Universal Declaration should guide the search for a durable solution to the question of Palestine”, said Ms. Mohammed, adding that a solution had to be found “that must be based on international law, the legitimate aspirations of Palestinians and Israelis, as well as dialogue for reconciliation and for accountability.”

In her remarks, Ms. Mohammad also cautioned against the establishment and expansion of more Israeli settlements in the West Bank and East Jerusalem, noting that it displaced more Palestinians and was a major impediment to talks towards a two-state solution.

“We must strive for a future where Israel and Palestine thrive as states in which all are equally respected, and where civil society is able to play its constructive role,” she said.

“The UN will continue to support Israelis and Palestinians on the road to peace, by helping them to take the historic steps to achieve a solution of two states living side by side in peace and within secure and recognized borders with Jerusalem as the capital of both. Over the course of the next two days, I urge you all to reflect on how we can turn this vision into a reality,” she said.

The two-day Forum marks the anniversary of the 1948 War and mass displacement of Palestinians, convened by the UN Committee on the Exercise of the Inalienable Rights of the Palestinian People.

It brings together Palestinian, Israeli and international experts, as well as representatives of the diplomatic community and civil society, to discuss how a lasting settlement can be brought about.