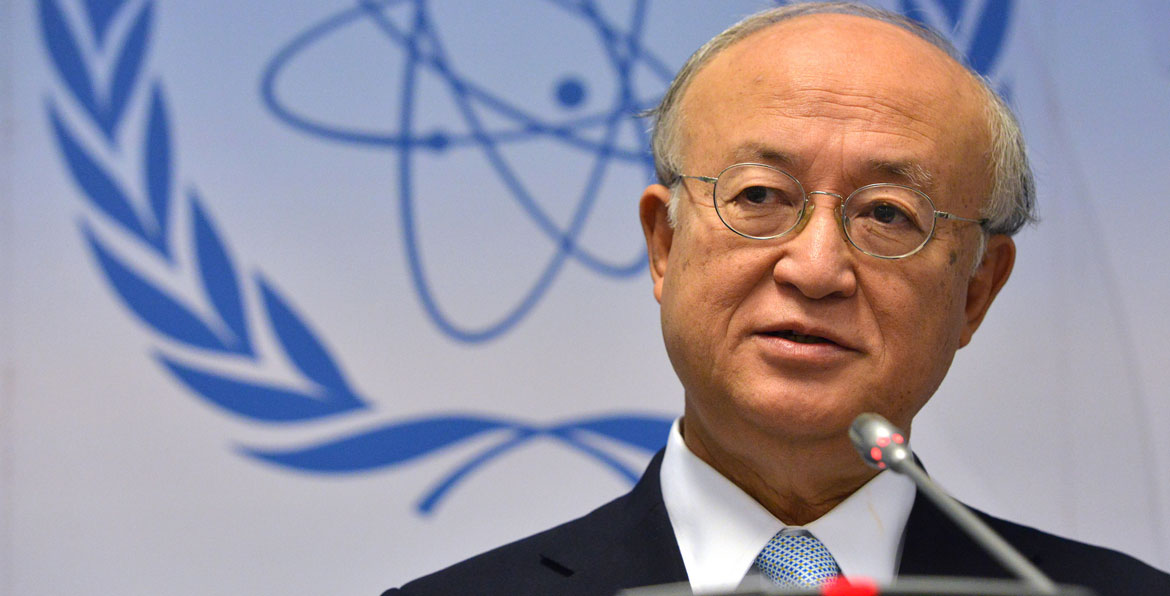 IAEA/Dean Calma | IAEA Director General Yukiya Amano briefs members of the media at a press conference held during the 1412th Board of Governors meeting on Iran. (file)

Speaking the day after the United States withdrew from an international agreement on Iran’s nuclear programme, the head of the United Nations atomic watchdog agency made it clear that Iran has consistently stuck to its commitments.

Yukiya Amano, who leads the International Atomic Energy Agency (IAEA), said Iran was “subject to the world’s most robust nuclear verification regime” under the terms of the 2015 deal, known as the Joint Comprehensive Plan of Action, or JCPOA.

The JCPOA – reached by Iran, China, France, Germany, Russia, the United Kingdom, the US and the European Union – sets out rigorous mechanisms for monitoring restrictions placed on Iran’s nuclear programme, while paving the way for the lifting UN sanctions against the country.

On Wednesday, President Donald Trump, announced at the White House that the US would be withdrawing from the deal, and unilaterally begin reinstating economic sanctions against Iran at “the highest level”.

As of today, the IAEA can confirm that the nuclear-related commitments are being implemented by Iran — IAEA chief Yukiya Amano

In a live televised address, he did not claim that Iran was in violation of the terms of the deal, but described its so-called “sunset provisions” – which lift restrictions on the country’s ability to enrich uranium within 10 to 15 years – as “totally unacceptable”.

UN Secretary-General António Guterres said in a statement shortly after the US announcement, that he was “deeply concerned” by the decision, and called on the remaining parties to preserve the deal.

The IAEA has said repeatedly that according to the Agency’s inspectors on the ground in Iran, no violations of the agreement had taken place, and there has been no evidence of any activity relating to any “nuclear explosive device”, after 2009.

The IAEA Director General said the agency would be “closely following developments related to the JCPOA, as requested by the United Nations Security Council and authorized by the IAEA Board of Governors in 2015.”

He described the three-year-old agreement as “a significant verification gain” adding that “as of today, the IAEA can confirm that the nuclear-related commitments are being implemented by Iran”.