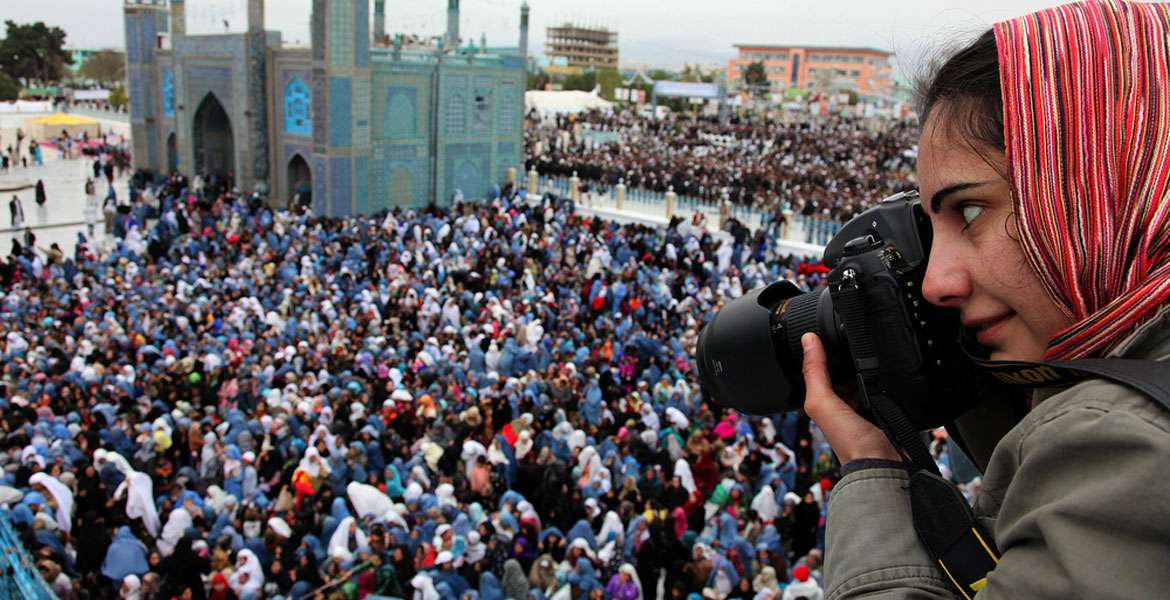 With journalism under increasing attack worldwide, top United Nations officials on Thursday joined a growing chorus of calls for the better protection of media workers.

Marking World Press Freedom Day via video message, UN Secretary-General António Guterres described “how journalists and media workers shine a light on local and global challenges and tell the stories that need to be told,” and said: “Their service to the public is invaluable.”

“Laws that protect independent journalism, freedom of expression and the right to information need to be adopted, implemented and enforced.  Crimes against journalists must be prosecuted,” he stressed, calling on governments to strengthen press freedom, and to protect journalists in the vital work they do.

“Promoting a free press is standing up for our right to truth,” he added.

Only 10 per cent of the 930 cases of killings of journalists between 2006-2016 have been officially resolved, according to the most recent World Trends in Freedom of Expression and Media Development Report, published by the UN Educational, Scientific and Cultural Organization (UNESCO) and its partners.

During last year, 79 journalists were assassinated worldwide while going about their work.

Earlier this week, nine journalists were among those killed in a terrorist attack in Afghanistan.  Following an initial terrorist blast in the capital Kabul, that killed many civilians, a second explosion targeted media workers arriving on the scene to cover the attack.  In a separate incident on the same day, another Afghan journalist was killed.

This brings the total number of journalists murdered so far this year to 32 – with nearly eight months remaining.

UNESCO’s chief, Audrey Azoulay, pledged – in her message for the Day – that her agency was “committed to defending the safety of journalists and fighting against impunity for crimes committed against them.”

“The ideal of a State under the rule of law calls for well-informed citizens, transparent political decisions, public debates on topics of common interest and a plurality of viewpoints that shapes opinions and undermines official truths and dogmatism,” she said. “This shaping and informative power, mainly falls to the press and the media in general, under all their guises and through various mediums.”

Around the world, World Press Freedom Day, established by the UN General Assembly in 1993, is being observed to champion free and accurate reporting.

“We cannot become complacent to these kinds of attacks. They cannot become the new normal,” Assembly President Miroslav Lajčák told an event held at UN Headquarters in New York.

This year’s theme for the Day is “Keeping Power in Check: Media, Justice and The Rule of Law.” It highlights the importance of having laws that safeguard press freedom, and gives special attention to the role of an independent judiciary to guarantee press freedom and prosecute crimes against journalists.

UNESCO has partnered with 40 news organizations to launch a campaign that encourages readers to look beyond their usual outlets, and actively engage with alternative news sources. The campaign slogan – ‘Read more. Listen more. Understand more. It all starts with a free press” – featured strongly during the official global celebration of the Day, in the Ghanaian capital, Accra.

In Afghanistan, Tadamichi Yamamoto, the UN Secretary-General’s Special Representative, has this message to mark the day.

“The United Nations recognizes that Afghanistan is one of the most dangerous places for journalists to work,” he said, “and we reiterate our determination to protect journalist safety and to fight against impunity.”

In Somalia, UN Special Representative Michael Keating, commended the courage and dedication of the country’s journalists who operate in one of the world’s most dangerous environments for media workers.

“I salute the hundreds of Somali journalists who risk their lives on a regular basis to do their job,” said Mr. Keating. “A truly free and independent news media is indispensable in all democratic societies, an essential means to hold the powerful to account.”

He added that it was “an essential component for the media to do its job is ending the culture of impunity that, unfortunately, prevails for crimes committed against journalists.”