From air transport in the Congo to truce observation in the Golan and assistance in the transition to independence in Namibia, the Netherlands has a long history with United Nations peacekeeping.

As of January 2018, there are 240 Dutch peacekeepers serving with five UN missions. The majority of them are in the West African nation of Mali, where they play a vital role in obtaining high quality intelligence that allows the UN peacekeeping mission there to operate more effectively.

In December 2017, the UN Interim Force in Lebanon (UNIFIL) conducted its first all-female foot patrol with ten female peacekeepers from six troop-contributing countries – Ghana, Ireland, Italy, Republic of Korea, Malaysia and the Netherlands. In the photo above, Lt. Colonel Ella Van Den Heuvel of the Netherlands interacting with a local resident while patrolling in Rmeish, South Lebanon. 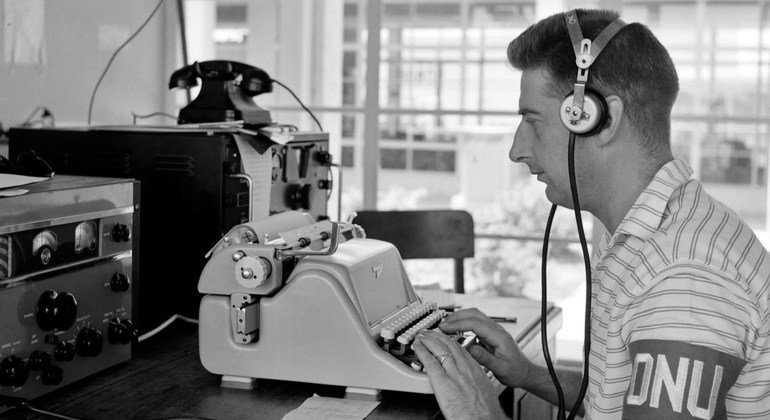 A Radio Communications Officer, W. Mayer of the Netherlands, at work at the airport in Elisabethville, in the Katanga province of what was then the Republic of the Congo (and is today the Democratic Republic of the Congo). Nearly 14,500 soldiers from 10 countries were part of the UN Operation in the Congo, known by its French acronym ONUC, helping to restore order and calm in the country. These countries assisted with technical and medical personnel, air transport, heavy materials, food and various supplies. (17 August 1960) 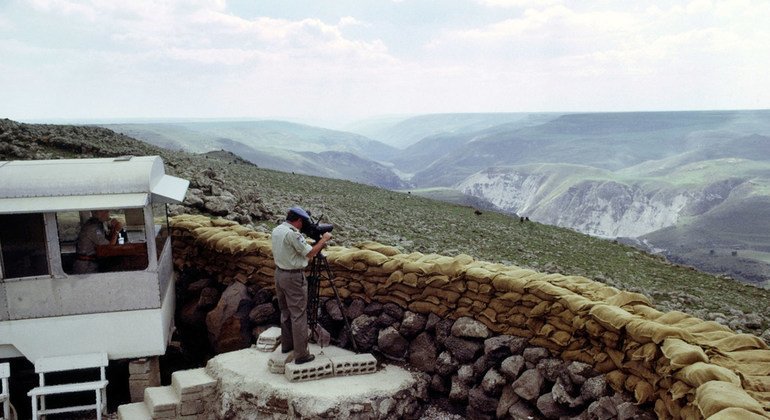 In the wake of the hostilities that erupted in May 1948 between the newly-proclaimed State of Israel and its Arab neighbours and the subsequent Armistice Agreements that followed, the Security Council established the UN Truce Supervision Organization (UNTSO). Seen here is Major Arnold Wouters of the Netherlands observing at Observation Post ROMEO, in the Golan Heights, Syria. (26 April 1973) 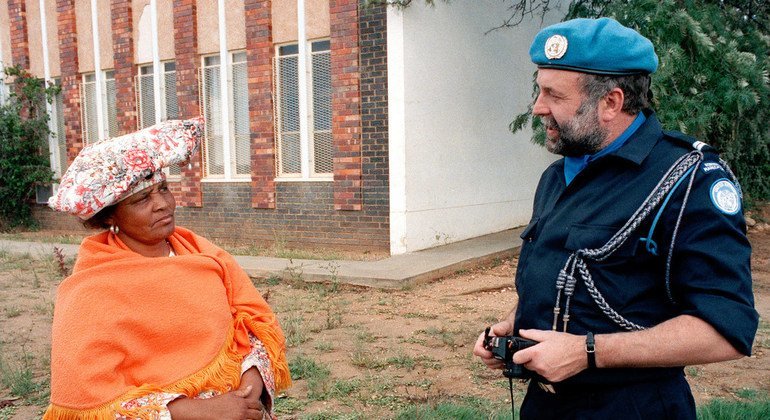 The Netherlands sent 60 police monitors to Namibia, such as the one seen here speaking to a resident in Windhoek, to serve with the UN Transition Assistance Group (UNTAG). The mission was set up in 1989 to help ensure the early independence of Namibia from South Africa through free and fair elections, among other tasks. A total of 980 UNTAG police monitors from 23 countries were charged with overseeing the Southwest African Police, who were responsible for maintaining law and order in the territory during the transition period. (1 April 1989) 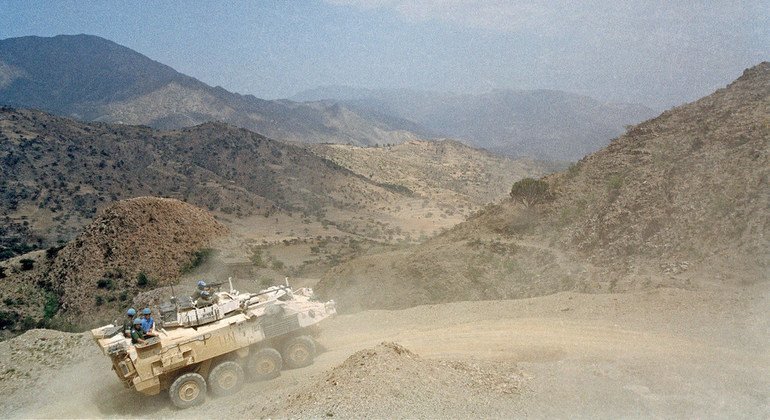 An armoured personnel carrier from the Netherlands and Canadian Battalion (NECBAT), part of the UN Mission in Eritrea and Ethiopia (UNMEE) patrols the Temporary Security Zone, a buffer area along the countries’ common border. The Zone was set up following the two-year border war that ended in 2000. A Boundary Commission, jointly set up by both countries, was tasked with demarcating the border and making final decisions on contested areas. (1 June 2001) 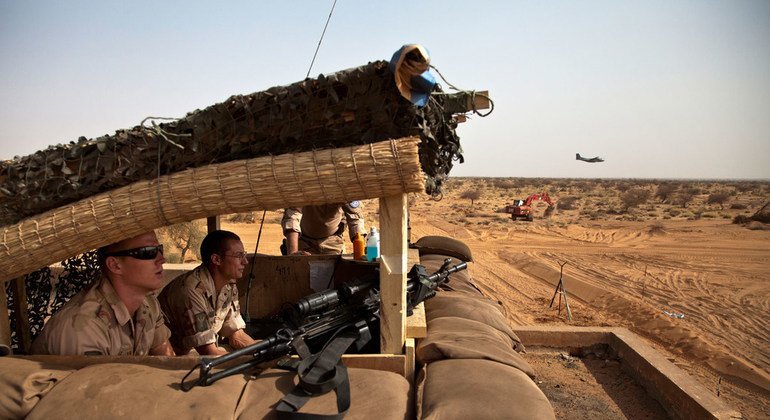 Peacekeepers from the Netherlands serving with the UN Multidimensional Integrated Stabilization Mission in Mali (MINUSMA) keep watch from their guard station on the rooftop of an abandoned building, at the site of their military camp in Gao. At the time the Dutch contingent consisted of 380 troops (including Special Forces and a logistics team) and they also contributed several helicopters. (26 February 2014).