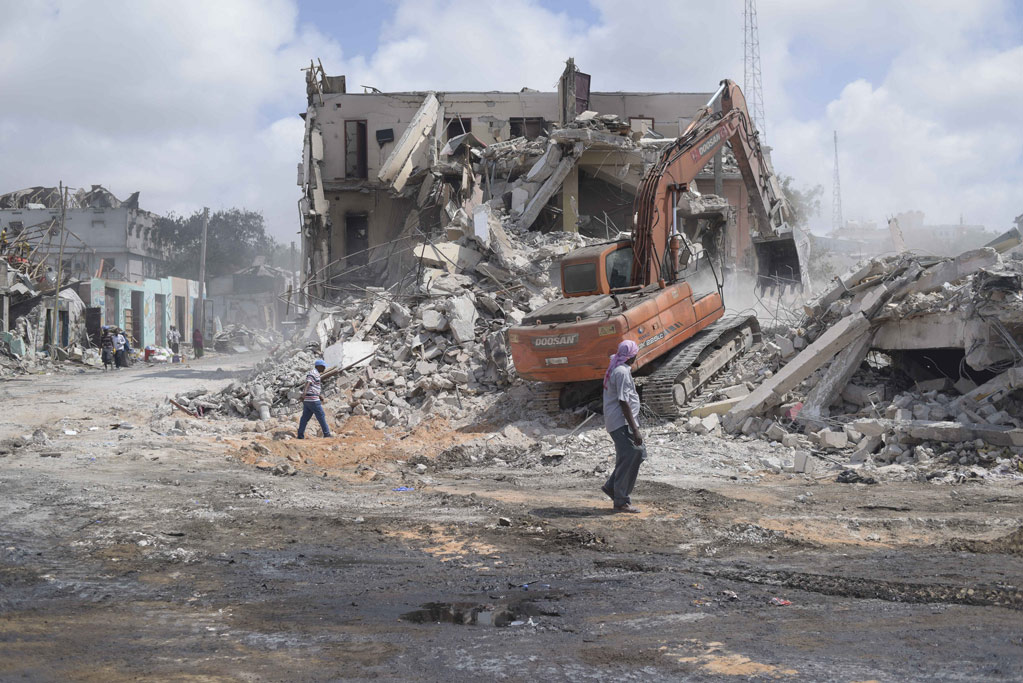 The United Nations family of agencies and programmes is continuing to roll out its response in support of the recovery and clean-up effort in Mogadishu following Saturday’s massive car bomb blast, which killed some 300 people, injured hundreds more, and is being called Somalia’s worst-ever such attack.

The UN Children’s Fund (UNICEF), the Office of the UN High Commissioner for Refugees (UNHCR), the World Health Organization (WHO), the UN Development Programme (UNDP) and the UN Office for the Coordination of Humanitarian Affairs (OCHA) are among the host of UN entities already on the ground. More than 100 UN staff have donated blood to help the injured.

The UN Mine Action Service (UNMAS) has deployed technical advisors, medics and bomb-sniffing dog teams at the main bomb blast site near the Safari Hotel. Fire unit personnel from the UN Assistance Mission in Somalia (UNSOM) and the UN Support Office in Somalia have been using specialized life-detection equipment to search for survivors.

According UNSOM, youth from local universities also joined the clean-up and rescue operation earlier this week. More than 300 youth volunteers are participating in the effort and were accompanied by the Mogadishu Mayor, Thabit Abdi Mohamed, in clearing the debris and rubble.

Our short video story takes you inside the post-blast recovery effort, and in a related Soundcloud, the UN Deputy Humanitarian Coordinator in the country, Vincent Lelei, tells UN News that the international community’s support to Somalia is a “silver lining” in the face of the tragedy.