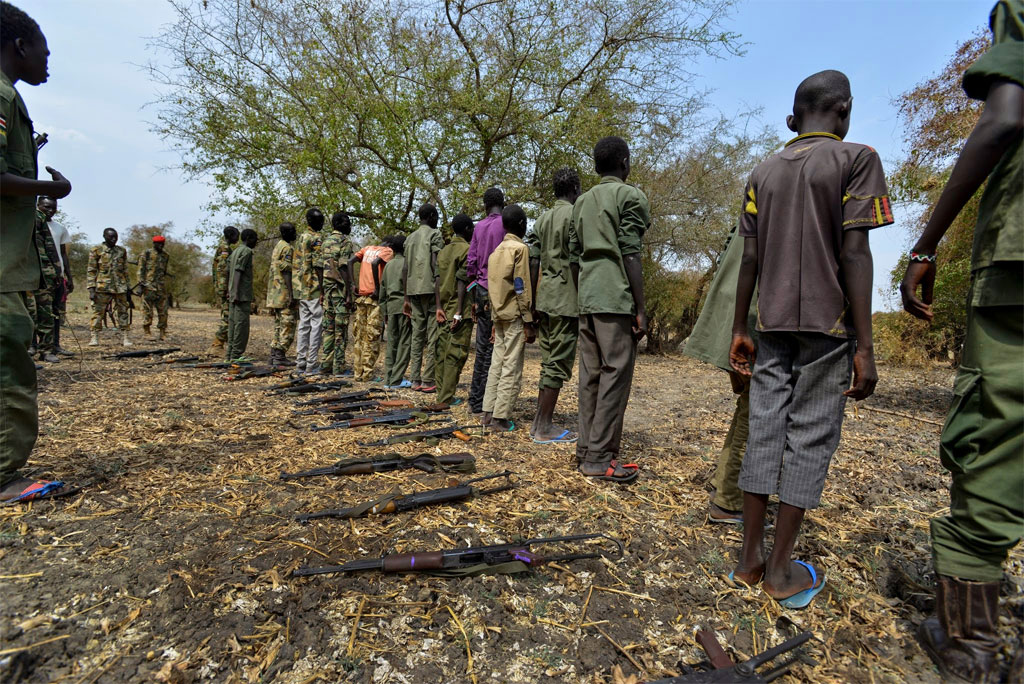 More than 15,500 children became victims of widespread violations – including shocking levels of killing and maiming, recruitment and use, and denial of humanitarian access – a new United Nations report has revealed.

According to the Secretary-General’s report on children and armed conflict, presented today to the Security Council, children from countries such as Afghanistan, the Democratic Republic of the Congo, Iraq, Somalia, South Sudan, Syria and Yemen, suffered an unacceptable level of violations by parties to conflict – both government forces as well as non-State armed groups.

“The tragic fate of child victims of conflict cannot and must not leave us unmoved; a child killed, recruited as a soldier, injured in an attack or prevented from going school due to a conflict is already one too many,” the Special Representative of the Secretary-General for Children and Armed Conflict, Virginia Gamba, said in a news release today.

Of the 20 country situations included in the report, at least 4,000 verified violations committed by Government forces and over 11,500 by non-State armed groups. Afghanistan recorded the highest number of verified child casualties since the UN started documenting civilian casualties in 2009, with 3,512 children killed or maimed last year – an increase of 24 per cent compared to the previous year.

Expressing shock over the scale of violations documented in the report, UN Secretary-General António Guterres reiterated his call on parties to conflict to abide by their responsibility to protect children, in accordance with their obligation under international humanitarian and human rights law.

“The goal of the report is not only to raise awareness of the violations of the rights of children but also to promote measures that can diminish the tragic plight of children in conflict,” read a statement attributable to the spokesperson for the Secretary-General.

“The Secretary-General is encouraged that several governments and non-state actors are now working with the United Nations towards that objective. He hopes that more will follow,” it added.

The statement further noted that the new Developments and Concerns section included in the report reflects this enhanced UN engagement, which should lead to reducing the suffering of children victims of armed conflict and increase their protection.

The violations covered in the report include recruitment or use of children; killing or maiming children; committing rape and other forms of sexual violence against children; engaging in attacks on schools and/or hospitals; and abducting children in situations of armed conflict.

The parties which committed these violations are listed in annexes to the report. The annexes also include parties that have put in place measures to improve protection of children during the reporting period and those who have not implemented adequate measures.