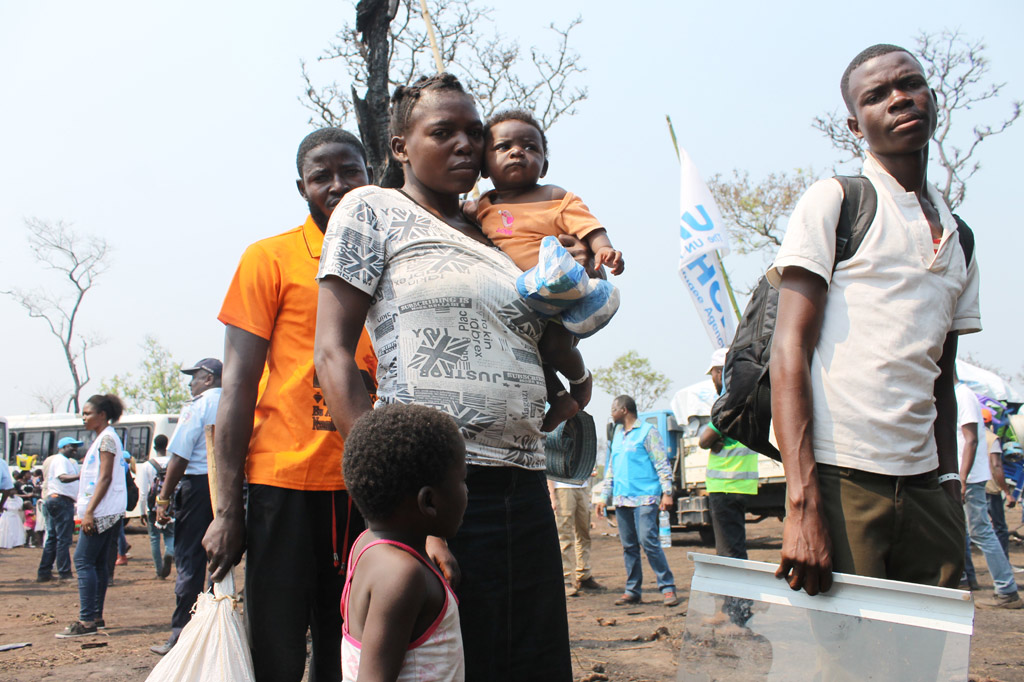 Warning of threats to the global asylum environment, the United Nations refugee agency’s protection chief today stressed the importance of sustained engagement by the international community to keep refugees high on the political agenda.

“The interest in refugee and displacement-related issues tends to wax and wane. We are already seeing a different dynamic today than in 2015, when refugees were foremost on the political agenda,” Assistant High Commissioner for Protection Volker Türk said in a key address to the annual Executive Committee meeting of the Office of the UN High Commissioner for Refugees (UNHCR) in Geneva.

“Sustained engagement is required, especially to address protracted refugee and internal displacement situations, but also new large movements of refugees and migrants,” he added, stressing that every nation must exercise its responsibility towards all people – nationals and non-nationals alike – who are subject to the jurisdiction of a country.

“Providing protection and hope for the future does not take anything away; if properly managed, it adds and enriches,” Mr. Türk explained, adding: “Sometimes this gets forgotten in the media chatter and myopic political discourse where abstract concepts and ideologies obscure the realities of human beings in distress.”

He added that: “Asylum and refugee protection are not things thrown easily to the wind. They represent humanity at its best, and respect for each human being.”In this regard, next year’s Global Compact on Refugees will help to sustain this much-needed interest, he said, referring to an internationally agreed document on the refugee issues to be adopted by UN Member States in 2018.He said the proposed compact would broaden support base by building new and reinforcing old partnerships, such as with the World Bank, regional bodies, civil society, and the private sector, and encourage much stronger commitments to resettlement and complementary pathways.The compact would also enable greater predictability and investment in the future by strengthening the resilience of both refugees and hosting communities.“This is a tall order, but it is achievable if we work on it together,” he told representatives of 151 States that make up the Executive Committee.On international protection, Mr. Türk said violations of international refugee law are “wide-ranging and occur in all parts of the world.”“In particular, they have included killings of refugees by the military,” he said, adding that there has also been a surge in serious incidents of refoulement, the forced return of refugees.

The essence of international protection lies in identifying and recognizing the needs of people fleeing conflict, violence, human rights abuses, and other serious predicaments in their country of origin

Another major worry is an increasing trend in deterrence measures by governments. Prolonged, arbitrary, and indefinite detention of asylum-seekers and refugees continues in a number of countries, including in so-called ‘regional processing centres,’ he said.

“Granting asylum and protecting refugees is a humanitarian, non-political act,” he said, stressing that some politicians have cast aside humanity in favour of short-term political gains, arguing that they were acting in defence of the liberty, security, and safety of their citizenry.

“This is dangerous – not just for the many refugees whose lives are affected as a result, but also for the citizens in whose defence governments purport to act,” he said.A variety of terms are used to describe refugees, such as “undocumented people” or “vulnerable migrants,” possibly with the idea of making a stronger case for the rights of all people on the move. However, this has caused confusion and inadvertently provided fodder for those who wish to undermine refugees’ rights.“I have to say that, quite apart from the erroneous legal depiction, I find it inappropriate to present people as a sub-set of anything, migrants or otherwise,” he said.“A refugee is a refugee,” he continued, explaining that there is a clear legal definition of refugees linked to absence of national protection. The essence of international protection lies in identifying and recognizing the needs of people fleeing conflict, violence, human rights abuses, and other serious predicaments in their country of origin, Mr. Türk added.