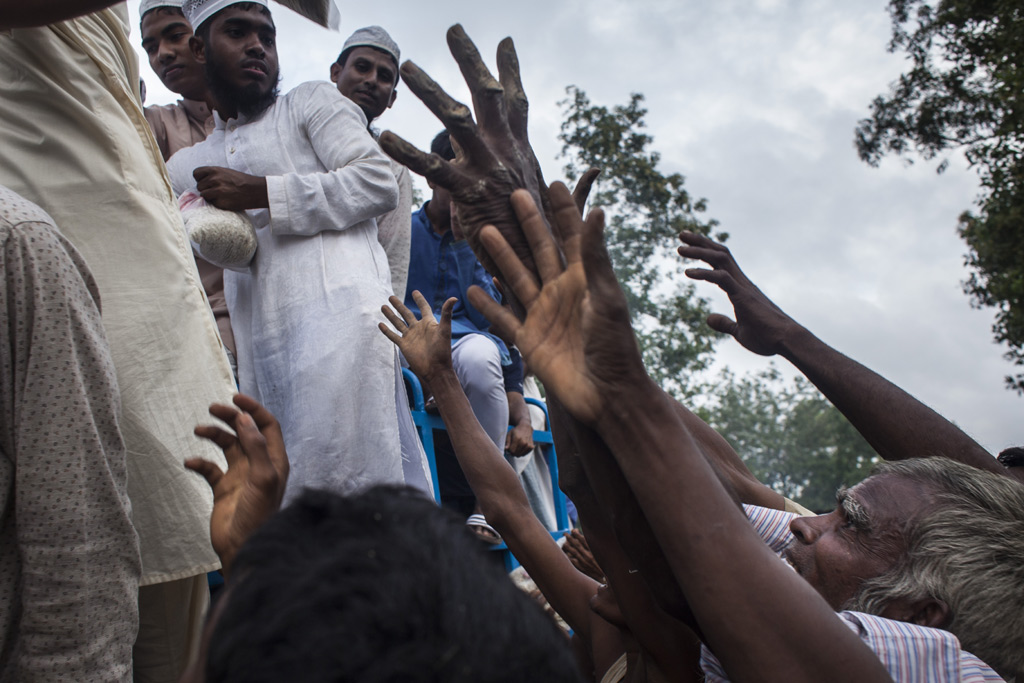 The human tragedy unfolding in southern Bangladesh is staggering in its scale, warned two senior United Nations officials today as they wrapped up a mission to the Cox’s Bazar with calls for a “significant increase in assistance” for the hundreds of thousands of Rohingyas have settled in the area after fleeing violence in neighbouring Myanmar.

“We leave Bangladesh […] all the more determined that the United Nations do all it can to assist the Government of Bangladesh in coping with this crisis,” said Mark Lowcock, UN Emergency Relief Coordinator and Anthony Lake, Executive Director of the UN Children’s Fund (UNICEF).

In the last few weeks, well over half a million Rohingya people have crossed the Myanmar border in to Bangladesh, making this the world’s fastest developing refugee emergency.

“People arrive fearful, exhausted and hungry, and in desperate need of immediate help including shelter, food, clean water and sanitation, and healthcare,” they asserted. “They bring with them terrible accounts of what they have seen and suffered – stories of children being killed, women brutalized, and villages burned to the ground.”

The UN officials lauded the Government and people of Bangladesh for its “extraordinary spirit of generosity” in opening the country’s borders and their providing relief to the refugees as “an inspiring example of humanity.”

Explaining that the refugees are living in flimsy shacks in sprawling, densely-crowded sites that have sprung up to accommodate them – with ever-growing risks for a disease outbreak – they underscored the urgency for funding so that all refugees have access to food, shelter, water, sanitation facilities, health care and protective services.

“Conditions in the temporary settlements are dire. Without a significant increase in assistance, the refugees, who have suffered so much already, could face another catastrophe on top of the tragedies that caused them to flee their homes,” they stressed.

Today an update to the UN and the international aid community’s response plan was released, seeking $434 million to scale up the relief operation supporting the refugees and host communities. In support of this, an additional $12 million from the Central Emergency Response Fund (CERF) has been allocated to help establish additional sites for newly arrived refugees.

While the two senior UN officials welcomed assurances of close cooperation with the Government, they underscored that the “appalling situation” is not over as people continue to flee for their lives, crossing from Myanmar into Bangladesh – and requiring immediate support.

“We call again on the Myanmar authorities to allow the full resumption of humanitarian action across all of Rakhine state, and will continue to advocate for conditions to be created that allow for people to safely, securely and voluntarily go home,” they concluded.