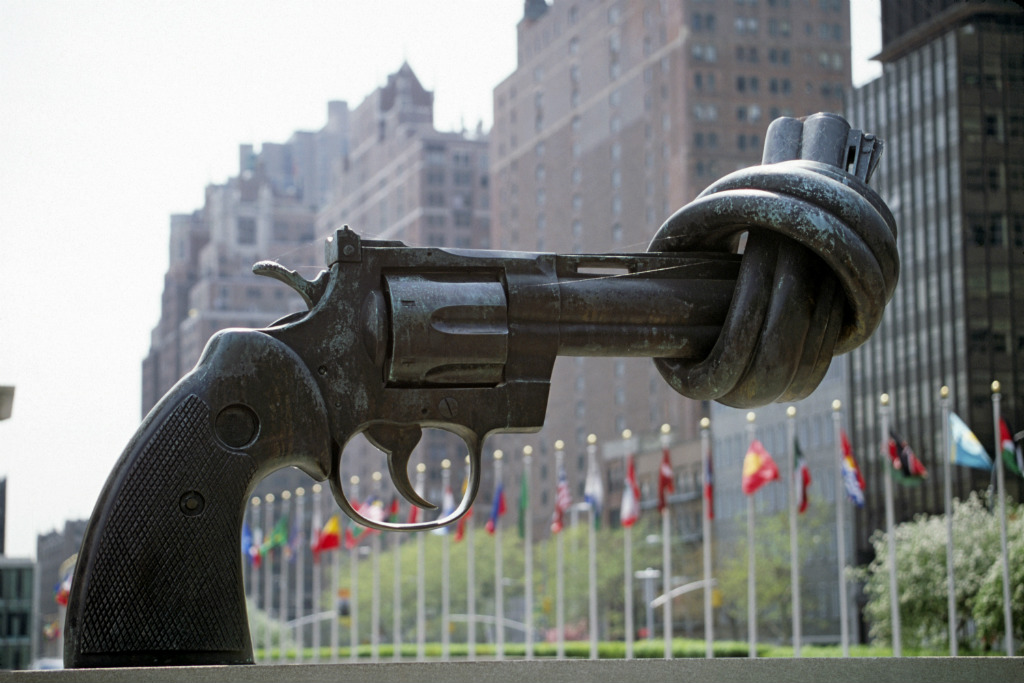 Noting that in today’s world, violence has become a “tool of choice” for many and new evidence, of destruction and suffering, every day resulting from this choice, the President of the United Nations General Assembly has called for greater efforts to prevent conflict and for the Organization to promote the use of non-violence across all three pillars of its work.

“Mediation is one of the most effective tools of non-violence. It can turn parties away from conflict, towards compromise,” said Miroslav Lajčák, speaking at an event to mark the International Day of Non-Violence.

“This means it can avert violence – which only leads to loss – and promote non-violence, resulting in benefits on all sides,” he said.

In his remarks, Mr. Lajčák recalled last week’s 72nd annual general debate and noted the calls made by Member States for more support to local, national or regional actors to use non-violent ways to stop or prevent conflicts.

He also spoke of Secretary-General Guterres’ prioritization of prevention in his mandate and underscored that the issue would be a main focus throughout the 72nd session of the General Assembly.

The President of the General Assembly said the Organization has entered an era of “UN reform,” and in that context urged everyone to remember its common aim: “A UN that is fit for purpose, which can offer non-violence solutions to global challenges.”

“The longer it takes to respond to a major development or crisis, the higher the chance of violence being seen as the only answer,” he stated.

Concluding his remarks, Mr. Lajčák recalled the words of Mahatma Gandhi, born this day 148 years ago, that “nothing enduring can be built on violence” and said that whether it be called sustainable development, transformative change or a better world to live in, none it is possible through violence.

“The United Nations must act as a constant reminder of this. It must not only work through non-violence – but it must inspire others to do so too,” he said.

The UN General Assembly, through a resolution in 2007, designated 2 October as the International Day of Non-Violence to coincide with the birthday of Gandhi, who led the country’s independence movement and pioneered the philosophy and strategy of non-violence.