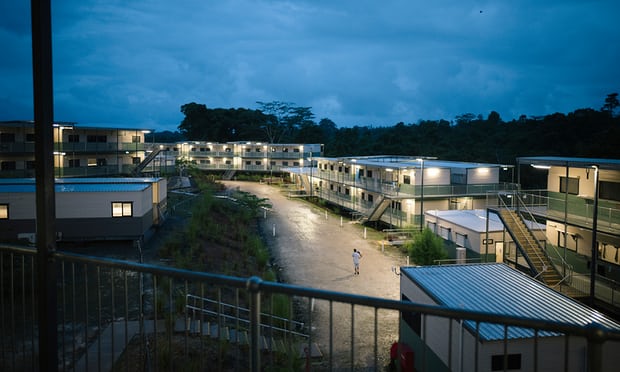 Last week the first refugees from Nauru and Papua New Guinea have departed to start a new life in the United States. After more than four years spent in limbo, in harsh and punitive conditions, those who sought Australia’s protection will finally find the chance to rebuild their lives elsewhere in safety and with dignity.

They leave behind a harrowing chapter of immense and avoidable suffering. Families have been separated, children have gone years without schooling, and human beings have been physically and psychologically damaged. For those who feel abandoned, as they see the Australian government seeking to walk away from those it has consigned to such harm, the sense of hopelessness is acute.

The consequences of open-ended mandatory detention, inadequate conditions and indefinite limbo, are devastating, yet predictable. For years now, UNHCR and others have highlighted the overwhelmingly negative toll on human lives, while the policy grinds on.

While many of the refugees on Papua New Guinea and Nauru will, hopefully, find a solution in the US, it is time to bring an end to this saga for the rest. The best solution, especially for those with close family ties, is to bring the recognised refugees to Australia, where people can receive proper medical and psychological care, and start to repair and rebuild their lives.

The personal face of the policy of “offshore processing” has been largely hidden from public view, but behind each of these untold individual stories is a personal and genuine tragedy.

During my first visits to the Nauru “regional processing centre” in 2014, I knelt down to speak with a six year-old girl. Asking her name, I was disturbed when she answered with a boat number, “EZB037.” Believing she misheard, I asked again, only to hear the same letters and number repeated. We can only imagine what brings a young girl to replace her name with an identification number.

In order to help bring an end to this ordeal, UNHCR, the UN refugee agency, helped facilitate the referral of refugees to the US government. Our chief concern has been to prevent further suffering, but this should not take away from Australia’s fundamental responsibility.

There is nothing illegal about seeking sanctuary from war and persecution. The right to seek asylum is enshrined in the Declaration of Human Rights and is a basic and fundamental principle of international law. Australia’s obligation to people fleeing persecution, just as with any country in the world, is the same whether they arrive by air or by sea.

At this time of record displacement, it is more important now than ever, to uphold these principles. All 193 member states of the United Nations agreed when they unanimously adopted the New York Declaration for Refugees and Migrants, in which they collectively declared “profound solidarity with, and support for, the millions of people in different parts of the world who, for reasons beyond their control, are forced to uproot themselves and their families from their homes.”

Today, more than eight in ten refugees are hosted in low or middle-income countries with countries like Lebanon, where refugees now make up a quarter of the population. Australia has provided welcome support to humanitarian emergencies abroad and taken in refugees through resettlement quotas and community sponsorship. But we rely on countries like Australia – prosperous, successful immigrant countries with respect for the rule of law and a fair go for all – to also uphold its end of the international asylum system.

The example Australia sets at home is one that is watched closely by countries in the region and around the world. Closing borders and outsourcing obligations will not prevent people from seeking safety, nor will it provide protection to the men, women and children who need it. It will only be a destructive and dangerous precedent.

I understand why those who originally supported offshore processing were moved by the tragic drownings of men, women and children who were trying desperately to reach Australia’s shores, to embrace policies and practices seeking to end the boats. But there is a false and disingenuous logic in saving people at sea, only to then mistreat and neglect them on land. When faced with overwhelming evidence of harm and neglect, we must acknowledge that good intentions cannot justify the status quo.

The current policy has been an abject failure. A proper approach by Australia must include, at a minimum, solutions for all refugees and asylum seekers sent to Papua New Guinea and Nauru, and an end to offshore processing.

This is the time to share, not shirk, responsibility.

Thomas Albrecht is the UNHCR regional representative in Canberra