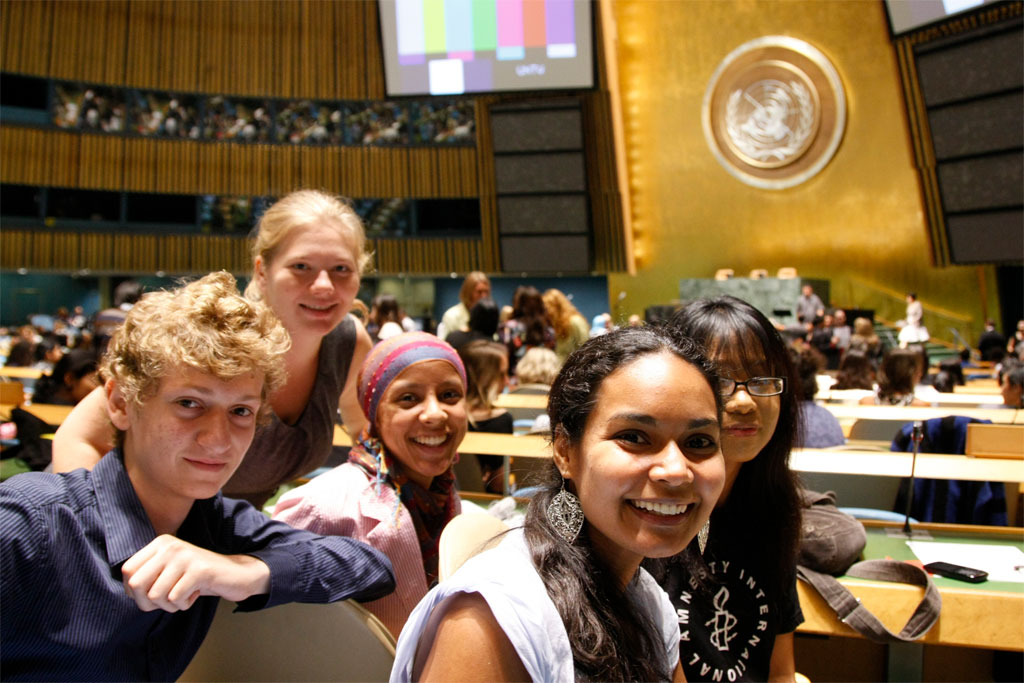 Education can promote ideals of non-violence, equality and mutual respect, United Nations officials said today at a high-level event on how to achieve a culture of peace amid current global challenges and threats to stability, prosperity and the planet.

“We have to teach our children the values of peace, tolerance, equality and respect. They should be under no illusions as to the self-destructiveness of the alternative,” said the President of the General Assembly, Peter Thomson, who convened the all-day event in New York with a focus on early childhood development.

“We must equip them with the skills and education they need to peacefully resolve disputes; to confront injustice and intolerance; and to reject all forms of discrimination and hate,” he added.

Mr. Thomson noted that creating peaceful and just societies is dependent on eradicating poverty, increasing inclusive prosperity, promoting human rights, strengthening the rule of law, and building effective and accountable institutions – the goals of the Sustainable Development Agenda which has guided the international community’s anti-poverty efforts since 2015.

“Fostering a culture of peace requires all of us – individuals, nations and international organisations – to work together to promote understanding of our common humanity,” the senior official said. “We must promote intercultural respect, strengthen interreligious understanding, and inspire people’s hopes for the future. Above all we must unite for peace.”

The event brought together representatives from UN Member States, UN system entities, civil society, media, the private sector and others with an interest in exchanging ideas and suggestions on ways to build and promote a Culture of Peace, and to highlight emerging trends that impact its implementation.

In addition to early childhood education and investment in children, Secretary-General António Guterres stressed the need to invest in youth to promote world peace.

He called young men and women “the barometer of social discontent, economic marginalization and political exclusion,” and said they must be recognized as active agents of change and custodians of peace.

In a speech delivered by his Senior Advisor on Policy, Ana María Menéndez, the Secretary-General also recognized women’s contributions and participation in long-term peace efforts. He said that women’s meaningful participation generates a different perspective in solving problems, and needs to be supported in all aspects of life.

Mr. Guterres also highlighted the importance of investing in inclusion and cohesion, so that diversity is seen as a benefit and not a threat.

“To prevent intolerance, violent extremism and radicalization, we need to promote the inclusion, solidarity and cohesion of multi-ethnic, multicultural and multi-religious societies. It is the best antidote to racism, xenophobia, Islamophobia and anti-Semitism,” he noted.

The first such forum on the Culture of Peace was held in September 2012, and recognized the need for continual support to further strengthening the global movement for peace.