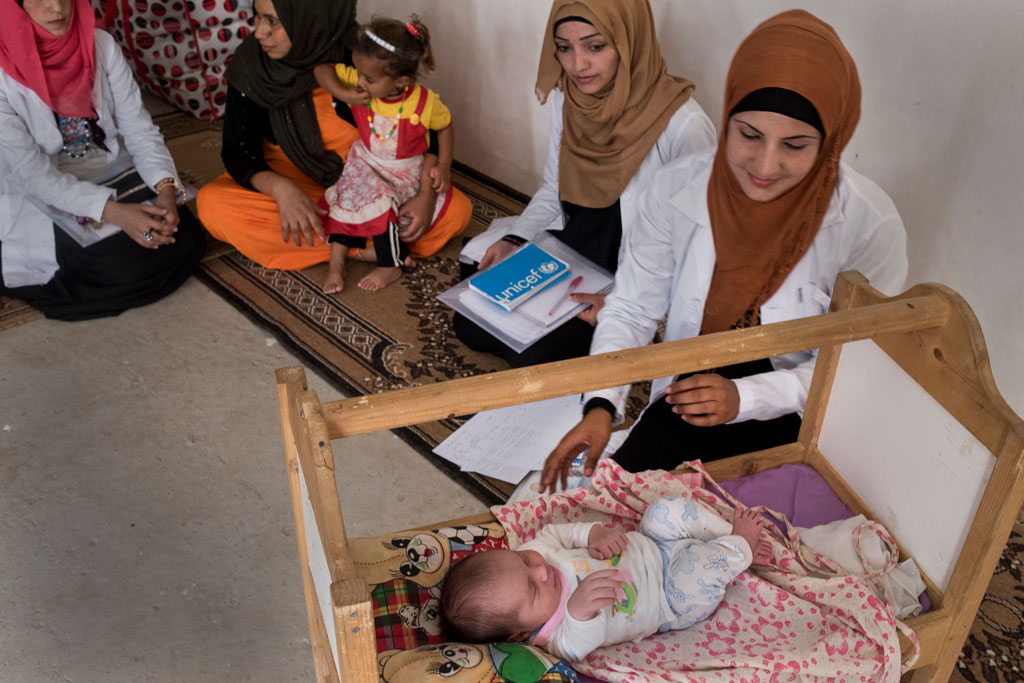 Decades of conflict and under-investment have placed a huge strain on Iraq’s healthcare system – with pregnant women and their babies paying for it with their lives, according to three United Nations agencies.

“Although progress has been made to lower maternal mortality rates, there has been slow headway in reducing the mortality rates for children under five,” said the UN Children’s Fund (UNICEF), World Health Organization (WHO) and UN Population Fund (UNFPA) in a joint statement.

With the support of UNICEF, the Ministry of Health launched the Every Newborn Action Plan (ENAP), which was developed jointly with UNICEF, WHO and UNFPA. The ENAP is an evidence based strategy to invest in, and improve the quality of maternal and newborn care.

According to the agencies, breastfeeding, neonatal resuscitation, kangaroo mother care for preterm babies, and the prevention and treatment of infections will help prevent these infant deaths.

“Providing high quality care before and after birth not only saves lives, it is also an investment to ensure Iraqi children have the best start in life and meet their full potential,” said Peter Hawkins, UNICEF’s Representative in Iraq.

“WHO and other partners will work to support the Government of Iraq through the Ministry of Health to achieve equitable universal health coverage, including the provision of comprehensive services for every woman and newborn in Iraq in order to contribute to the substantial reduction of maternal and neonatal mortality and morbidity,” added in Musani Altaf, WHO Representative in Iraq.

Ramanathan Balakrishnan, UNFPA’s Representative in Iraq, added: “Neonatal mortality contributes significantly to child mortality in Iraq. UNFPA is proud to have played a part in the formulation of the Newborn Action Plan and commits to support the Ministry of Health in its implementation.”