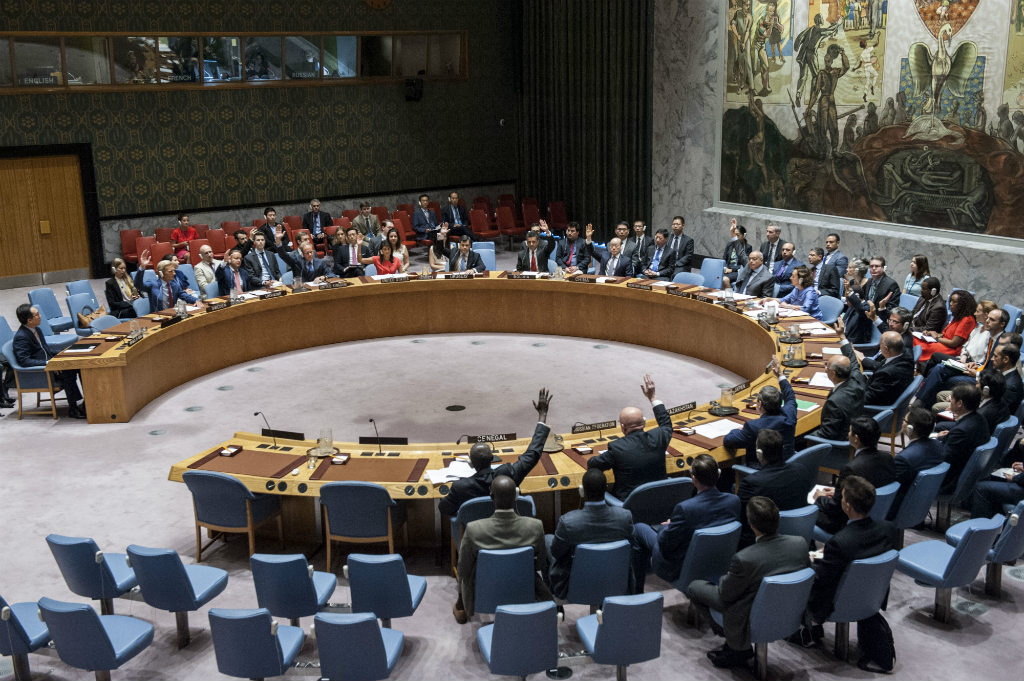 In response to the launches of ballistic missiles of possible intercontinental range by the Democratic People’s Republic of Korea (DPRK), the United Nations Security Council today moved to strengthen sanctions on the Northeast Asian country’s exports.

In a resolution adopted unanimously, the 15-member body strongly condemned the DPRK’s ballistic missile launches on 3 July and 28 July, which the country has stated were of “intercontinental” range.

The Council reaffirmed previous Council decisions that the DPRK not conduct further launches using ballistic missile technology, nuclear tests, or any other provocation.

The Council moved to significantly strengthen the sanctions on the DPRK, imposing a full ban on the export of coal, iron and iron ore from the DPRK. Previously these items could be exported for livelihood purposes, for a limited amount.

The Council also prohibited countries from increasing the total number of work authorizations for DPRK nationals. It banned new joint ventures or cooperative entities with DPRK entities or individuals as well as additional investments in existing joint ventures.

Member States are requested to report to the Security Council, within 90 days of the adoption of this resolution, on concrete measures they have taken to effectively implement this resolution.

The Council also designated several additional individuals for a travel ban and assets freeze, as well as designating entities for an assets freeze.

On the political front, the Council calls for resumption of the Six-Party Talks and reiterated its support for the commitments set forth in the Joint Statement of 19 September 2005 issued by China, the DPRK, Japan, the Republic of Korea, the Russian Federation, and the United States.

The commitments included that the goal of the Six-Party Talks is the verifiable denuclearization of the Korean Peninsula in a peaceful manner, and that the United States and the DPRK respect each other’s sovereignty and exist together peacefully.