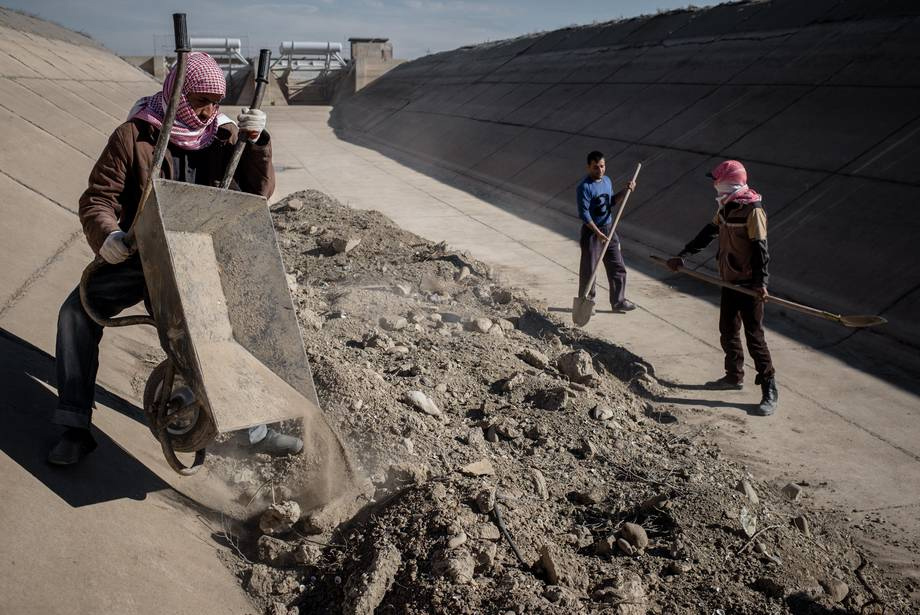 Many vulnerable rural families in Iraq will now be able to safely receive income thanks to a newly adopted mobile money transfer technology that is part of a cash-for-work programme to rehabilitate farming infrastructure, according to the United Nations agriculture agency.

“The use of mobile technology will streamline the safe delivery of cash transfers to participants, who are some of the most vulnerable people in the country,” said Fadel El-Zubi, the UN Food and Agricultural Organization (FAO) Representative in Iraq.

Participants, who are from households with no other income source, include women – often the sole breadwinners for their families – and people with a disability. The workers and their families are people who either remained in their villages during conflict or returned home after being displaced by the fighting.

“Providing income opportunities is critical in rural areas affected by conflict, where competition for employment is high, jobs are scarce and people are struggling to support their families,” he elaborated.

The programme, which is funded by the Belgian Government, will support 12,000 conflict-affected people in 30 villages in Kirkuk, Anbar, Salah al-Din and Ninewa governorates. It will benefit local farmers by enabling them to restart or expand farming activities with rehabilitated infrastructure and provides agricultural livelihoods opportunities for displaced people returning home.

The nuts and bolts

To facilitate payments, FAO has partnered with Zain, a mobile and data services operator with a commercial footprint in eight Middle Eastern and African countries.

Participant names and identity numbers are pre-registered with the company, and they receive a free SIM card. Once each person completes a certain number of days of work, they receive a text message containing a personalised security code. They can then collect their wages from any certified money mobile transfer agent, provided their code and identity number match those registered.

“As well as providing much-needed income for participants, the programme will improve agricultural production in the surrounding communities, through activities including rehabilitating canals for irrigation to grow crops and preparing farmland for planting,” said Mr. El-Zubi.

“This, in turn, will encourage community members still displaced by conflict to return home and begin farming again. FAO’s aim is to support people to get back on their feet as quickly as possible, and reduce their reliance on food assistance,” he added.

Around 12 million Iraqis reside in rural areas and depend on agriculture for their livelihoods. Years of conflict have destroyed or damaged harvests, equipment, infrastructure, livestock, seeds, crops and stored food – and left 3.2 million Iraqis food insecure.

As of 15 July, more than 3.3 million people remained displaced within Iraq, while about 2 million had returned home.

While the FAO cash-for-work programme encourages displaced people to return home, a major effort is needed to rehabilitate critical infrastructure so that agricultural production can resume and livelihoods can be restored.

FAO is seeking urgent funding of $74.5 million to assist 1.39 million people this year, through rehabilitating damaged agricultural infrastructure, supporting farmers to vaccinate and feed their livestock, and expanding cash-for-work and other income-generating opportunities.