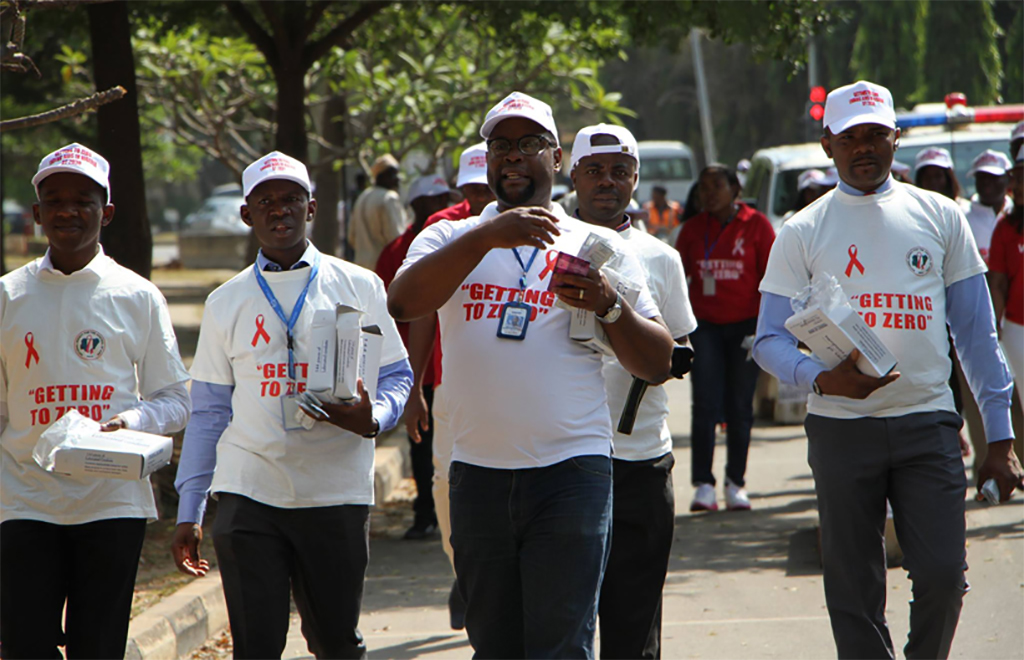 The scales have tipped for the first time in the fight against AIDS as more than half of all people living with the HIV virus now have access to treatment, while AIDS-related deaths have nearly halved since 2005, according to a new United Nations report.

“We met the 2015 target of 15 million people on treatment and we are on track to double that number to 30 million and meet the 2020 target,” said Michel Sidibé, the Executive Director of the Joint UN Programme on HIV/AIDS (UNAIDS), in a press statement.

“We will continue to scale up to reach everyone in need and honour our commitment of leaving no one behind,” he added.

It states that last year, 19.5 million of the 36.7 million people living with HIV had access to treatment and AIDS-related deaths have fallen from 1.9 million in 2005 to one million in. With continued scale-up, this progress puts the world on track to reach the global target of 30 million people on treatment by 2020, according to the report.

“We will continue to scale up to reach everyone in need and honour our commitment of leaving no one behind,” Mr. Sidibé stressed.

Eastern and southern Africa, which account for more than half of all people living with the virus, are leading the way. Since 2010, AIDS-related deaths there have declined by 42 per cent and new HIV infections by 29 per cent, including a 56 per cent drop in new infections among children over that period – a remarkable achievement of HIV treatment and prevention efforts aimed at putting that region on track towards ending its AIDS epidemic.

The Ending AIDS report reveals that in 2016, more than 70 per cent of HIV-infected people knew their status, 77 per cent of whom were accessing treatment. Of those, 82 per cent were virally supressed and helping to prevent virus transmission.

Eastern and southern Africa, western and central Europe and North America and Latin America are on track to reach the targets by 2020 – with Botswana, Cambodia, Denmark, Iceland, Singapore, Sweden and the UK having already achieved it.

The Caribbean, and Asia and the Pacific can also reach them if programmes are further accelerated, says the report.

The most significant impact of scale-up has been in reducing AIDS-related deaths, which have almost halved in the past 10 years. Accordingly, life expectancy has significantly increased in the most affected countries, particularly in eastern and southern Africa.

“Communities and families are thriving as AIDS is being pushed back,” said Mr Sidibé. “As we bring the epidemic under control, health outcomes are improving and nations are becoming stronger.” 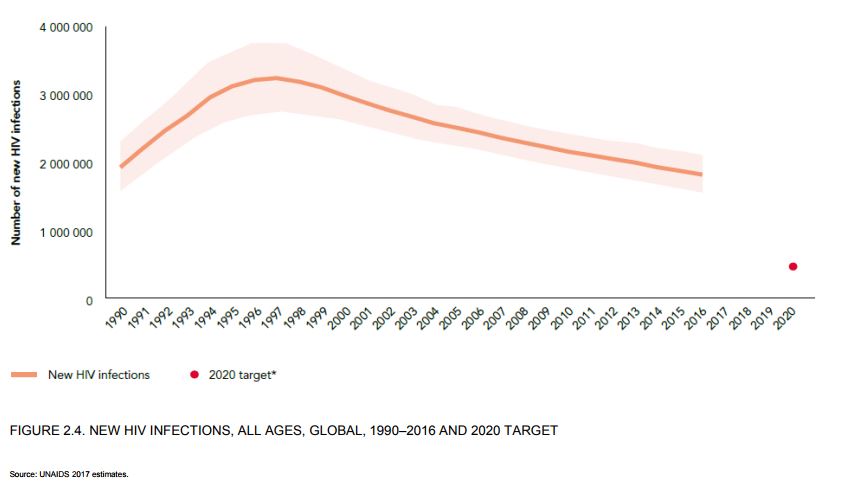 In contrast, progress against the targets has been poor in the Middle East, North Africa, Eastern Europe and Central Asia, where AIDS-related deaths have pointedly risen. Exceptions, however, include Algeria, Morocco and Belarus, which have increased HIV treatment access from 2010 to 2016.

The report also shows that globally, 30 per cent of people living with HIV still do not know their status, 17.1 million are unable to access ART and more than half are not virally suppressed.