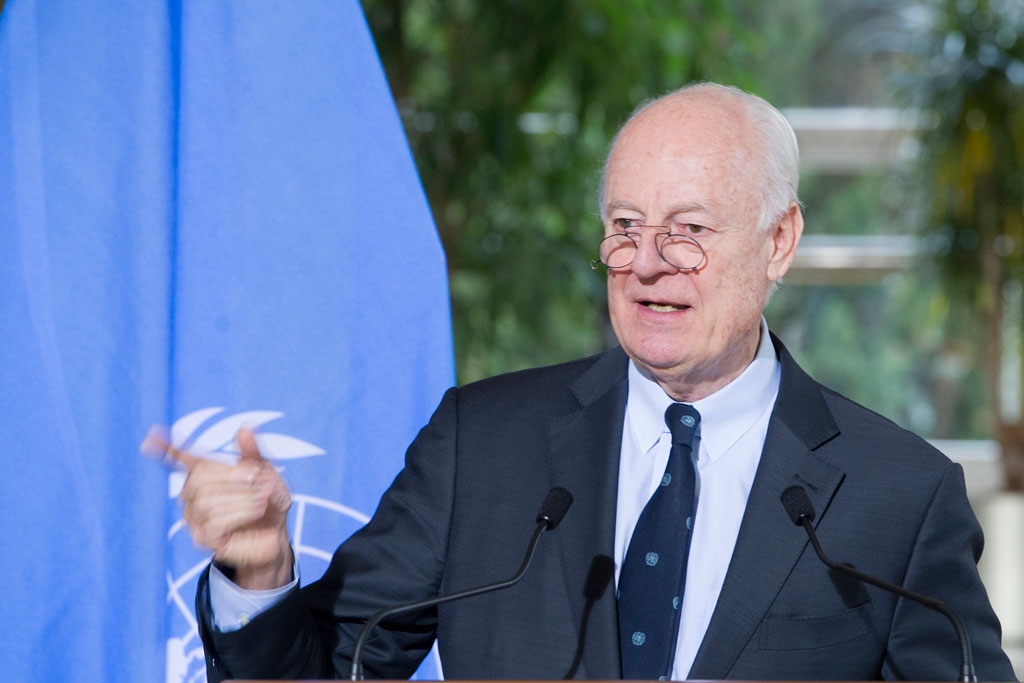 The United Nations Special Envoy for Syria, Staffan de Mistura, said today that next week’s UN-facilitated talks in Geneva will benefit from the dynamics of the negotiations which began in Astana, Kazakhstan, earlier this month, which saw an agreement between Russia, Iran and Turkey on ‘de-escalation zones’ in war-torn Syria.

“It is necessary to beat the iron while it is hot,” Mr. de Mistura told reporters Thursday in Geneva, where he confirmed that a new round of intra-Syrian talks is set to run from 16 to 19 May. The idea is also to bring together the Syrian belligerents before the beginning of the month of Ramadan, which begins at the end of May.

He said the new round “will be a rather business-like, rather short comparing to other meetings” and “with more intimate meetings in smaller rooms, in which we can look each other in the eyes.”

The UN mediator admitted that under current conditions, “one can advance more with discussions of proximity than with a formal meeting with all the parties in the same room. Of course, we intend to find a time when we can return to this format,” he said.

In any case, “the priority now is to consolidate a cessation of hostilities.” According to the Mr. de Mistura, the agreement reached in Astana is a step in the right direction as it pushes towards “a concrete de-escalation in four zones, in addition to the ceasefire.”

He went on to say the UN is in discussions with Iran, Russia and Turkey over the control of safe areas in Syria. He recalled that the UN has “a lot of experience” in monitoring, referring to the implementation of the de-escalation zones. He added that it was important that de-escalation in the four zones be followed by much greater humanitarian access.

In accordance with UN Security Council Resolution 2254 on these inter-Syrian discussions, the parties will continue to negotiate on four issues, including governance (political transition), a new constitution, Elections and the fight against terrorism.