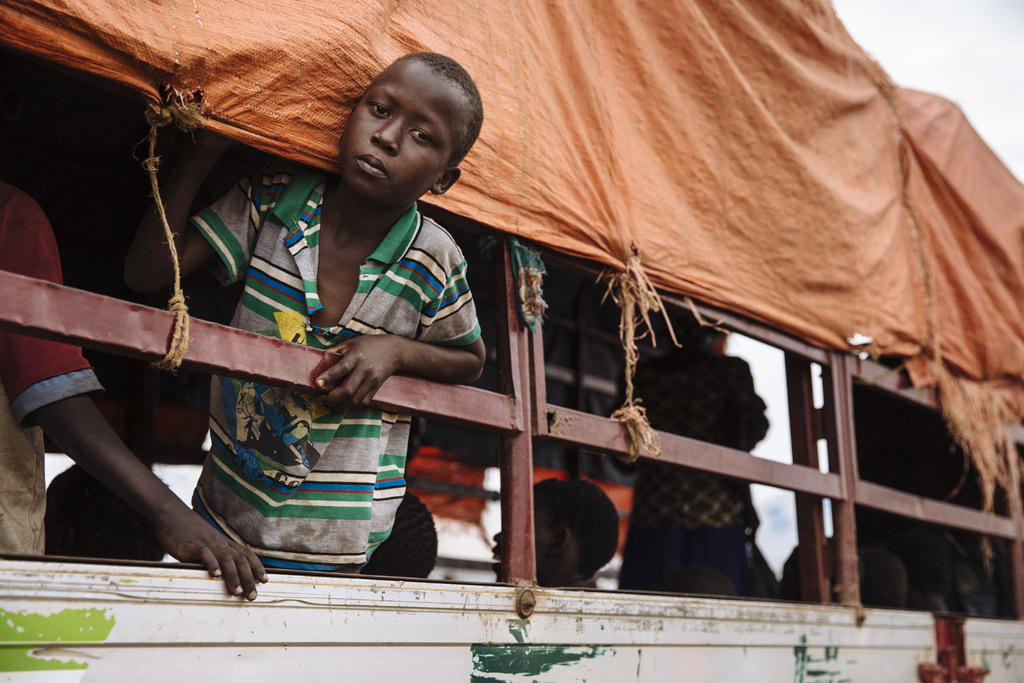 The escalating conflict in South Sudan had driven more than one million children out of the country, the United Nations announced today, warning that the future of a generation is ‘on the brink.’

“The horrifying fact that nearly one in five children in South Sudan has been forced to flee their home illustrates how devastating this conflict has been for the country’s most vulnerable,” said Leila Pakkala, the Regional Director for Eastern and Southern Africa of the UN Children’s Fund (UNICEF), in a press release issued jointly with the UN refugee agency.

“Add this to the more than one million children who are also displaced within South Sudan, and the future of a generation is truly on the brink,” she warned.

Children make 62 per cent of more than 1.8 million refugees from South Sudan, according to the latest UN figures. More than 75,000 refugee children in Uganda, Kenya, Ethiopia, Sudan and the Democratic Republic of the Congo have crossed South Sudan’s borders either unaccompanied or separated from their families.

“No refugee crisis today worries me more than South Sudan,” said Valentin Tapsoba, the Africa Bureau Director of the Office of the UN High Commissioner for Refugees (UNHCR).

“That refugee children are becoming the defining face of this emergency is incredibly troubling,” he added.

South Sudan has the highest proportion of out-of-school children in the world at about 75 per cent.

The trauma, physical upheaval, fear and stress experienced by so many children account for just part of toll the crisis is exacting. Children remain at risk of recruitment by armed forces and groups and, with traditional social structures damaged, they are also increasingly vulnerable to violence, sexual abuse and exploitation.