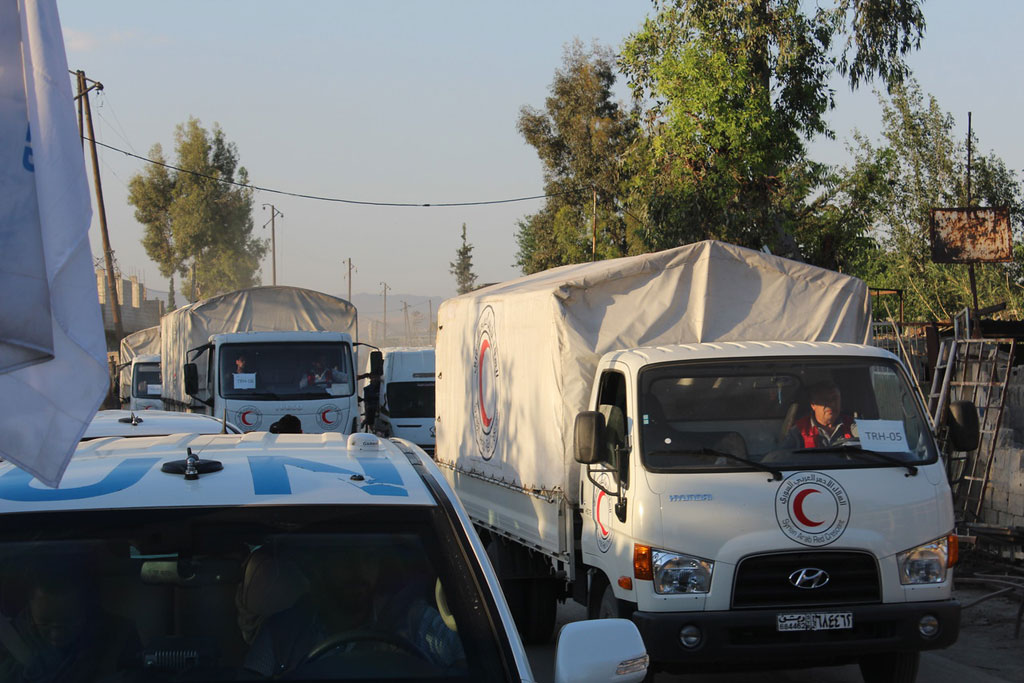 The United Nations today said that it remains deeply concerned by the deteriorating security and humanitarian situation in the eastern part of Syria’s Ghouta, where some 400,000 people are trapped.

“The UN has not reached any part of eastern Ghouta since October last year,” said Stéphane Dujarric, Spokesman for the Secretary-General, in the daily briefing at UN Headquarters in New York.

He said that the UN stands ready to immediately deliver life-saving assistance to those in need of assistance in eastern Ghouta, located in the suburbs of Damascus, should the pause be established and abided by all parties to the conflict.

The spokesperson said the UN remains concerned about reports of intensified fighting among non-State armed groups in the enclave over the past few days.

With commercial and humanitarian supplies continue to be blocked, prices of basic staple goods have gone up significantly, he said, noting that civilian infrastructure, including medical facilities and schools, continue to be affected by the tight restrictions and reports of shelling, airstrikes, and ground fighting.