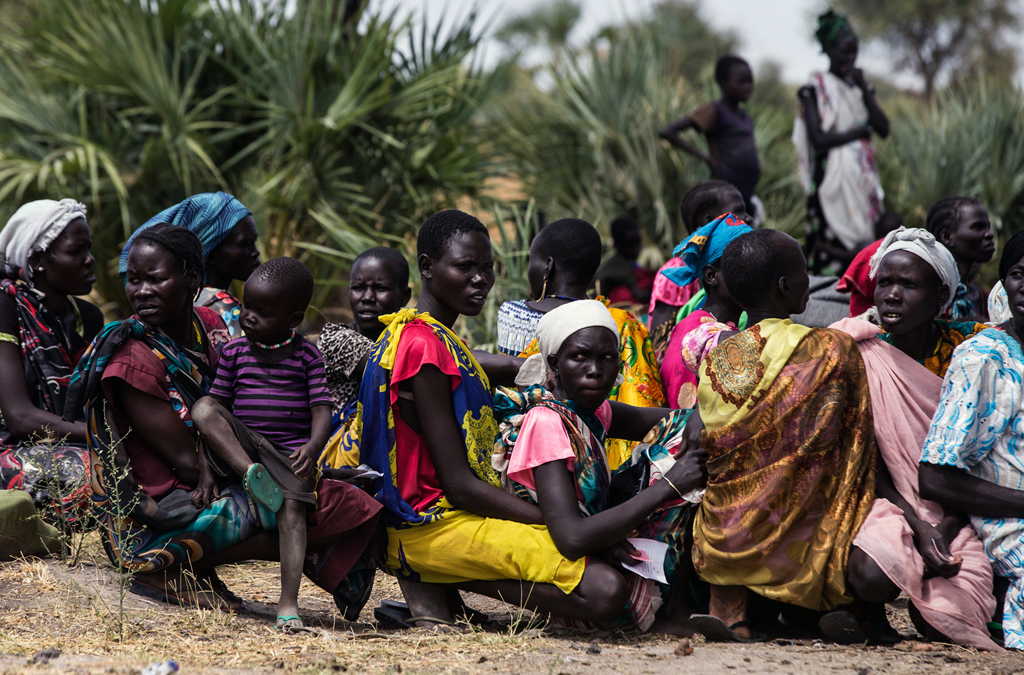 United Nations Secretary-General António Guterres today stressed the need for the leadership of South Sudan to achieve an immediate cessation of hostilities, restore the peace process and ensure unrestricted humanitarian access in order to pull the world’s youngest country back from the abyss, and back from a widening famine.

“All the optimism that accompanied the birth of South Sudan has been shattered by internal divisions, rivalries and the irresponsible behaviour of some of its leaders,” Mr. Guterres said during a Security Council briefing.

“As a result, a country that had seen a brief glimmer of hope for a better future has plunged back into darkness. We have to do everything in our power to change this,” he stressed.

South Sudan gained independence from Sudan in 2011 but a political face-off between President Salva Kiir and First Vice-President Riek Machar plunged the country into full blown conflict in December 2013.

Providing a detailed overview, Mr. Guterres said civilians continue to be subjected to horrendous attacks, including rape and the recruitment of children. More than 1.9 million people are displaced internally, more than 220,000 of whom are seeking safety in protection sites of the UN Mission in South Sudan (UNMISS). Some 1.6 million people have sought refuge in neighbouring countries.

“The humanitarian crisis continues to deepen. One hundred thousand people are enduring famine, one million are on the verge of that fate, and 5.5 million may be severely food insecure by this summer,” he explained.

Moreover at least 7.5 million people across South Sudan – almost two thirds of the population – need humanitarian assistance. Three years of conflict have eroded livelihoods and disrupted farming, including in the Equatorias, the country’s breadbasket. 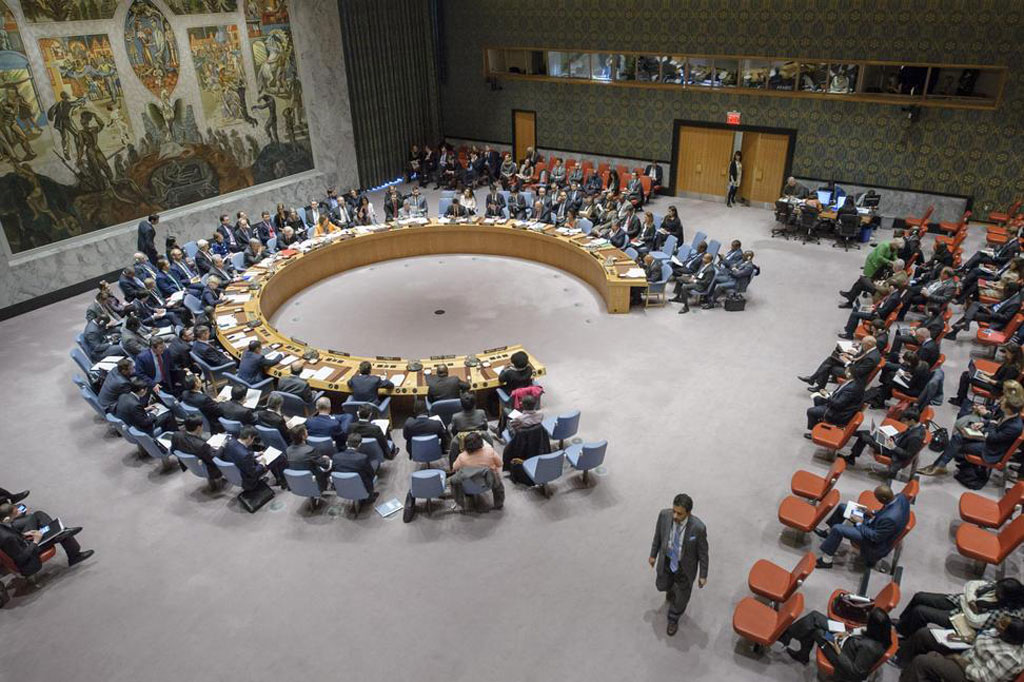 Wide view of the Security Council Chamber during its meeting on South Sudan. UN Photo/Manuel Elias

The UN chief also said that violence has spread to include previously stable areas of northern Jonglei.

Noting that the peace process remains at a standstill, Mr. Guterres said that Under-Secretary-General for Peacekeeping Operations Hervé Ladsous, who returned yesterday from a trip to South Sudan, emphasized the critical importance of an inclusive political process in ensuring the well-being of the country’s people.

Mr. Guterres warned that despite the alarm sounded by the UN and the international community over this crisis, the Government has yet to express any meaningful concern or take any tangible steps to address the plight of its people.

“On the contrary, what we hear most often are denials – a refusal by the leadership to even acknowledge the crisis or to fulfil its responsibility to end it,” he said.

Mr. Guterres underscored the need to ensure unrestricted humanitarian access, including freedom of movement for UNMISS and a future Regional Protection Force, which was authorized by the Security Council in August 2016.

“But no such force, and no amount of diplomacy, can substitute for the lack of political will among those who govern the country,” emphasized Mr. Guterres, noting that there is a strong consensus that South Sudanese leaders need to do more to demonstrate their commitment to the well-being of the country’s people, who are among the poorest in the world.

“If there is to be any hope of those leaders changing their current calculations, greater pressure is needed. This means first and foremost that the region and the Security Council must speak with one voice,” he stated.

He also warned that the dangers of South Sudan’s trajectory should not be underestimated. “Atrocity crimes have occurred with impunity, and the potential for serious deterioration remains very real. Credible mechanisms for accountability are a must,” he said.