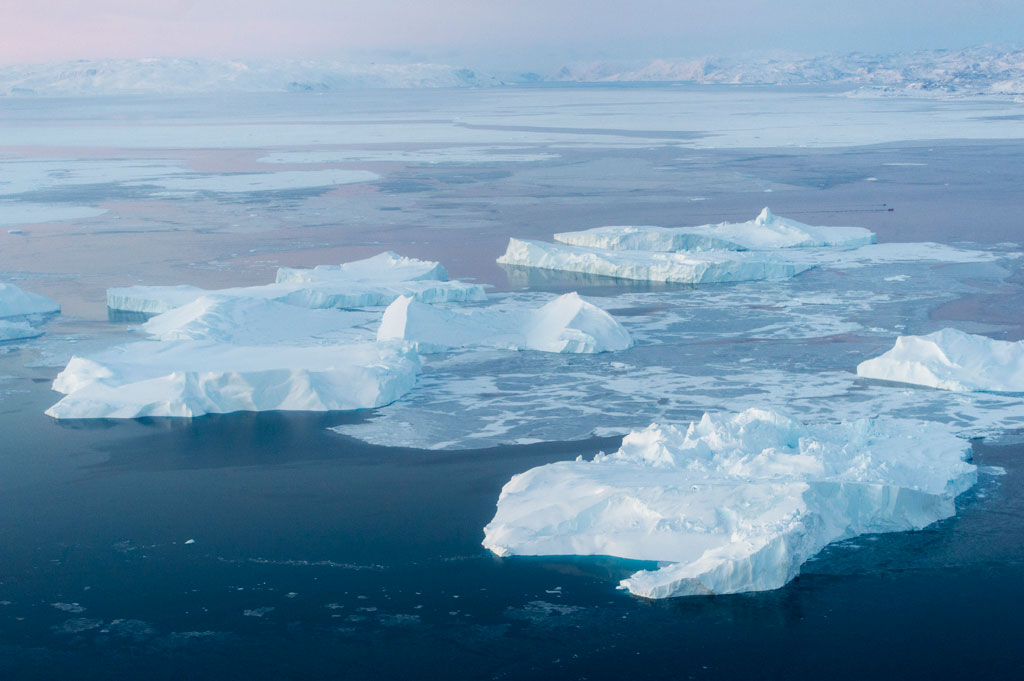 According to the agency’s Statement on the State of the Global Climate in 2016, while global temperatures hit a remarkable 1.1 degree-Celsius above the pre-industrial period, global sea-level touch record highs and the planet’s sea-ice coverage dropped more than four million square kilometres below average in November – an unprecedented anomaly for that month.

“This increase in global temperature is consistent with other changes occurring in the climate system,” explained WMO Secretary-General Petteri Taalas.

“With levels of carbon dioxide in the atmosphere consistently breaking new records, the influence of human activities on the climate system has become more and more evident.”

Each of the year since 2001 has seen at least 0.4 degree-Celsius above the long-term average for the 1961-1990 base period, used by the UN agency as a reference for climate change monitoring.

The 2016 heating was further boosted by the powerful 2015/2016 El Niño weather system, during which global sea-level also rose very strongly.

Similarly, carbon dioxide (CO2) levels in the atmosphere reached the symbolic benchmark of 400 parts per millions in 2015 – the latest year for which WMO global figures are available – and will not fall below that level for many generations to come because of the long-lasting nature of CO2.

The extreme climate conditions also added to human suffering: 2016 saw severe droughts, affecting millions in southern and eastern African and Central America. For example, in the Caribbean, Hurricane Matthew – the first category 4 (CAT4) storm to make landfall since 1963 – tore a path of destruction in Haiti and inflicted significant economic losses in the region.

Vital that Paris Agreement on climate change is fully implemented

In the midst of such challenges, Mr. Taalas, underlined the importance of implementation of the Paris Agreement on climate change, which also entered into force last year.

“The entry into force of the Paris Agreement on 4 November 2016 represents a historic landmark,” he said, adding: “It is vital that its implementation becomes a reality and that the Agreement guides the global community in addressing climate change by curbing greenhouse gases, fostering climate resilience and mainstreaming climate adaptation into national development policies.”

He also called for continued investment in climate research and observations to allow scientific knowledge to keep pace with the rapid rate of climate change.

The extreme weather patterns are continuing in 2017, said WMO.

At least three times so far this winter, the Arctic saw what can be called the Polar equivalent of a heatwave, with powerful Atlantic storms driving an influx of warm, moist air, meaning that at the height of the Arctic winter and the sea ice refreezing period, there were days which were actually close to melting point.

Antarctic sea ice has also been at a record low, in contrast to the trend in recent years, and some areas, including Canada and much of the United States, were unusually balmy, whilst others, including parts of the Arabian peninsula and North Africa, were unusually cold in early 2017.

In United States alone, 11,743 warm temperature records were broken or tied in February, according to the US National Oceanic and Atmospheric Administration, said the UN agency.

“Even without a strong El Niño in 2017, we are seeing other remarkable changes across the planet that are challenging the limits of our understanding of the climate system,” said World Climate Research Programme Director David Carlson.

“We are now in truly uncharted territory.”