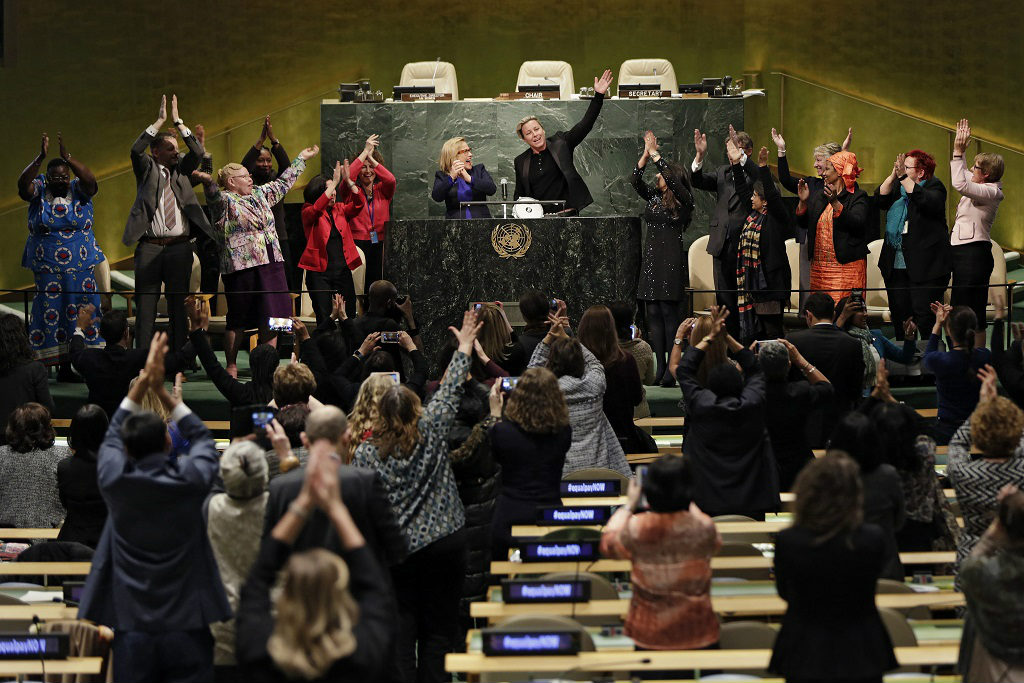 With women being paid an average of 23 per cent less than men, the United Nations has launched a high-profile network to call for equal pay for work of equal value.

The launch of the Platform – which is part of a broader UN International Labour Organization (ILO) and UN Women Global Equal Pay Coalition – coincided with the opening day of the 61st Commission on the Status of Women, known as the largest inter-governmental forum on women’s rights and gender equality. The theme this year is on women’s economic empowerment in the changing world of work.

“The gender pay gap reflects the unjustifiably diminished position of many women in society and helps to keep them there,” said UN Women Executive Director, Phumzile Mlambo-Ngcuka.

Pointing to the big names participating in the Platform – which in addition to Ms. Arquette and Ms. Wambach include leaders from the trade unions, civil society, government, private sector, film makers – Ms. Mlambo-Ngcuka said she hopes their advocacy will make women’s “flagrant inequality a think of the past.”

The goal of the Platform is to call for increased support by proactively reaching out to decision and policy makers, according to a press release from the event.

Speaking at the launch, Ms. Arquette said that “women sometimes become invisible if they’re not seen beyond the value of the men they are with.”

According to global figures, women make only 77 cents for every dollar that men earn for the same position. Over time, the income inequality results in more women retiring into poverty.

“The quest for women’s economic empowerment will be lost or won in the world of work,” said ILO Director-General Guy Ryder. He noted the importance of whether and how women enter the work place and in what types of jobs.

One of the main reasons for the gender gap is that women tend to be concentrated in different jobs than men – for example in teaching or health care – which tend to be underpaid.

There are also differences for men and women who are in the same line of work.

Also speaking at the event, Ms. Wambach said that she was “angry because I have to worry about paying my bills, even though I won more World Cups than Cristiano,” referring to the Portuguese soccer player.

Ahead of the launch, UN Women kicked off its #StopTheRobbery campaign to mobilize ordinary people and raise awareness about the gender pay gap.