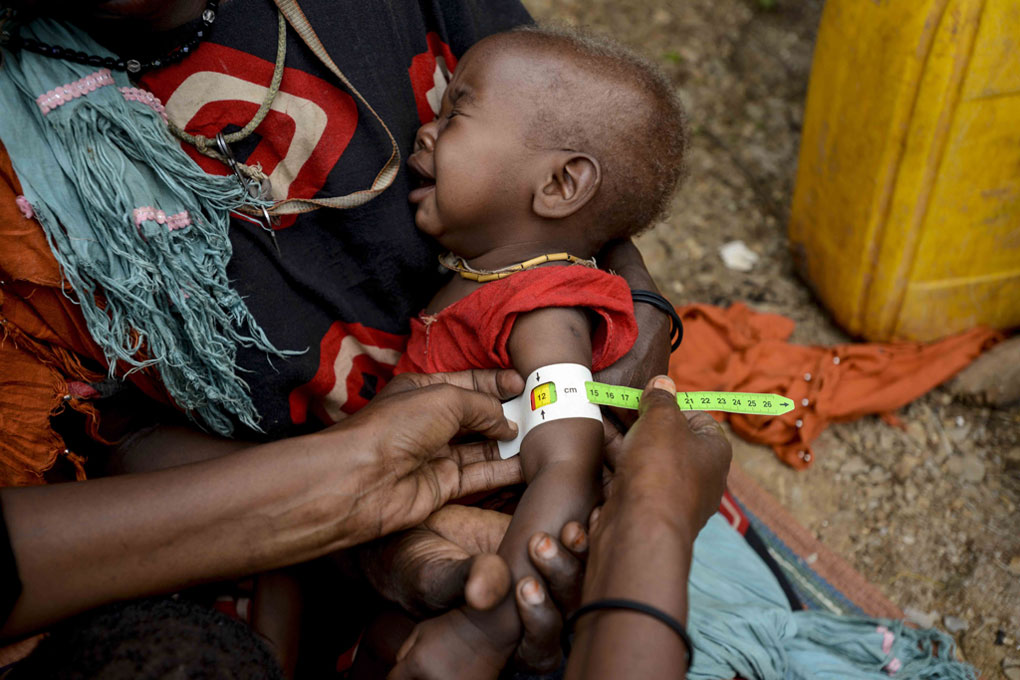 “Famine is already a reality in parts of South Sudan. Unless we act now, it is only a matter of time until it affects other areas and other countries. We are already facing a tragedy; we must avoid it becoming a catastrophe,” said the Secretary-General, stressing: “This is preventable if the international community takes decisive action.”

Briefing the press at UN Headquarters in New York alongside the UN Emergency Relief Coordinator, Stephen O’Brien, the UN Development Programme (UNDP) Administrator, Helen Clark, and by video conference, the Executive Director of the World Food Programme (WFP) Ertharin Cousin, Mr. Guterres said the UN needs at least $4.4 billion by the end of March to avert a catastrophe.

“Despite some generous pledges, just $90 million has actually been received so far – around two cents for every dollar needed. We are at the beginning of the year, but these numbers are very worrying,” he said: “The lives of millions of people depend on our collective ability to act. In our world of plenty, there is no excuse for inaction or indifference.”

More than 20 million people in North-East Nigeria, South Sudan, Somalia and Yemen are facing famine or a credible risk of famine over the coming six months.

These four crises are very different, but are all preventable. “They all stem from conflict, which we must do much more to prevent and resolve,” he said, urging all members of the international community to step up and do whatever is in their power, whether that is mobilizing support, exerting political pressure on parties to conflict, or funding humanitarian operations.

“Saving lives is the first priority, but we are also looking to build longer-term resilience to shocks,” Mr. Guterres said, noting that UNDP Administrator and the Emergency Relief Coordinator will set up a steering committee to link the UN Development Group and the Inter-Agency Standing Committee for humanitarian assistance to ensure a coordinated long-term approach.