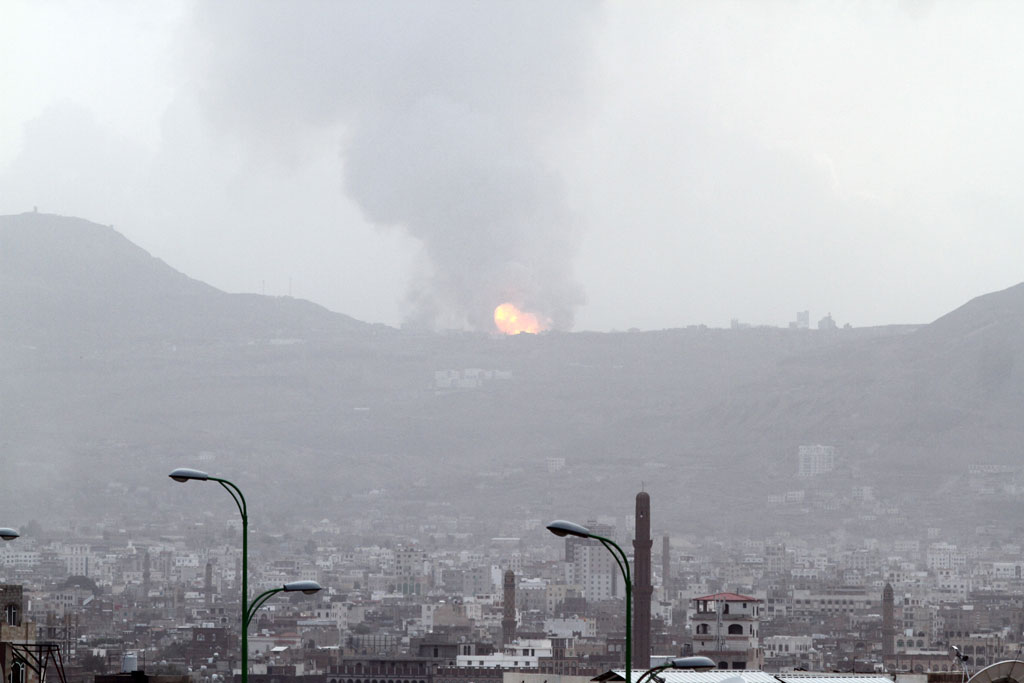 The top United Nations humanitarian official in Yemen today said he was extremely saddened and appalled by the airstrikes that killed six women and a girl gathering for a funeral in a private residence in the Arhab District of Sana’a Governorate yesterday.

“The manner in which the parties to the conflict are waging this war is taking an unacceptable toll on the civilian population in Yemen and as illustrated by this most recent tragedy, women and children are paying with their lives,” said UN Humanitarian Coordinator Jamie McGoldrick in a statement.

The statement, issued by the UN Office for the Coordination of Humanitarian Affairs (OCHA), said that health authorities confirm six women and a girl killed, as well as at least 15 other women injured, some gravely. Unfortunately, the number of dead could rise as the critically injured struggle to survive.

“I am alarmed to see this tragic loss of life further escalate the fighting, with reports of a retaliatory ballistic missile strike into Saudi Arabia’s Asir region,” he said.

This incident comes at a time of severe hardship and suffering in Yemen where imposed import restrictions are causing food scarcity and price hikes resulting in worsening food insecurity and malnutrition across the country.

The economic decline caused by the conflict is leading to the collapse of basic service provision. Sana’a airport remains closed to commercial flights, limiting options for those who need this service to access life-saving medical care and restricting movements in and out of the country.

“The people of Yemen have suffered long enough. Peace is the only solution to help end the suffering in Yemen,” he said, calling on all the parties to return to the negotiation table.

In a separate statement on the incident, UN Special Envoy for Yemen, Ismail Ould Cheikh Ahmed, stressed that every day, across Yemen, civilians are killed by indiscriminate attacks by all parties to the conflict on residential areas in complete disregard of the rules of international humanitarian law.

“Attacks on civilians are unjustifiable, regardless of the circumstances. Women and children in particular have been subjected to unspeakable suffering in this brutal conflict. This should stop immediately,” he said, calling an all parties to adhere to their obligations under international humanitarian law and respect the sanctity of civilian life.

Mr. Ould Cheikh Ahmed went in to note that the ongoing military clashes on the Red Sea coast are aggravating an already catastrophic humanitarian situation, with tens of thousands of civilians caught in the war zone without access to humanitarian assistance and unable to flee to safety.

“The military activities in the region threaten to disrupt the import of commercial and humanitarian supplies which could have a terrible impact on the food security for large parts of the population,” he said, urging all parties to ensure the unhindered movement of commercial and humanitarian supplies, without which millions of Yemenis are at risk of death and famine.