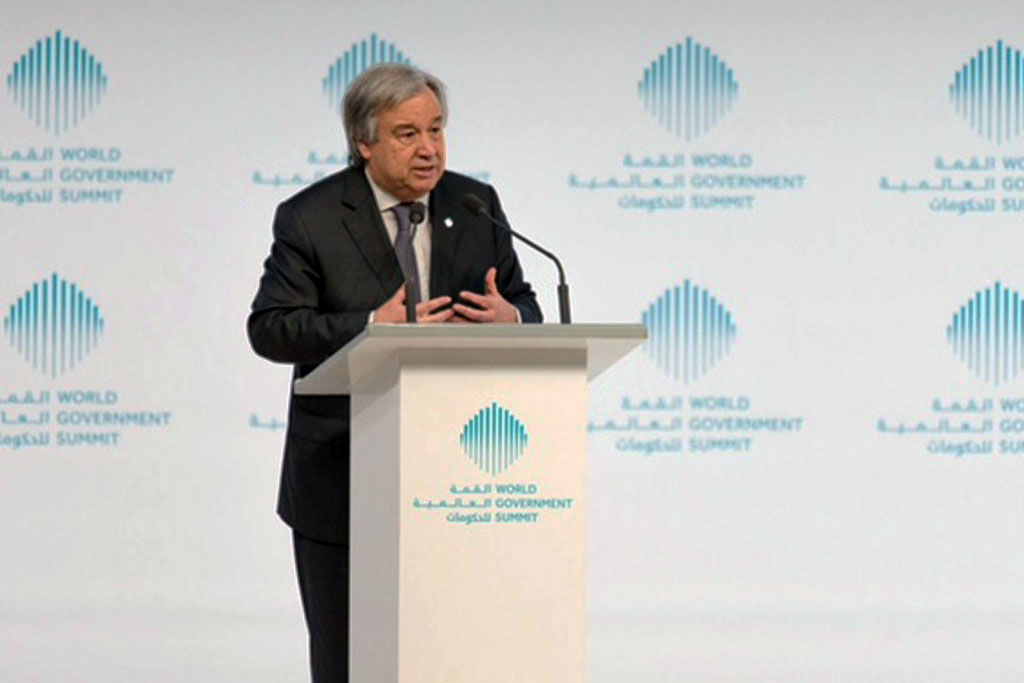 The world faces a “terrible lack of trust,” United Nations Secretary-General António Guterres said today addressing the World Government Summit in the Emirati city of Dubai, and called for reconciliation between people, their governments and global multilateral institutions.

“Improving governance, and improving confidence between governments and people, is essential and it is a condition to improve the confidence in the relations between countries,” the Secretary-General said to an estimated 4,000 world leaders and experts at the fifth annual conference in the Middle East.

He described the progress that globalization has brought to parts of the world, but noted also “the rust belts” where people feel left behind by their governments.

“If one looks at today’s governance problems at the country level, between countries or at multilateral governance in the world, we face a terrible lack of trust,” Mr. Guterres said.

As a result, “in a world in which everything is global, in which the problems are global – from climate change to the movement of people – there is no way countries can do it by themselves,” he stressed.

“We need global responses, and global responses need multilateral institutions able to play their role,” he said, calling for “a surge of diplomacy for peace” with “honest brokers” who can address the root causes of conflict and an international community that is organized to respond.

Mr. Guterres said he was “deeply committed” to “essential” reforms that would make the UN more effective, such as improving peacekeeping operations, streamlining management procedures, and reforming the UN development system.

He also singled out the Security Council, which he said “no longer corresponds to the logic of today’s world in relation to what the world was after the Second World War” when the UN and its main body for maintaining peace and security were created.

According to his spokesperson, he also visited the Coalition Air Force’s Joint Operations Centre and was briefed on the coalition’s air operations in Yemen.