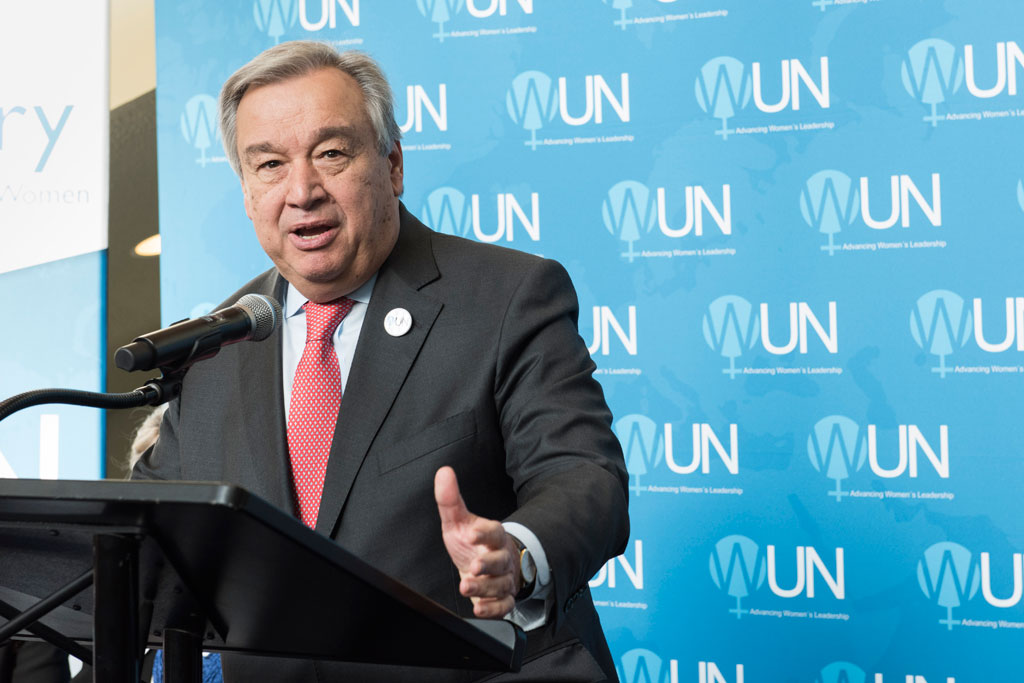 “To have comprehensive political solutions, bringing people together, is essential from Libya to Yemen, to Syria, to Iraq,” Mr. Guterres told reporters in the Saudi capital of Riyadh, following his meeting with Foreign Minister Adel bin Ahmad Al-Jubeir.

“We have had the opportunity to have very important discussions and very constructive discussions in relation to the possible future political solutions for Yemen, for Libya, and I want to express once again my deep appreciation for the hospitality that was granted to me and for the very substantive dialogue that was possible during this visit,” the UN chief said.

Mr. Guterres is on his first major trip since taking the helm of the UN on 1 January, which takes him to several Arab countries.

Saudi Arabia is an important pillar of stability in the region and in the world as well as a key global player and a key pillar of multilateralism, he said, explaining that the UN and the country has a cooperation on counterterrorism.

The UN chief expressed his deep appreciation for the work Saudi Arabia has done helping the Syrian opposition to come together, to present a united delegation to the Geneva conference – the UN-facilitated intra-Syrian talks to be reconvened on 20 February.

“This is a very important step for a political solution to be possible for the Syrian conflict,” he said.

On Yemen, the Secretary-General said that when he was UN High Commissioner for Refugees for ten years, he visited the country several times. Being a very poor country, Yemen received refugees from Somalia, granting them prima facie (at first view) refugee status, sharing everything with them, he said.

“And to see this people, that is so generous, suffering so much, is something that really breaks my heart,” he said, stressing the need to revive negotiations to be able to come to a solution for the Yemeni people.

Mr. Guterres said one of the reasons he is travelling in the region is to support his envoy Ismaïl Ould Cheikh Ahmed in his work.

“I was very encouraged today to see the centre developing its activities, with a strong commitment to humanitarian principles, not only in Syria and Yemen, but in so many countries around the world,” Mr. Guterres said after being briefed on the activities of the center, which was established in May 2015, under the sponsorship of the Custodian of the Two Holy Mosques, King Salman bin Abdulaziz.

On the importance of partnership between the centre and the UN, Mr. Guterres said that the dramas and suffering in today’s world are so big that no one can do anything alone. “Together we can do a lot. So, partnership is a key word,” he said, noting that the centre can be play an important role as a catalyst around the world and the region.

On Sunday, the Secretary-General was expected to meet with King Salman, Crown Prince and Deputy Crown Prince, as well as senior officials before travelling to Dubai, United Arab Emirates, in the late evening.