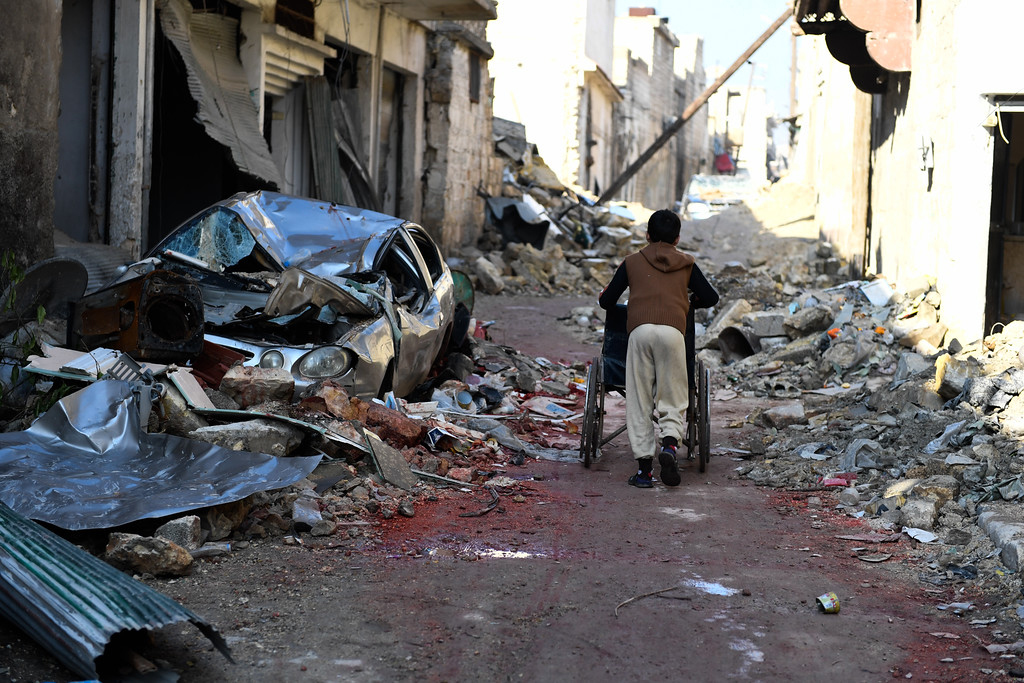 The delegations of Russia, Turkey and Iran as well as United Nations representatives held their first meeting yesterday to discuss the establishment of a ceasefire implementation regime in Syria that was decided at the 23-24 January talks held in the Kazakh capital of Astana, a UN spokesperson in Geneva said today.

This meeting was held as a follow-up on the agreement reached in Astana on a mechanism – a group of experts – to monitor the ceasefire, which had been brokered by Russia, Iran and Turkey.

“The participants had discussed the implementation of the cease-fire regime in Syria, and specific measures to facilitate effective mentoring and verification in order to ensure full compliance with the cease-fire, prevent any provocations, and determine all the modalities of the cease-fire,” Yara Sharif, the spokeswoman for the Office of the UN Special Envoy for Syria, told reporters in Geneva.

The participants also discussed confidence-building measures to facilitate unhindered humanitarian access, and the delegations acknowledged their readiness to continue collaboration towards ensuring full implementation of the ceasefire regime in Syria, she stated.

The UN experts who attended the follow-up meeting shared UN experience and best practices related to the monitoring and verification of cease-fire arrangements in other settings, the spokeswoman added.

Ms. Sharif also said that Special Envoy Staffan de Mistura has welcomed the meeting, expressing his hope that their efforts would strengthen the cease-fire on the ground and thus contribute to the UN-facilitated intra-Syrian talks in Geneva towards a political settlement.

Turning to Mr. de Mistura’s visit to the United States, Ms. Sharif said the envoy was appreciative of the opportunity to have conducted a series of successful meetings with the new US Administration. His bilateral meeting with the new US Secretary of State Rex Tillerson was positive, she said, adding that the Special Envoy briefed on the upcoming intra-Syrian negotiations and the context.

Ms. Sharif also said that the invitations to the intra-Syrian talks in Geneva would go out on 8 February. The Special Envoy is of the view that the effectiveness of those negotiations, to be launched on 20 February, can be significantly enhanced through direct negotiations between the Government of Syria and “a united opposition delegation,” she noted.

In his briefing to the UN Security Council on 31 January Mr. de Mistura announced the postponement of the UN-supported talks from 8 February to 20 February, explaining that the delay would give time for the ceasefire to solidify, give the Government a chance to consider concessions, and give a chance for the armed groups to come as “one unified opposition.”