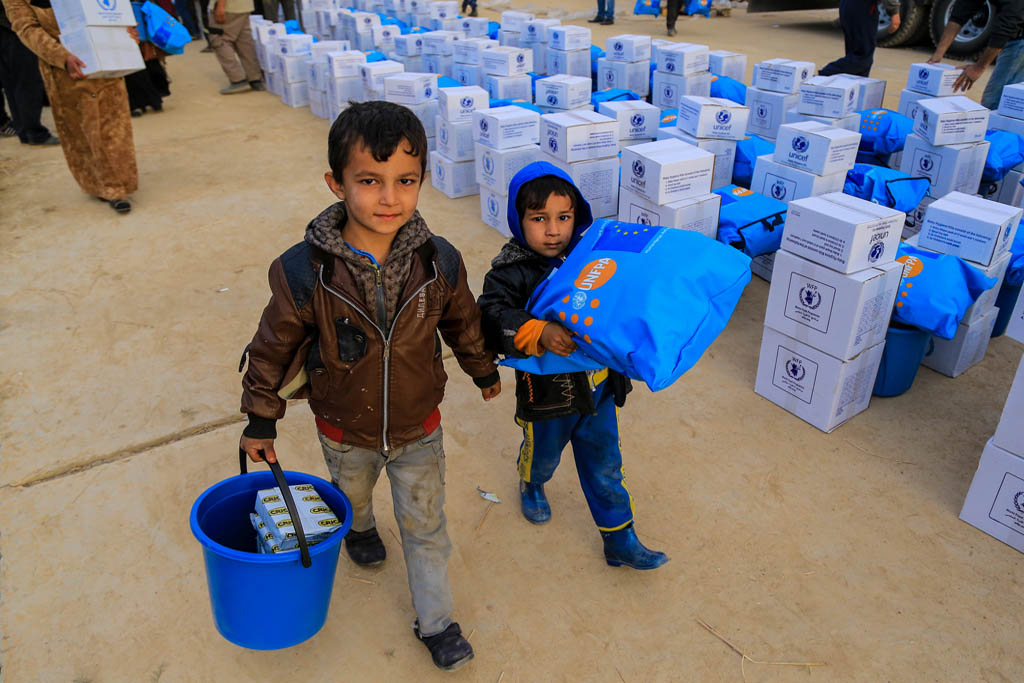 A hundred days after the start of military operations to retake Mosul from Islamic State of Iraq and the Levant (ISIL/Da’esh) militants, humanitarian partners are expressing deep concern about the plight of the estimated 750,000 civilians who are currently living in the western sections of the city where fighting is expected to start in coming weeks.

Up until now, eastern Mosul has been the main battleground. To date, 180,000 people have fled the city’s eastern sections; more than 550,000 civilians have stayed in their homes.

“We are relieved that so many people in the eastern sections of Mosul have been able to stay in their homes. We hope that everything is done to protect the hundreds of thousands of people who are across the river in the west. We know that they are at extreme risk and we fear for their lives,” said Lise Grande, Humanitarian Coordinator for Iraq, in a statement signed also by other humanitarians from UN agencies and the civil society.

“The reports from inside western Mosul are distressing,” said Ms. Grande, noting that humanitarian partners are unable to access these areas and the prices of basic food and supplies are soaring. Water and electricity are intermittent in neighbourhoods and many families without income are eating only once a day. Others are being forced to burn furniture to stay warm, she added.

“We don’t know what will happen in western Mosul but we cannot rule out the possibility of siege-like conditions or a mass exodus,” said Ms. Grande. “They can be killed by booby-traps and in cross-fire and could be used as human shields.”

VIDEO:OHCHR expresses deep concern about the plight of an estimated 750,000 civilians currently living in the western sections of the city. Credit: UN News

The Iraqi security forces have adopted a humanitarian concept of operations putting civilian protection at the centre of their battle plan. Humanitarian partners welcome this approach and renew their collective call on all parties to the conflict to uphold their obligations under international humanitarian law to protect civilians and ensure they have access to life-saving assistance.

“The world’s attention is fixed on the military campaign in Iraq. But once this is over, there will still be a humanitarian crisis,” Ms. Grande said, noting that as many as three million Iraqis, maybe even four million depending on what happens in Mosul, Hawiga and Tel Afar, may be displaced from their homes as a result of the conflict.

“These families will need to make crucial choices about how to rebuild and re-establish their lives. And we will need to be here to help them. We hope and trust that the international community will not walk away after Mosul. It would be a mistake – a very big one – if this were to happen,” she added.