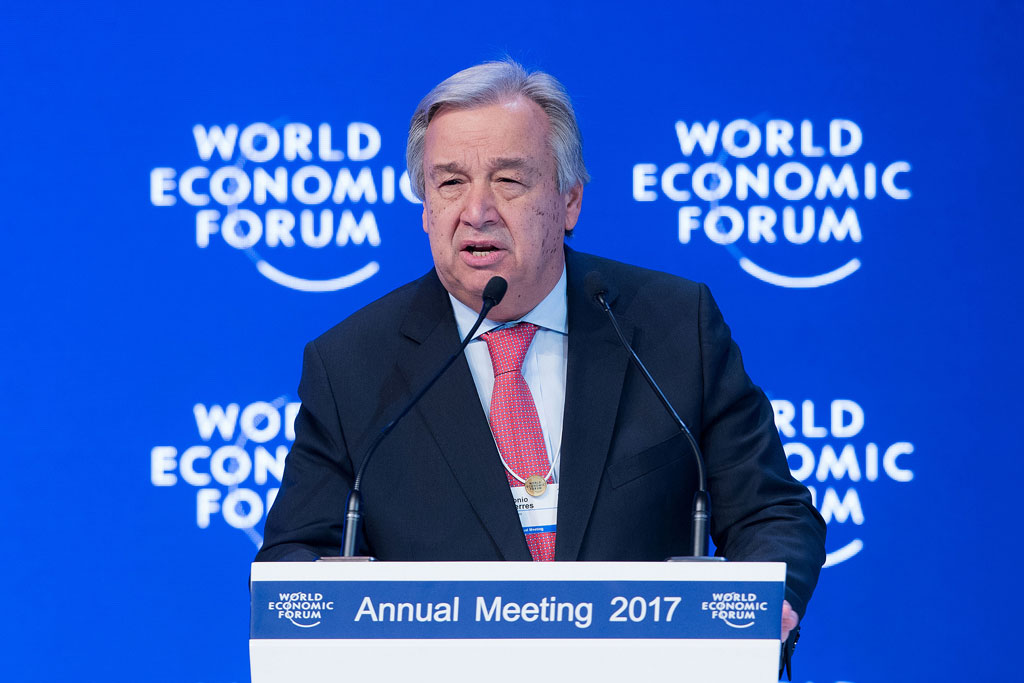 Addressing the World Economic Forum in Davos, Switzerland, United Nations Secretary-General António Guterres calls for a new generation of partnerships with the business community to limit the impact of climate change and to reduce poverty.

In an address this morning to a special session on cooperation for peace, the Secretary-General said he was particularly interested in the “alignment of the core business of the private sector with the strategic goals of the international community.”

He spoke about the Paris Agreement, which the international community signed on to in 2015 with the aim of combating climate change by limiting global temperature rise to well below 2 degrees Celsius.

“The best allies of all those that want to make sure that the Paris Agreement is implemented, the best allies today in the world are probably in the business sector and it is very important to fully mobilize them,” Mr. Guterres said.

He also underlined the importance of achieving the 2030 Agenda for Sustainable Development, noting that conditions for an inclusive and sustainable development are a main method of preventing crises and conflicts.

He said that a calculation that was recently made shows that the returns on investments that can be generated by the full implementation of the Sustainable Development Goals (SDGs) would mean something in the order of magnitude of $30 billion per year. As such, partnerships with the business sector are attractive for both sides, generating investment for the private sector but allowing the private sector “to play an absolutely essential role in making sure that those goals are effectively achieved.”

A new platform of partnerships would not only aid the current goals, but address the challenges of the future, Mr. Guterres, said referring to a so-called “fourth industrial revolution” that includes, for example, genetic engineering and artificial intelligence.

Very strong dialogue and partnership between governments, international organizations and the private sector is the only way to allow such advances to bring “fantastic increase in the well-being of people” and prevent them from turning into “a nightmare for mankind.”