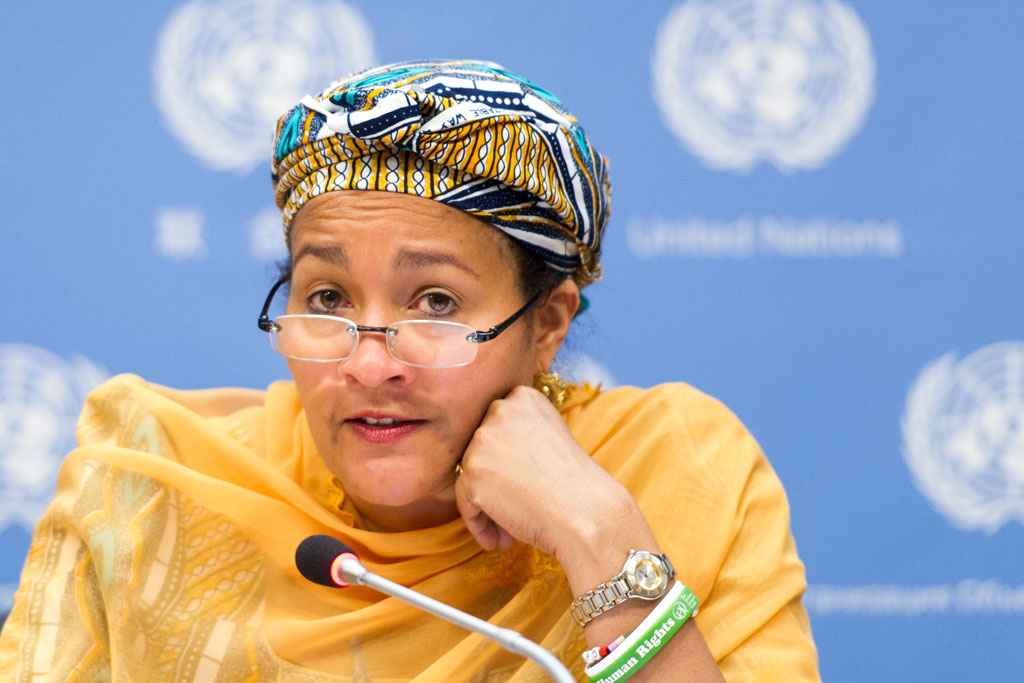 The United Nations Secretary-General-designate, António Guterrestoday announced that he will be appointing Amina J. Mohammed of Nigeria as the UN deputy chief, on his assumption of office as the ninth chief of the global Organization in January 2017.

Ms. Amina J. Mohammed is currently the Minister of Environment of Nigeria, where she steers the country’s efforts to protect the natural environment and conserve resources for sustainable development, read a statement issued by Mr. Guterres’s office.

Before joining the UN, Ms. Mohammed worked for three successive administrations in Nigeria, serving as Special Advisor on the Millennium Development Goals (MDGs). She is also an Adjunct Professor in Development Practice at New York’s Columbia University, and serves on numerous international advisory boards and panels.

Born in 1961, and educated in Nigeria and the UK, Ms. Mohammed is married with six children.

The Secretary-General-designate also announced the appointment of Maria Luiza Ribeiro Viotti of Brazil as his Chef de Cabinet and that he will create the position of Special Advisor on Policy, and appointed Ms. Kyung-wha Kang of the Republic of Korea to this new role.

“I am happy to count on the efforts of these three highly competent women, whom I have chosen for their strong backgrounds in global affairs, development, diplomacy, human rights and humanitarian action,” said Secretary-General-designate Guterres, in the statement adding:

“These appointments are the foundations of my team, which I will continue to build, respecting my pledges on gender parity and geographical diversity.”

Kyung-wha Kang of the Republic of Korea. UN Photo/Manuel Elias

Ms. Ribeiro Viotti is presently the Under-Secretary for Asia and the Pacific at the Brazilian Ministry of Foreign Affairs. A career diplomat since 1976, she served most recently as Brazil’s Ambassador of to Germany (from 2013 to 2016) and as Brazil’s Permanent Representative to the UN (from 2007 to 2011).

Ms. Kang is currently the Chief of the Secretary-General-designate’s Transition Team. She has served as Assistant Secretary-General for Humanitarian Affairs and Deputy Emergency Relief Coordinator since April 2013, and was Deputy High Commissioner for Human Rights from January 2007 to March 2013.