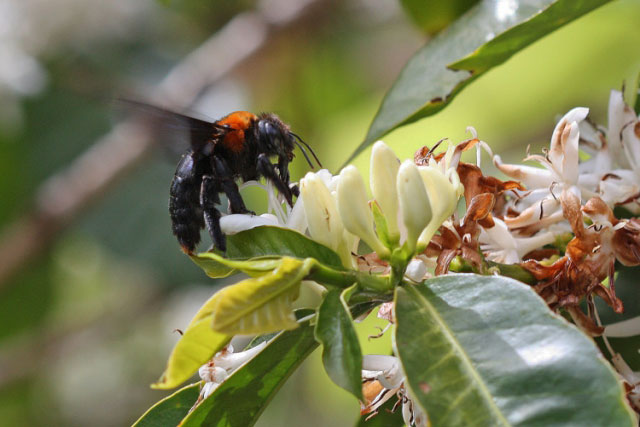 Bees, butterflies and other pollinators are increasingly under threat from human activities and countries must transform their agricultural practices to ensure global crop production can meet demand and avoid substantial economic losses, the United Nations Conference on Biological Diversity heard.

“Pollinators affect all of us. The food that we eat like our fruits and vegetables, our coffee and chocolate, all rely on pollinators. However, pollinators are facing many challenges, from intensive agriculture, pesticides, climate change, which are putting a lot of pressure on them,” said Simon Potts Professor at the University of Reading in the United Kingdom, who is the co-chair of a major report on pollinators being discussed in Cancun, Mexico, today at the 13th Conference of the Parties of the Convention on Biological Diversity (CBD), also known as COP 13.

“There are many solutions and policies that countries can adopt to protect pollinators, so the trick here in Cancun is for countries to take these ideas and really make them work,” he added.

According to the global assessment on pollinators produced by the Intergovernmental Science-Policy Platform on Biodiversity and Ecosystem Services (IPBES), 75 per cent of our food crops and nearly 90 per cent of wild flowering plants depend to some extent on animal pollination, which is the transfer of pollen between the male and female parts of flowers to enable fertilization and reproduction.

In addition, the annual value of global crops that depend on pollinators is estimated to be worth $577 billion.

Without pollinators, crops such as coffee, cacao and apples would drastically suffer, and changes in global crop supplies could increase prices to consumers and reduce profits to producers, resulting in a potential annual net loss of economic welfare of $160 billion to $191 billion globally.

“Pollination services are an ‘agricultural input’ that ensures the production of crops. All farmers, especially family farmers and smallholders around the world, benefit from these services,” said José Graziano da Silva, Director-General of the Food and Agriculture Organization of the (FAO) in the report’s foreword.

The report, which was released earlier this year, offers a number of solutions to halt the decline in pollinators. Some of these include: the promotion of sustainable agriculture, creating greater diversity of pollinator habitats in agricultural and urban landscapes, crop rotation, using indigenous local knowledge and decreasing use of pesticides.

Recognizing that this is a pressing issue, 11 European countries have already announced a ‘Coalition of the willing’ at COP13, which seeks to implement national pollinator strategies, consistent with IPBES report and share new approaches, innovations and best practices, as well as establish new partnerships to safeguard these valuable creatures.