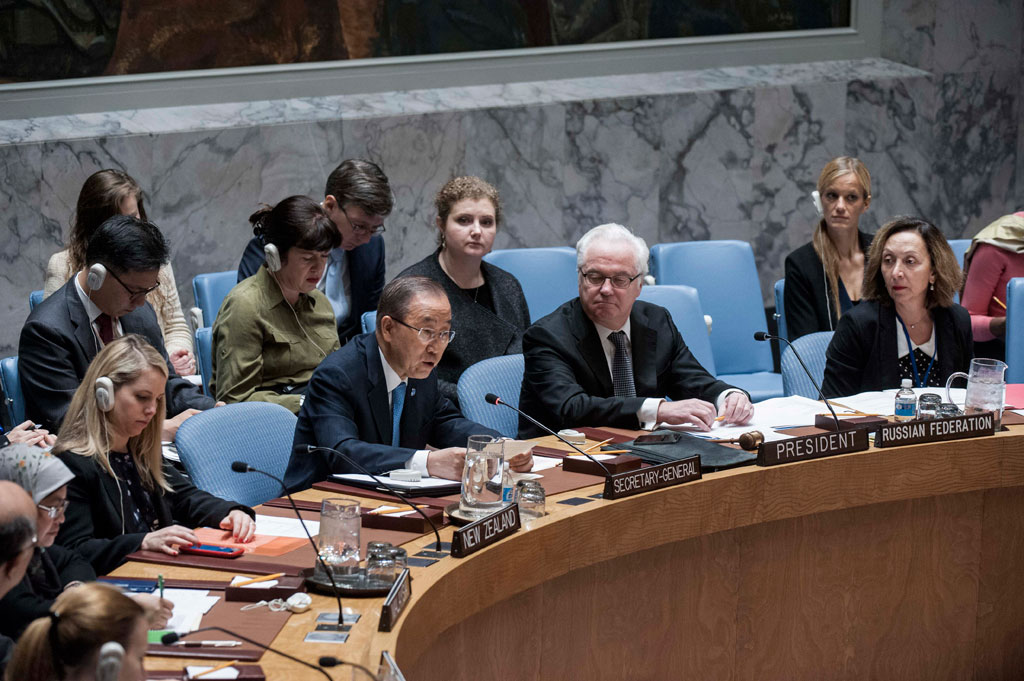 The urgent drive to bring women into their rightful place at the heart of building peace and security “must never stop,” United Nations Secretary-General Ban Ki-moon told the Security Council today, calling for key steps towards that goal, including holding all UN peace operations accountable for putting women and girls at the centre of their work.

“Women have a vital role to play in preventing conflict and building and maintaining peace. But although this is now widely recognized, far too often, women are prevented from full participation in peacemaking and peacebuilding,” Mr. Ban said during an annual open debate on women, peace and security.

“We are all suffering from the effects of this deficit,” he added.

The meeting – which was also addressed by the Executive Director of the United Nations Entity for Gender Equality and the Empowerment of Women (UN Women), Phumzile Mlambo-Ngcuka – was held ahead of the 16th anniversary of the Council’s adoption of resolution 1325 on ‘women and peace and security’ on 31 October 2000.

The resolution reaffirms the important role of women in the prevention and resolution of conflicts, peace negotiations, peace-building, peacekeeping, humanitarian response and in post-conflict reconstruction and stresses the importance of their equal participation and full involvement in all efforts for the maintenance and promotion of peace and security. 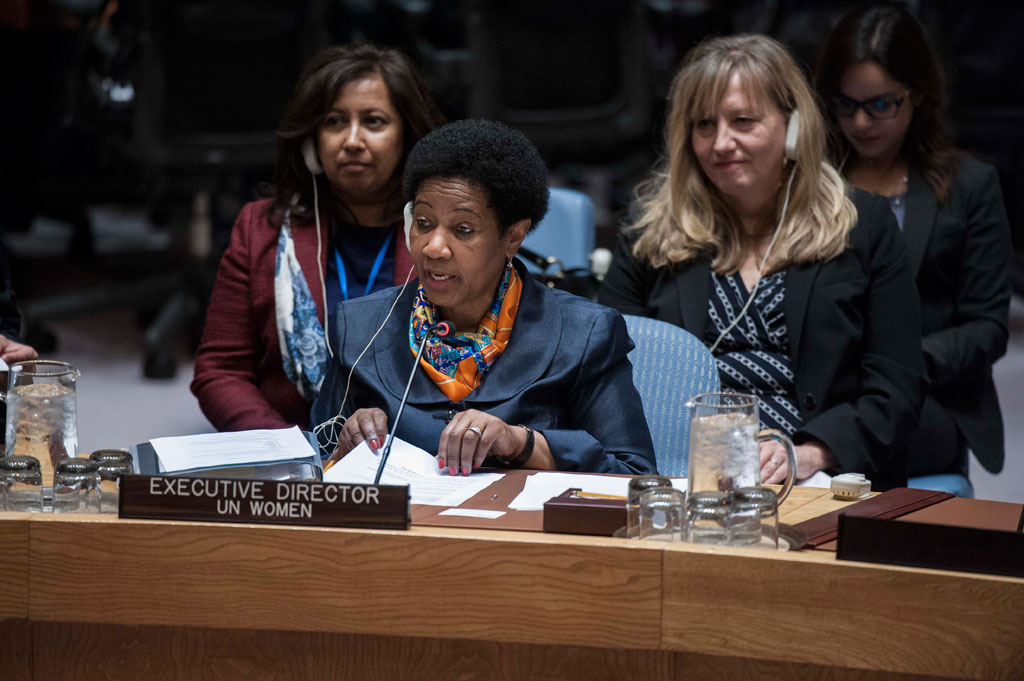 Mr. Ban acknowledged some progress made on this agenda during his tenure as Secretary-General, such as the creation of UN Women, which amplified women’s voices and created momentum for women’s leadership on peace and security.

He said the office of his Special Representative on Sexual Violence in Conflict is focusing international attention on one of the greatest moral challenges of the day time and the Security Council has adopted new resolutions on women, peace and security.

“When I became Secretary-General, there were four countries with National Action Plans on Women, Peace and Security. Today, there are 63,” Mr. Ban said, also underscoring that he had also appointed the first female force commander of a peacekeeping mission and the first female Police Advisor.

The UN chief also noted that hundreds of thousands of women and girls are being helped and supported by UN programmes in conflict-affected countries, and national and international tribunals have issued verdicts that are historic milestones for gender justice. Many countries have committed to action to prevent and address conflict-related sexual violence.

“Perhaps most important of all, we see more inclusive peace processes and peace agreements,” he said, citing the Colombian peace talks that included a group dedicated to gender perspectives and women’s rights.

He said he is “painfully aware that despite all these steps, the situation remains far from equitable.”

In peace negotiations on Syria or Yemen, there may be one woman at the table or in one delegation. And all this is against a backdrop of women and girls suffering inequalities that are aggravated by conflict, who are targeted for particularly brutal crimes by violent extremist groups including Islamic State of Iraq and the Levant (ISIL/Da’esh) and Boko Haram.

By failing to include women ‘we are failing the world’ – Ban 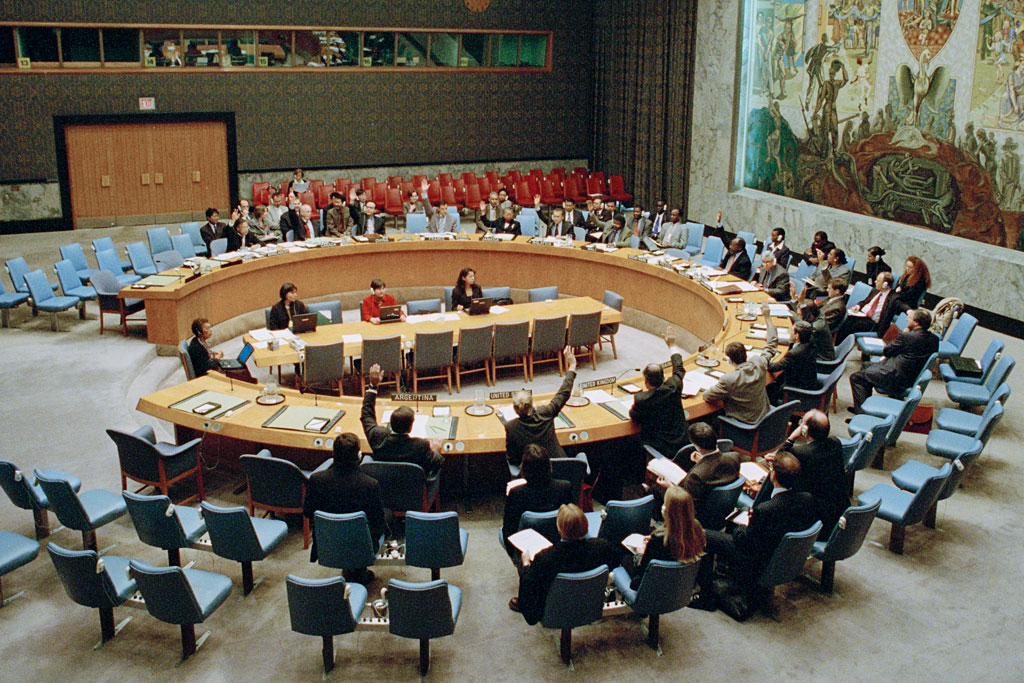 Second, all UN peace operations should be held accountable for putting women and girls at the centre of their work.

Third, the members of the Council must listen to civil society, and particularly women’s groups, in all deliberations on conflict prevention and peacebuilding.

Fourth, it is vital to ensure that there are funds available for these activities, with a minimum of 15 per cent of funding on peace and security to be devoted to programmes that address the needs of women and girls. It is also critical to make full use of the new pooled fund that has been created to channel more resources to women’s organizations working for peace.

And fifth, peace negotiations must be made more diverse. After more than 15 years of advocacy, this has not happened. In failing to include women and girls in peacemaking and peacebuilding processes, “we are failing the world.” Mr. Ban cited one research finding that peace accords are 35 per cent more likely to last at least 15 years if women are at the table.

“I will never stop, and we must never stop, the urgent drive to bring women into their rightful place at the heart of building peace and security,” he concluded.

‘Commitments must not be simply plans on paper’ – UN Women chief

In her remarks, Ms. Mlambo-Ngcuka said the ‘women, peace and security’ agenda “must not simply be plans on paper.” Indeed, the Security Council is well positioned to ensure greater accountability and to match words with action. For its part, UN-Women is already responding to many of the findings and recommendations of last year’s global study on women, peace and security, including by contributing to the implementation of the peace operations review.

Welcoming the United Nations Peacebuilding Commission’s adoption of a gender strategy, she said the UN Women is also working hard to ensure that the broader United Nations approach to preventing and countering violent extremism engages women’s leadership and respected and promoted women’s rights.

“South Sudanese women and girls are raped by armed actors with total impunity, while around the world there were countless examples of extreme political marginalization of women in public life and decision-making,” stated Ms. Mlambo-Ngcuka, adding that Across all conflict and crisis situations, the Council must prioritize women and girls’ protection.