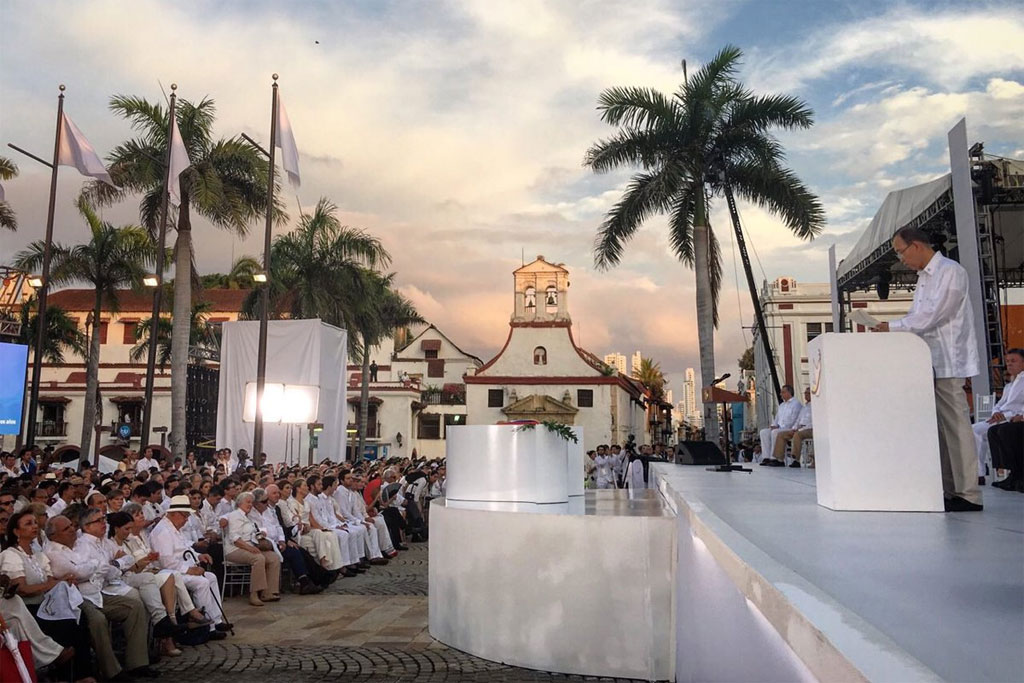 26 September 2016 – United Nations Secretary-General Ban Ki-moon has described the signing of the historic peace agreement between the Colombian Government and the Revolutionary Armed Forces of Colombia – People’s Army (FARC-EP), as a “bidding of farewell to decades of flames, and sending up of a bright flare of hope that illuminates the entire world.”

The agreement is the end of four years of negotiation between the parties in Havana, Cuba, and the mark of an end to one of the world’s oldest armed conflicts.

Last week, Mr. Ban hailed the Colombia peace accord as a powerful message of hope to the world, at a time when other places are troubled by armed conflict. He was speaking on Wednesday 21 September 2016, at a symbolic event held on the International Day of Peace, after President Juan Manuel Santos of Colombia presented to him – before the UN Security Council – documents of the peace accord.

Speaking at the United Nations General Assembly last week, President Juan Manuel Santos declared that his nation was finally at peace with an accord that can serve as a precedent for the rest of the world.

“The bells of peace are ringing in Colombia and their echo is heard by all nations represented in this room,” he told the Assembly on the second day of its annual general debate.

In an earlier statement issued by Mr. Ban’s spokesperson following the 24 August 2016 deal, Mr. Ban  pledged ongoing support of the United Nations system to the two sides as they mustered the “equally determined and exemplary effort” that would be required to implement the agreement.